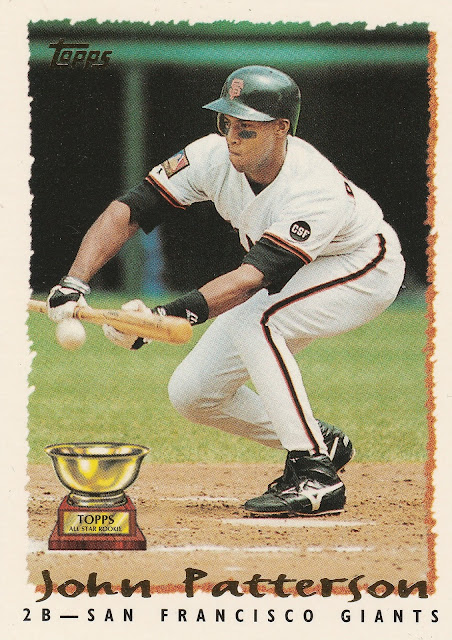 Ever since he was 5 years old, John Patterson wanted to be a major league baseball player. "No model airplanes, no playing the violin, no nothing else, just playing baseball." Patterson achieved that dream in 1992 making his major league debut, and a strong showing in his age 27 season for the Giants 3 years later made him a Topps All-Star Rookie. 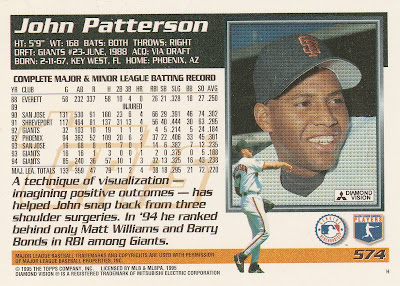 It was a long a painful journey for Patterson, who had season ending surgery on his shoulder as a Single A minor leaguer, drafted in the 23rd round. But Patterson was not one to give up, and in the strike shortened 1994 season, he would get the opportunity for regular playing time at second base for the Giants. The team's long time mainstay at 2nd base, Robby Thomson, played in just 35 games due to nagging injuries of his own, and Patterson filled in with speed and defense to go along with some memorable hits. He hit .262 against righties in 1994, and was 3rd on the Giants in RBI. 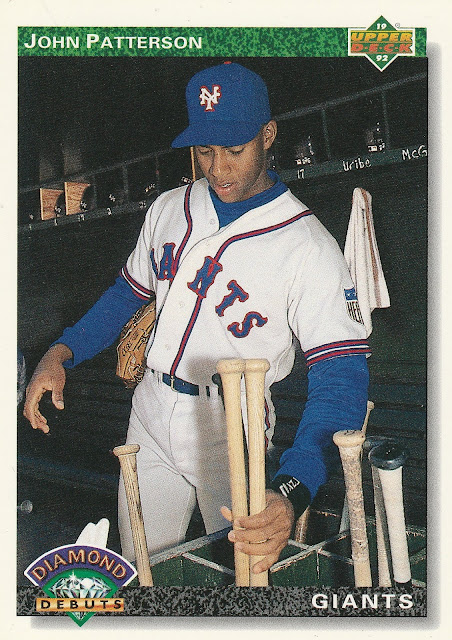 Patterson was first drafted in January 1986 by the Padres, but he opted to stay in college, transferring from Central Arizona to Grand Canyon University, where he teamed up with Angels great Tim Salmon for two years. In 1988, Patterson would be drafted again, this time by the San Francisco Giants. 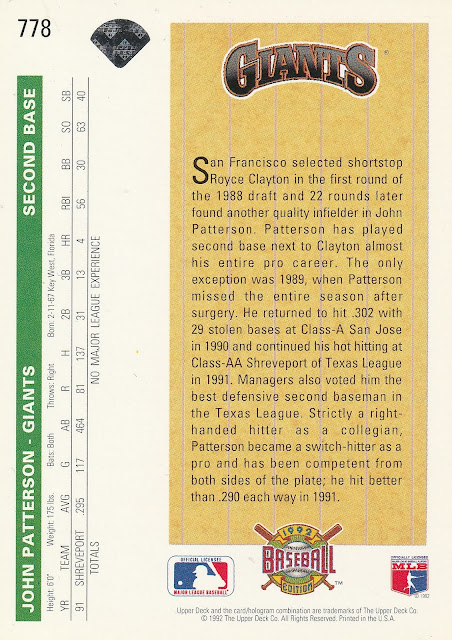 An impressive feat for Patterson - he learned to switch hit as a professional. Throughout high school and college he was strictly a right handed batter, but once drafted by the Giants, he learned to hit as a lefty as well, greatly raising his stock from a 23rd rounder to become the Giants' minor league player of the year. He was also superb defensively at second base, earning him top honors from his organization as a fielder in the minors. In college he did not run much on the basepaths, but that too became a strength in his game as a pro, stealing at least 21 bases in each stop along the way to the big leagues, peaking at 40 steals in 1991. 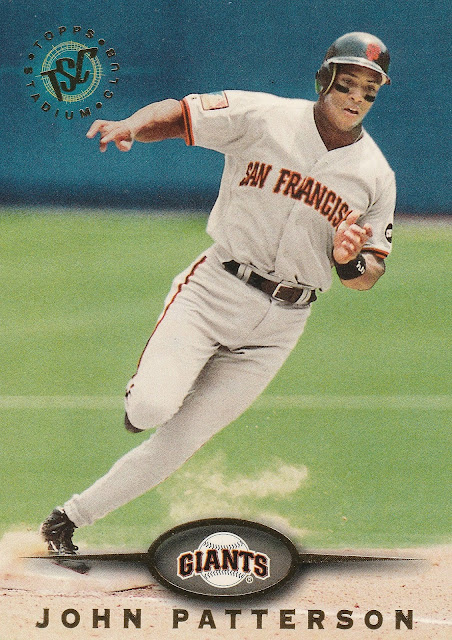 Making it to the big leagues was a story of incredible determination (3 shoulder surgeries), and ultimately he would be forced to leave the game he loved early because of injury. But he certainly made a big impression on his teammates when he was on the field. In 1993, his first hit of the year was a tie-breaking pinch-hit homer off the Braves' Mark Wohlers in the ninth inning. It couldn't have come at a better time for the Giants, who were trying to maintain a 4.5 game lead over Atlanta in September. Wohlers hadn't given up a homer in his previous 71 appearances. 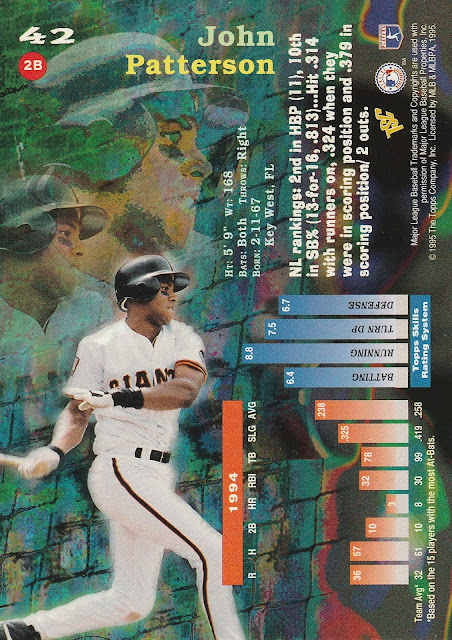 Patterson's other peculiar skill as a big leaguer was taking one for the team- in 1994 and 1995, Patterson was hit a total of 23 times - 2nd most in the NL in 1994, and 4th most in 1995. His final MLB game would be in September of 1995, still just 28 years old. The Tampa Bay Rays signed him in 1998 following a pair of lost years, and he would finish his professional career with 31 games in Tampa's minor league system.

For some great highlights from his brief career, check out this sweet 3 minute YouTube video, including Dusty Baker in the dugout, Joe Morgan on the mic, and John Patterson showing the skills that allowed him to reach baseball's highest level.
Posted by Brian at 7:32 PM