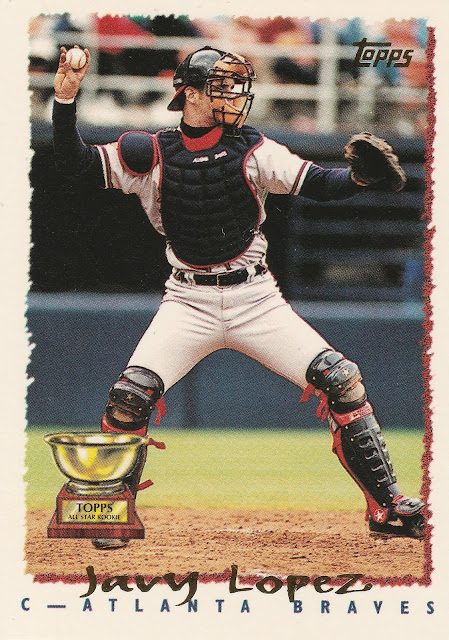 The 1994 Topps All-Star squad picked a great catcher for their squad, even though he played about half a season his rookie year. In 80 games for the Braves, Lopez platooned with veteran receiver Charlie O'Brien. Lopez did get the lion's share of opportunities and did not waste them. 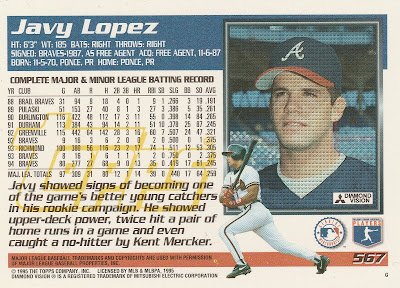 Javy was still learning on the job behind the plate - leading the NL with 10 passed balls and allowing 66 stolen bases, catching just 23% of the runners that tried to take an extra base. But his offense was already major league ready, crushing 13 homers in those 80 games. 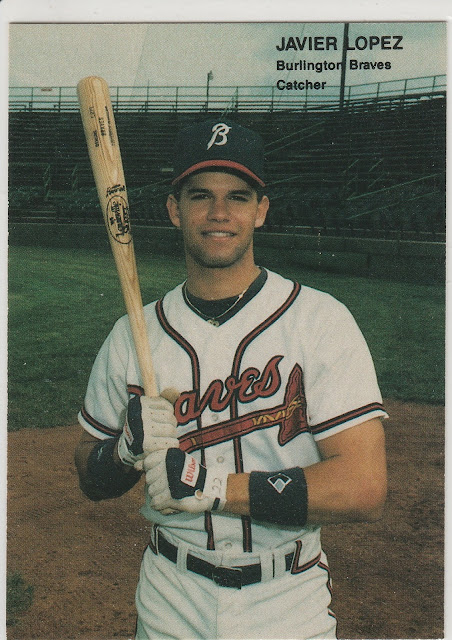 Javy celebrated his 17th birthday in Ponce, Puerto Rico, then signed a contract with the Braves the next day in November 1987. He would spend 2 years in short season rookie ball, then start his steady ascent to the big leagues in 1990 with a full season at single A Burlington. By 1992, he was hitting in the mid .300s with power in AA. He would make his MLB debut in September of 1992, and after another season in the minors, his bat forced the Braves to call up the promising youngster. 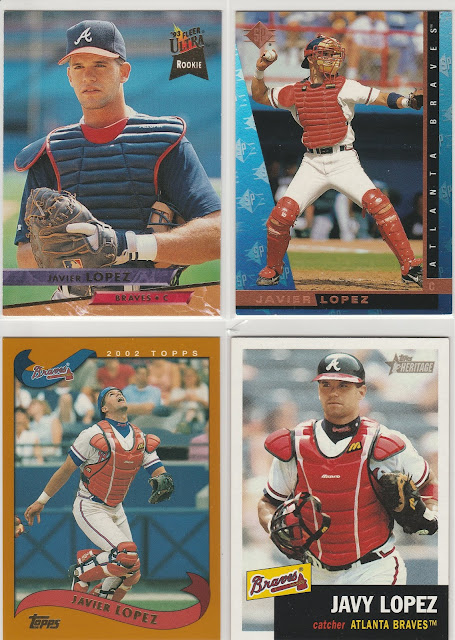 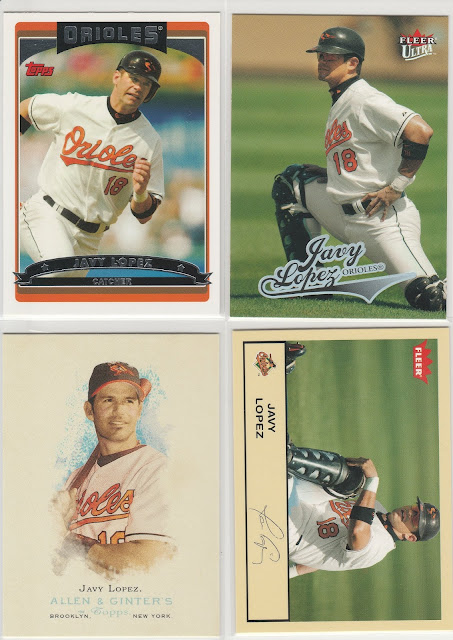 Following his Braves career, Lopez moved to the AL East, and took on catching duties for the Baltimore Orioles in a chaotic time for the franchise. Lopez would cite the heavy involvement of Orioles team owner Peter Angelos as contributing to the disjointed atmosphere. In his 2.5 seasons in Baltimore, Lopez had 46 homers and a .293 batting average, actually slightly higher than his Braves career average. The team did not have the same success, however, and he was dealt to the Boston Red Sox in an August deal for a player to be named later. Lopez had a brief 18 game tenure in Boston and did not play in the post season. in 2007 Lopez tried to continue his career with the Rockies, but was released in March and retired.


Let's hear your favorite (or I guess least favorite if you didn't root for Atlanta or Baltimore) memories about Javy Lopez! Thanks for reading and I'd love to read your comments below.
Posted by Brian at 5:46 PM