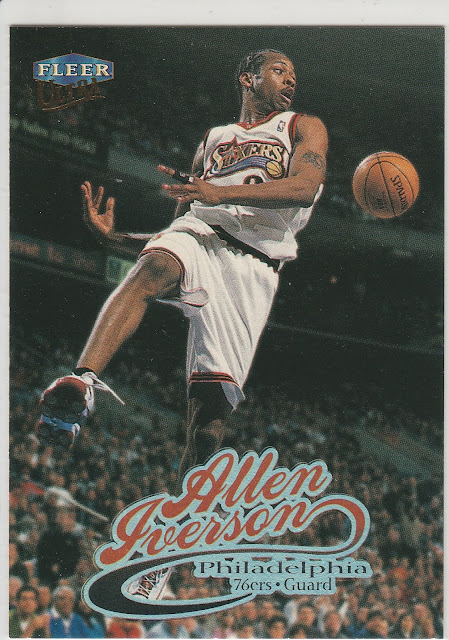 With the NBA Finals starting tonight, I thought I would share the small stack of basketball cards I added from my most recent COMC splurge. I took full advantage of the recent spring sale (I even sold 5 cards!), and added a ton of cards to my 1959 Topps set build. But I also went off on a few tangents, including a trip down memory lane to a couple of my favorite basketball players. 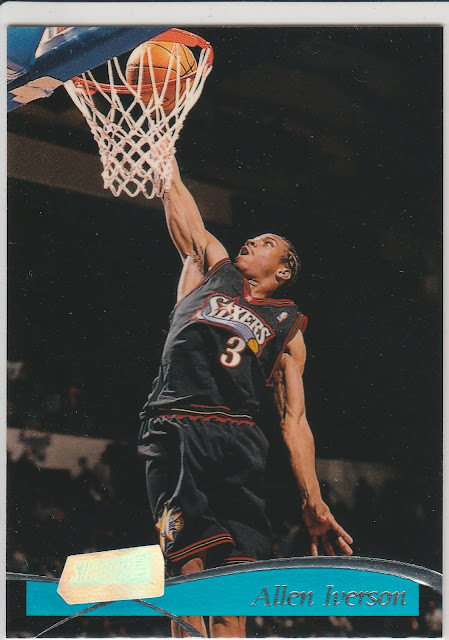 Allen Iverson is relentless. Tenacious! Gritty! The man's got heart. I understand some people don't like Iverson for whatever reason, but I have to disagree with them. I wouldn't call myself a Sixers fan, but I definitely was a big fan of AI. 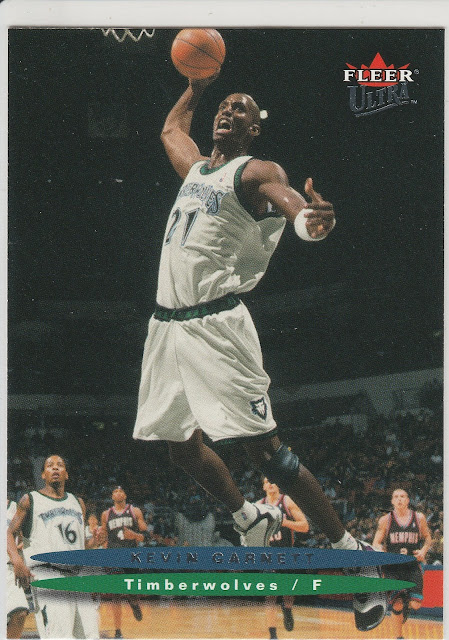 One reason I couldn't call myself a Sixers fan was this man right here. In many ways, Iverson and Garnett were two sides of the same coin - intense competitors whose play on the court rose the quality of play of everyone around them. Garnett was like a 6'11" Allen Iverson! Even though he had to go to Boston to get it, I was so happy for KG when he won the NBA championship and shouted "ANYTHING IS POSSIBLE!!" Just a great moment. 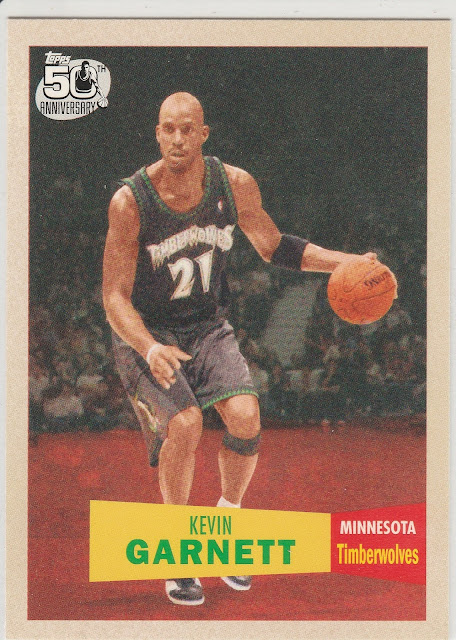 I'm making it official- I want to build a 1957 Topps Minneapolis Lakers Team Set (I already have the toughest card, HOF rookie Vern Mikklesen), so this card is an appetizer. 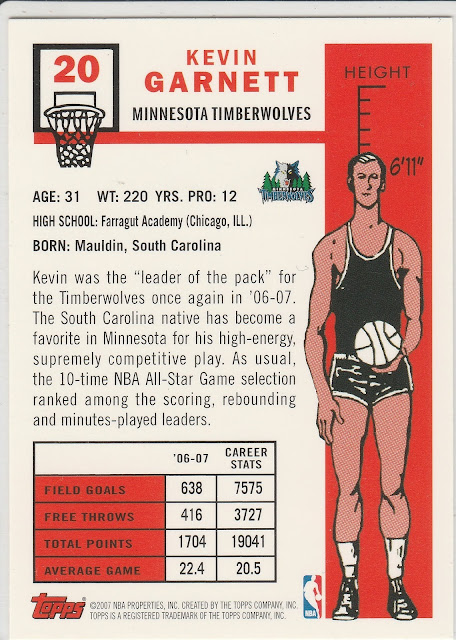 For the 50th anniversary of the set, Topps re-created it, right down to the fun card back showing the sample ballplayer in front of a giant ruler. 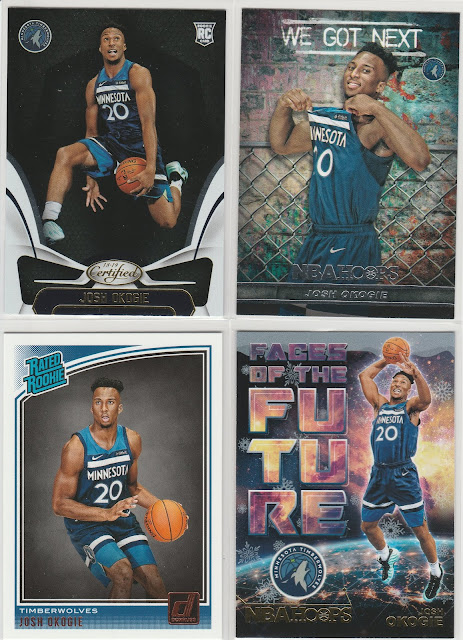 I don't watch nearly as much NBA basketball as I used to, but with the Wolves playing well again (making the playoffs last year, narrowly missing this year in a tough West), I made a point to catch a few games. I was blown away by reserve guard Josh Okogie - he's probably 8th or 9th on the depth chart, but he had several games last year in which he would take over for several minutes at a time. He would get a steal and go coast to coast, lock down the opponent's top scorer, get a key blocked shot, or knock down a clutch three point shot. He's a fan favorite for sure. 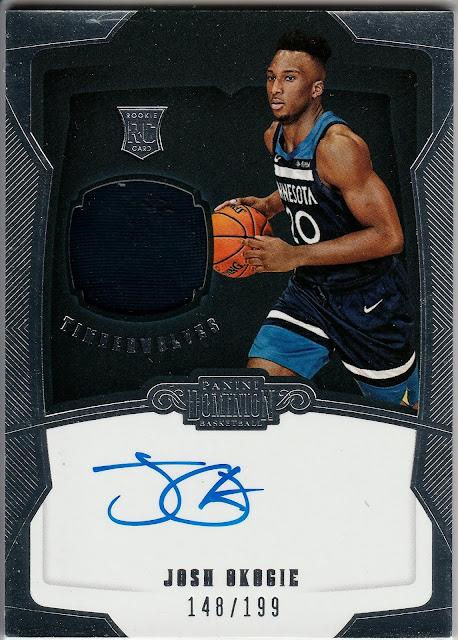 Since he's not Karl Anthony Towns (or even Andrew Wiggins for that matter), this jersey / autograph combo was under $5 bucks. Game 1 of the NBA Finals is starting soon - are you rooting for Toronto or Golden State?