COMC Haul - The Minnesota Not Twins 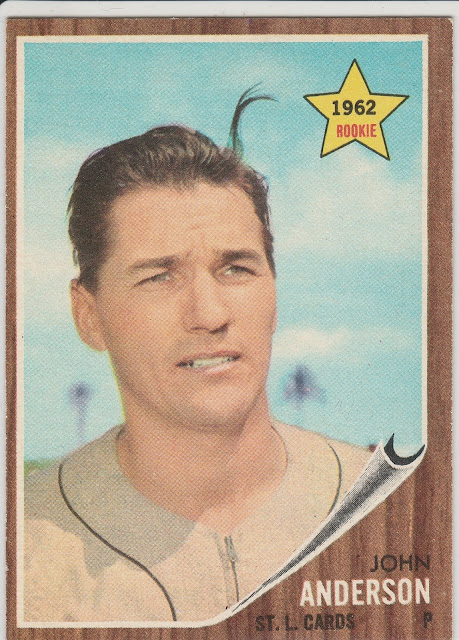 Saint Paul has 3 Hall of Famers that called it home - Winfield, Molitor, and Jack Morris. It was also the birthplace of John Anderson, who made 24 major league pitching appearances. The zipper is a neat feature on that jersey, and of course that distinctive wind blown lock of hair stands out. 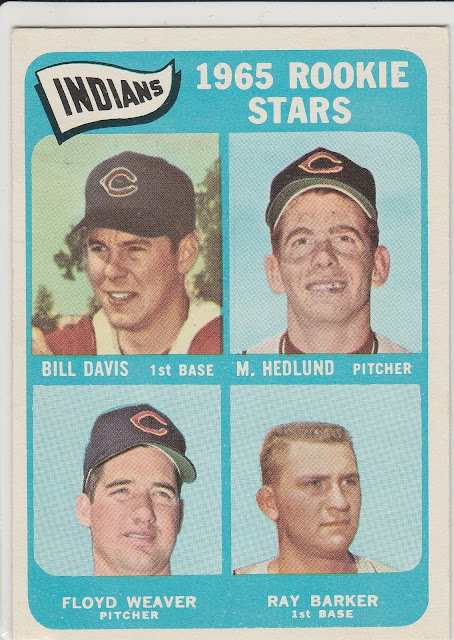 Bill Davis was a big time power prospect out of Richfield High School (just south of Minneapolis) and the University of Minnesota. In 1965 in the minors he hit 33 homers, and that made Topps very interested in the young man for the rest of the 1960s:

They only need 2 photos to get 4 more Bill Davis cards. He had 71 minor league homers overall, but just one at the major league level. There's a nice SABR biography of Davis by Daniel Leavitt, who at 6'6" was a two sport star at the U of MN. 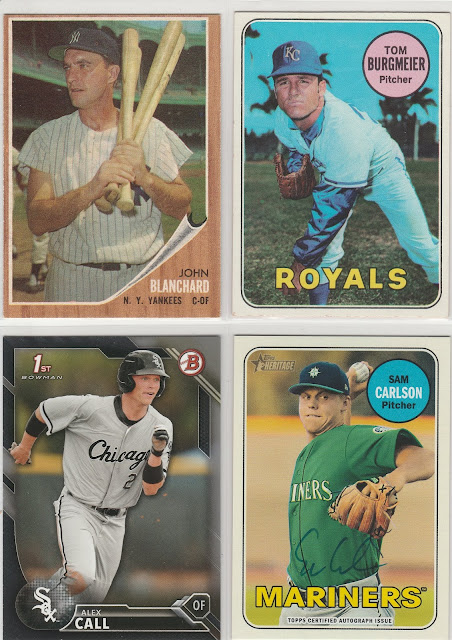 Minneapolis was home to Yankee Johnny Blanchard, who attended the now defunct Central High. His 8 year major league career included 2 W.S. titles. He was primarily a reserve, but was used extensively in the post season- He had a pair of homers in the 1961 series, and hit .345 overall in 15 post season games over 5 seasons.
Lefty Tom Burgmeier  appeared in 745 games in the majors was also born in Saint Paul, but he attended high school (Up North!) in Saint Cloud. He was an All-Star in 1980, saving 24 games for the Boston Red Sox. For his career he had a 3.45 ERA and won 79 games while saving 102 others.
Alex Call is from Burnsville, MN attending High School in Thief River Falls, WI and Sam Carlson is from Savage, MN originally, but went to Burnsville High School! So that's neat. 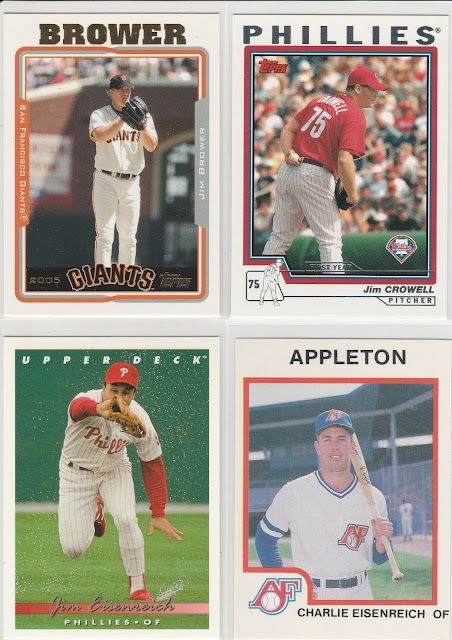 Jim Brower and Jim Crowell pitched for short stints in the mid 2000s, while the Eisenreich bros saw playing time in various outfields in the 80s and 90s. Big brother Jim had the longer career. 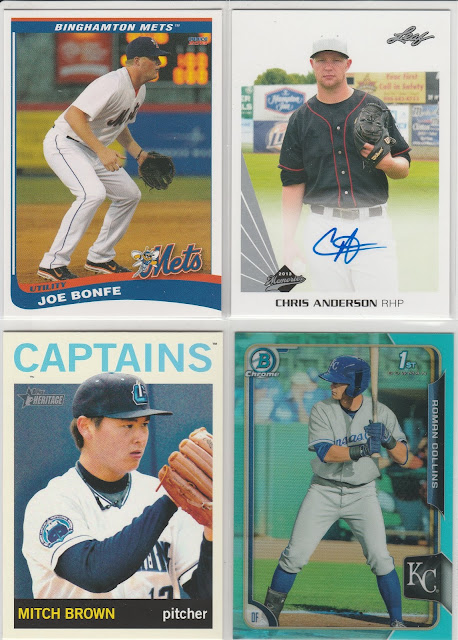 There were and are still plenty of Minnesotans in the minor leagues still waiting or never getting their shot in the Show, but there's still time for many of these guys. 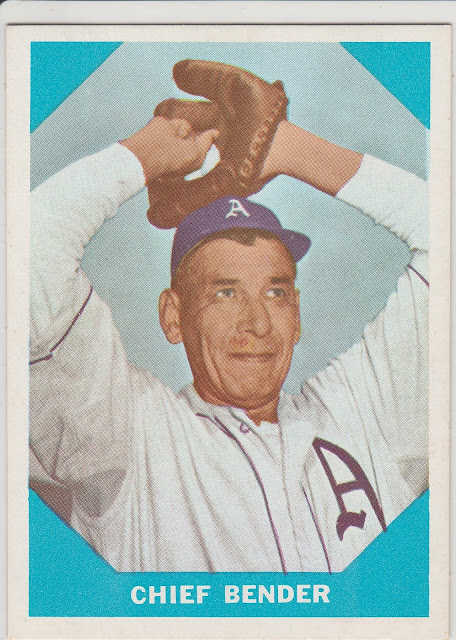 The other Hall of Famer from MN? Charles Albert Bender, who was born in Crow Wing County. Not long into his youth he was taken to a boarding school in Ohio, where he would ultimately learn the finer points of athletics before become a literal Athletic for Connie Mack. 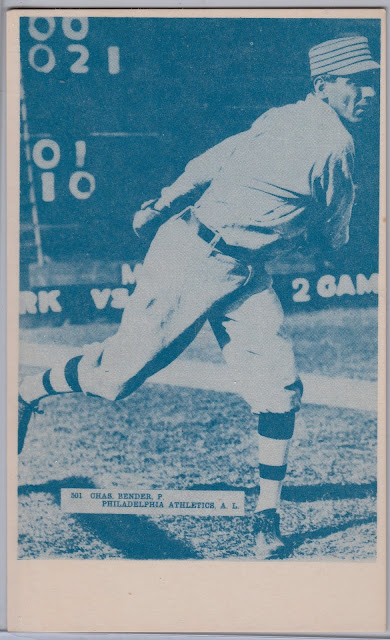 This postcard is a reprint from a pre-war issue of Bender in the prime of his A's career. All of these were acquired in the latest COMC binge, taking advantage of the Spring Sale.