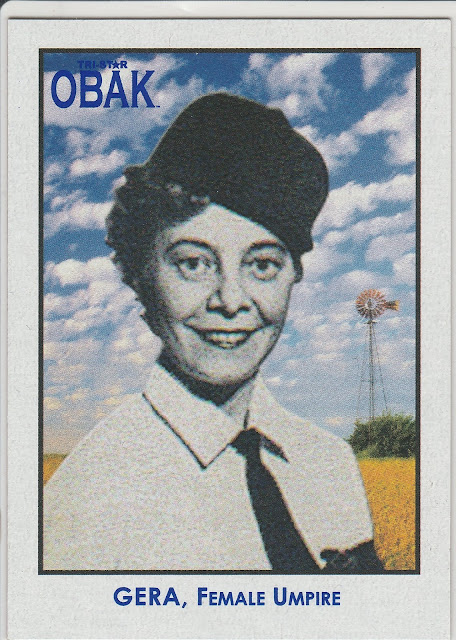 Bernice Gera worked as a secretary in the 1960s, but she loved baseball and wanted to find some way to contribute to the game she loved. She was an accomplished outfielder in her youth, and had even faced Hall of Fame pitcher Bob Feller in an exhibition game and tallied 3 hits off of him. In her Jackson Heights, NY neighborhood, she would teach the neighborhood kids how to play, often serving as the umpire. She knew that there were not many women coaching baseball, but believed firmly that her gender was a strength rather than a weakness, providing a measured and calming presence for the kids when the game could otherwise become unruly. In 1967, she was struck by the idea that she should try to become an umpire and enrolled in a umpire academy. 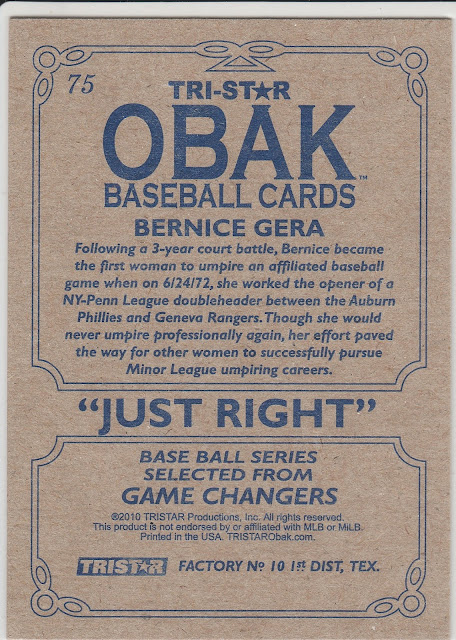 Despite the lack of facilities for women at the academy, Gera took up residence in a nearby hotel that she would have to use as living quarters and locker room. She completed the course without incident, and began sending out her resume trying to find an umpiring job. She focused in on the NYPENN League, due to the proximity to her family. She was signed to a contract for the 1969 season, but it was voided shortly thereafter by the NAPBL (what would later be known as the Minor Leagues) President, citing that there was a minimum size requirement for umpires (5'10", and 180 pounds). The 5'2" Gera jokingly offered to put on the weight, but the Minor League president wasn't laughing. Gera took her case to court, citing discrimination based on gender. In the meantime, Gera did get the opportunity to hone her skills at the Bridgeton Invitational Baseball Tournament. Bridgeton was at the time a new Tournament, founded in 1967 (and still going today).  She would serve as an umpire there for 3 years.

In 1972, the long court battle was over and Gera had won the right to work for the NYPENN League. The victory would be short-lived however- she faced a hostile work environment, as the other umpires did not want to work with her, to say nothing of the environment of working as an umpire in general. In her first and only game, she was stationed at 2nd base when there was a close call on possible double play. She initially made a safe call as the Auburn Twins' runner was retreating to the bag, there was no tag applied. The runner should have been out, however, because the shortstop had caught the line drive before it hit the dirt, throwing to second for a force out. She reversed her call, and the Auburn manager came out to berate the rookie umpire. Varying accounts of what was said have been reported, but all agree that Gera admitted her mistake and the manager retorted that it was her second one-- the first being trying to become an umpire in the first place. The manager was ejected, but Gera was sick of it. She had been scheduled to be the home plate umpire in the next game, but instead she decided to retire, citing not the interaction with the manager, but the interaction with her fellow umpires. The crew chief and the rest of the umpires would not speak to her, and as the crowd and players from both teams taunted and tried to bait her into an outburst, the other umpires did nothing. She had made her point, and chose not to continue to absorb the abuse. She would go on to a job working for the New York Mets as a community relations and promotions specialist.

When the Baseball Hall of Fame and Museum opened its Women in Baseball wing in 1992, Gera's umpire mask and broom were included in the exhibit.