The Chronic-WHAT?!-cles of Triple Breaks 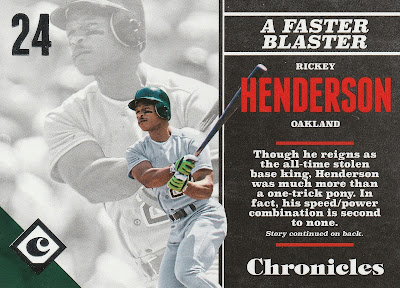 Matt from Bob Walk the Plank got things rolling for 2018 with this Triple Break of 2017 Panini Chronicles. 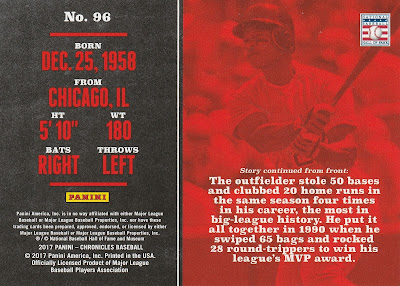 The set features both current players and Hall of Famers like Rickey. Kevin did really well in this break and I was happy to see some cards from this new set. I was hoping to snag a Bartolo Colon card, as he's listed as a Twin, but the luck of the draw was not with me this time. 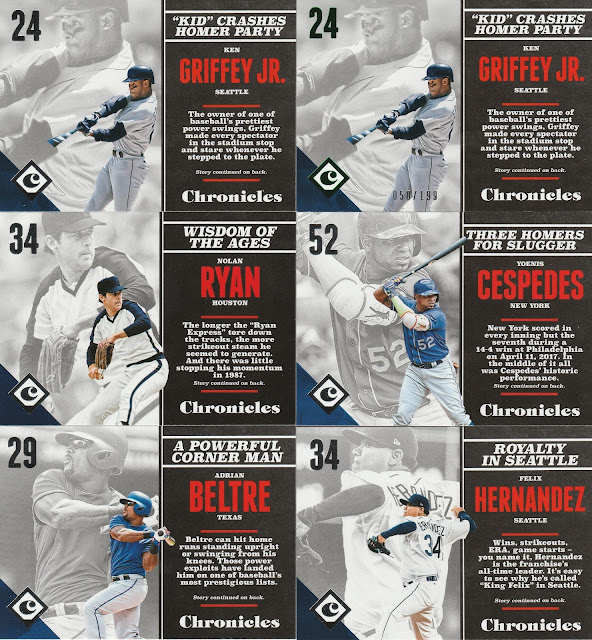 I ended up with the NL East and the AL West in the break, which meant getting the parallel Ken Griffey, Jr on the top right. They aren't the flashiest,  but the design is better than most logoless offerings. 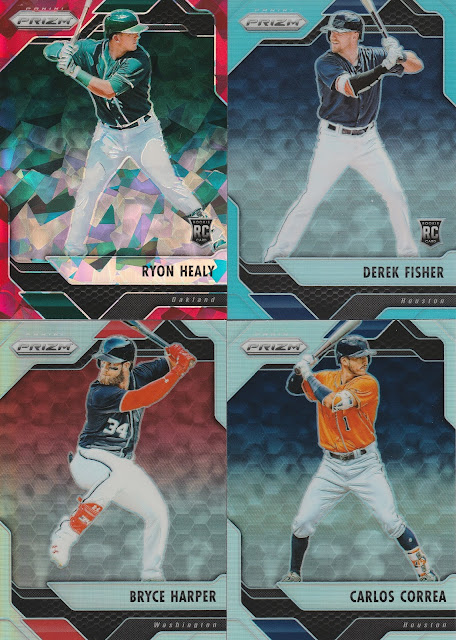 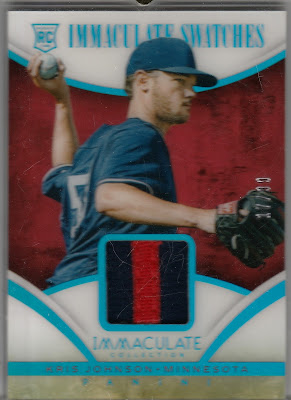 As is traditional for the Triple Break, Matt made this a trade of Twins goodies too. Kris Johnson was a Pirate at one time, coming to the Twins in the Justin Morneau trade a few years back. Morneau is back in MN this year as a roving instructor and part time color commentator on Twins telecasts. 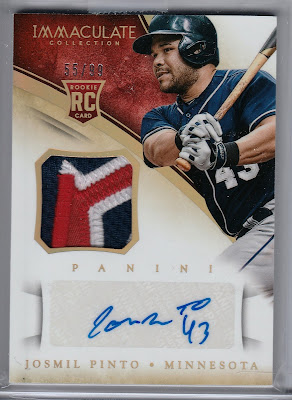 That's a nice patch! Looks like it is from the middle of the jersey where the two sides overlap to be buttoned up. Pinto included his jersey number in his sig. 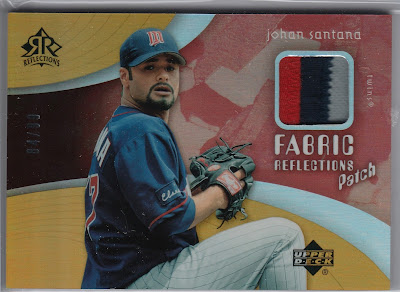 I still don't see how Johan managed to get zero only ten (thanks, Chris!) Hall of Fame votes - I'm not saying he should have been inducted, but he's probably a better pitcher than a few guys already in the Hall, and deserved to be in the conversation a little while longer. He had a fantastic peak, even though it was a shorter career than the traditional Hall of Famer.


Thanks again for the Break, Matt!
Posted by Brian at 1:49 PM