Here they are - the Topps All-Star Rookie Team, selected "by the Youth of America" following the 1974 season and featured in the 1975 Topps set.

I have completed the run of these up through 2017 Series One, at least all regular issue cards that bear the All-Star Rookie Trophy.

Topps decided to skip the Trophies on the 1974 Topps Set, but they made a triumphant return in 1975. I wanted to show my appreciation for this expression of good judgement, so for the 1974 Lineup, I will do a separate post for each player. This was a pretty good crop of players, so let's dive in!
Third Baseman - Bill Madlock 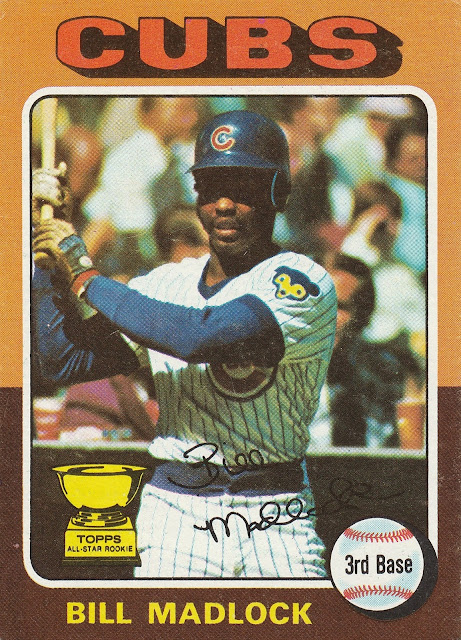 It was a tall task for Mad Dog in his first full major league season - replace a Hall of Fame fan favorite at a vital position. Madlock was asked to take the place of the recently traded Ron Santo as the Cubs' Third Baseman. 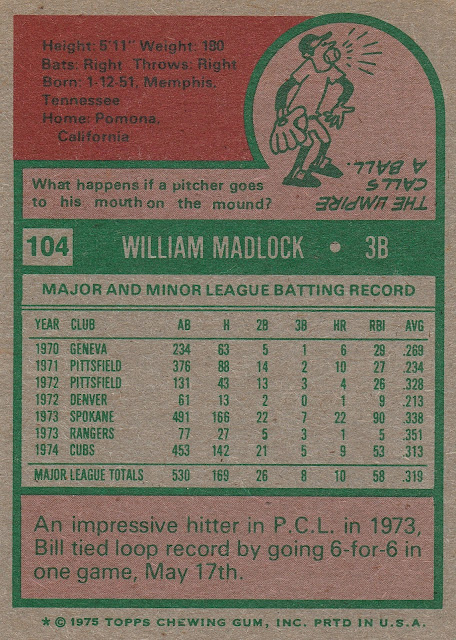 He responded with a tremendous rookie year at the plate, then reeled off a pair of batting titles. The Cubs couldn't agree to a contract with Madlock following 1976. They decided instead to trade him to the San Francisco Giants. They moved Madlock from 3rd to 2nd base, but the position change didn't slow down his bat. His stint in the Bay Area could be called tumultuous, and his reception chilly as a windy day at Candlestick. He managed to get into a much publicized fight with teammate John Montefusco during Spring Training. Madlock had heard that Montefusco had told the press that the Giants were a "team of losers," so he confronted "The Count" mid-interview at his locker. The two men had to be separated by teammates. 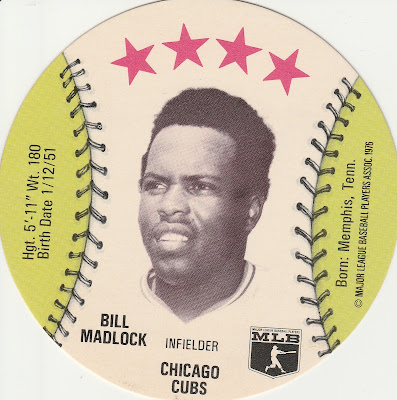 The following season didn't start any better off the field. A rumor was passed around that Madlock was instrumental in sabotaging the team's efforts to acquire Rod Carew in the off-season. Further complicating things, the rumor seems to have started from the Giants' owner Bob Lurie. The situation seemed to leak onto the field as well. His batting average in 1979 was well below his career numbers, and his slump did nothing to improve his mood. The famously short-fused Madlock tangled with Braves' pitcher Bo McLaughlin after a night of ducking fastballs high and tight. Mad Dog's elbow ignited a bench clearing brawl. Two days later, he was traded to the Pirates. 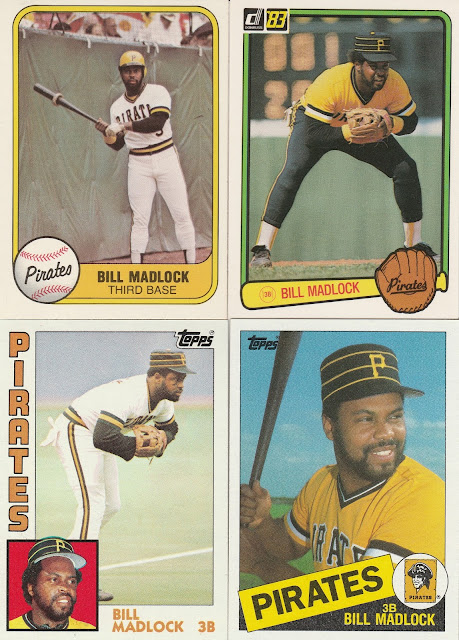 The change of scenery did wonders for Madlock, and he found a clubhouse that embraced him as a member of the Fam-A-Lee. His bat turned around as well, hitting .328 for the remainder of the season and .375 in the World Series. He would go on to win 2 more N.L. batting titles in Pittsburgh, and became Willie Stargell's successor as Pirates' team captain. 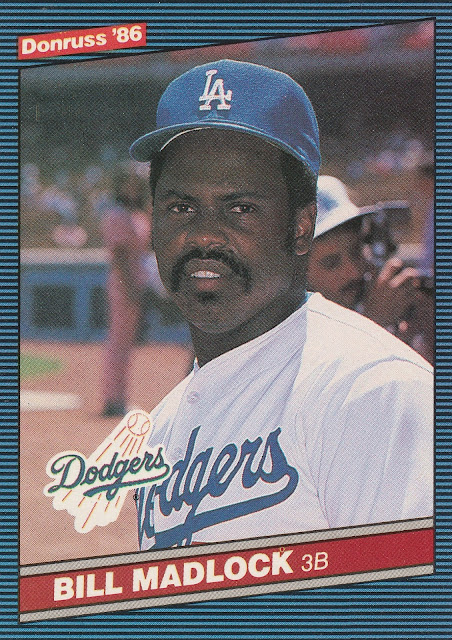 Madlock was traded to the Dodgers in 1985 - He finished the season hitting .360 for LA. He had some injury issues in the years that followed, limiting his effectiveness. He was released in early 1987 by the Dodgers, but found himself back in the thick of another pennant race. 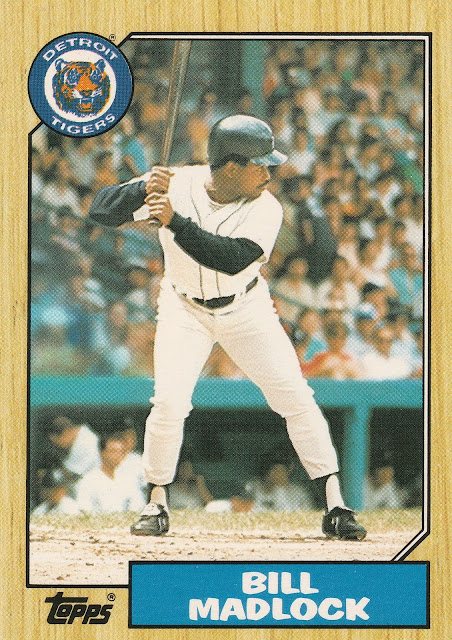 The last stop in his playing career came with Detroit, making one more trip to the post season and providing a little extra veteran leadership. In 1988, he played in Japan and hit a career high 19 homers. He had over 2,000 hits in the major leagues and his 4 batting titles place him among elite company.
Posted by Brian at 8:01 PM