Starting out we have some guys from a big gap in my collection - the early to mid 2000s are underrepresented in this house! 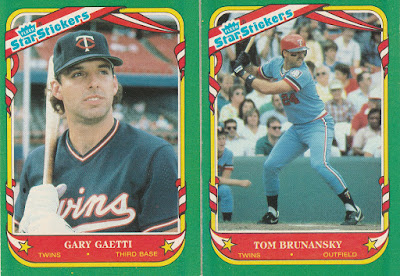 "The Rat" and the Twins' current hitting coach Tom Brunansky at the height of their powers . . . 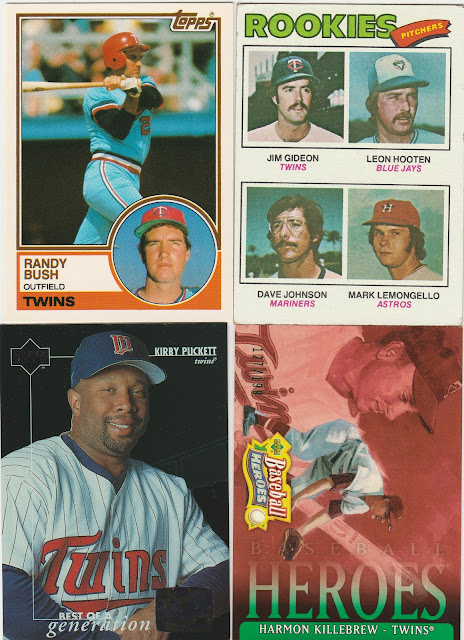 Randy Bush is not a household name by any means, but he had some very solid seasons in the 80s opposite Bruno and Kirby. He ended up platooning / coming off the bench more by the time the Twins won their first championship, but he was a regular contributor. I think Mark Lemongello my have my favorite name on that 77 Topps rookie card. A new to me Kirby is always nice, and the Killer is Serial numbered to 199! 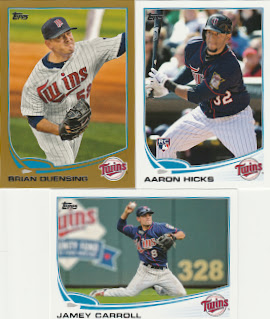 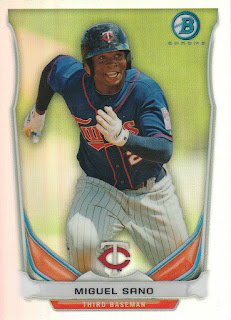 The Big Mini! Miguel Sano is listed at 6'4" , 260 pounds. He was quoted recently as saying he worked hard in the offseason and dropped a whopping 5 pounds. He's still growing! 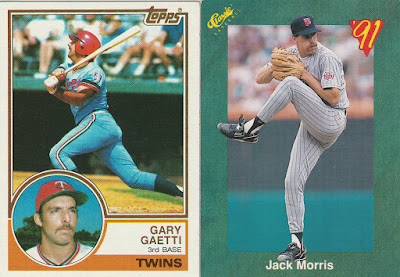 One more rat and the best free agent addition in Twins history (next to Josh Willingham, right Wes?).

Thanks so much for these and for getting the ball rolling for the Super Traders!
Posted by Brian at 8:00 AM