Almost every card was serial numbered, and two that weren't were Relic patches. 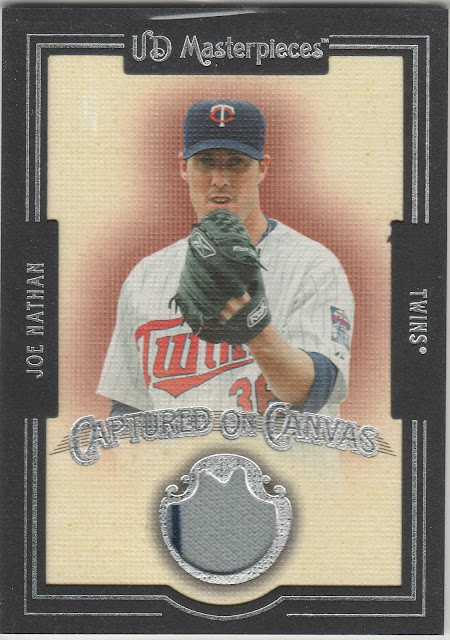 Leading off is closer Joe Nathan - in the very cool UD Masterpieces set. 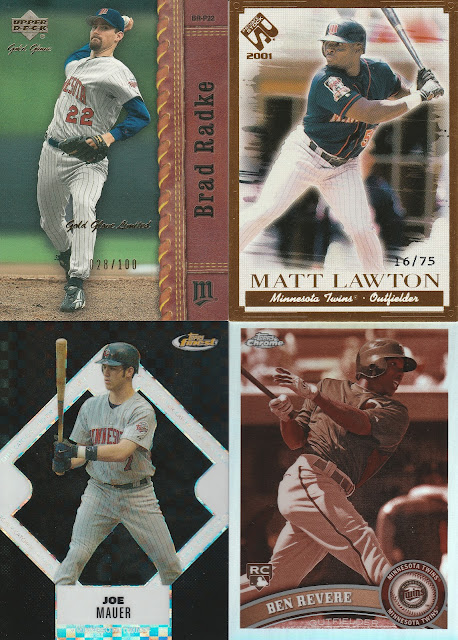 Another awesome trio. The back of the Benson card mentioned that the Twins have "big plans" for him after he was named minor league player of the year. Well, after bouncing around the league in the minors ever since, the Twins have re-signed him for one last chance this season, maybe those big plans can finally come true? 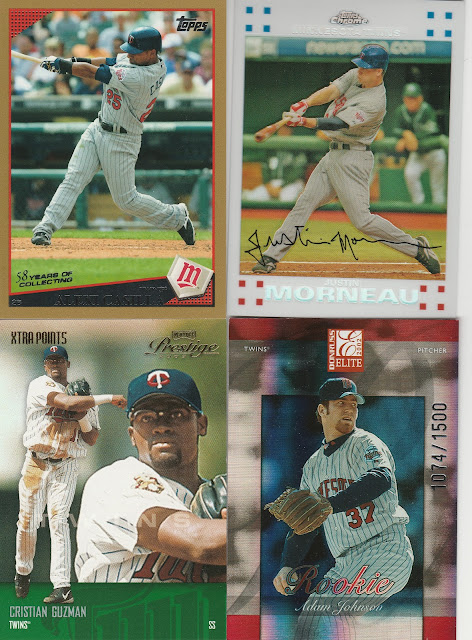 More serial numbered greatness. Adam Johnson was a big disappointment for the Twins, he was a high draft pick that just didn't pan out. 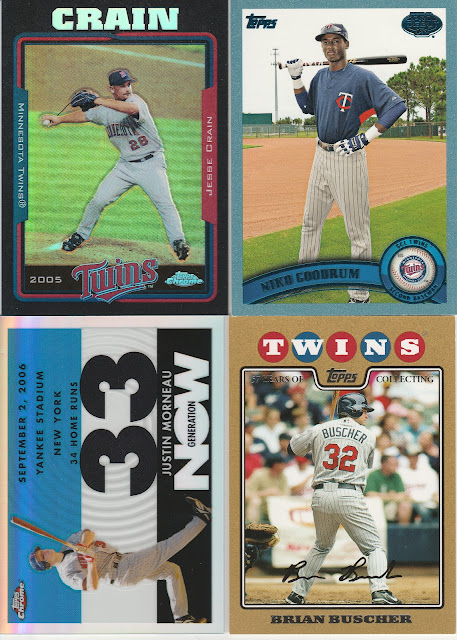 I really like the Jesse Crain black refractor. That's a sharp looking card. 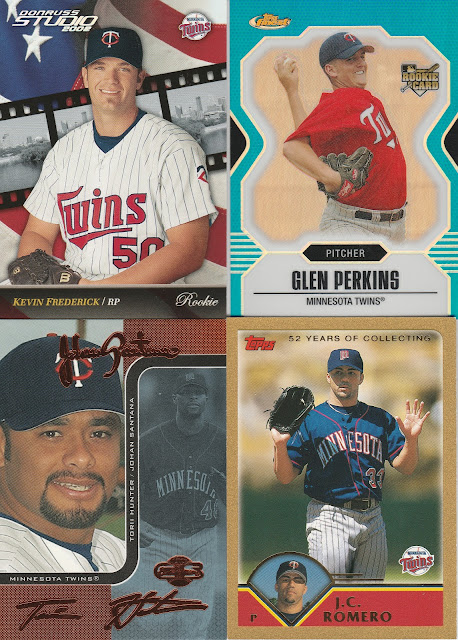 I kind of lost track of Studio after the first few years, but it looks like the quality stayed up well into the new millenium. The film strip background features a view of the Minneapolis skyline from the small pond in Loring Park, just south of downtown. Not a common sight on cardboard! 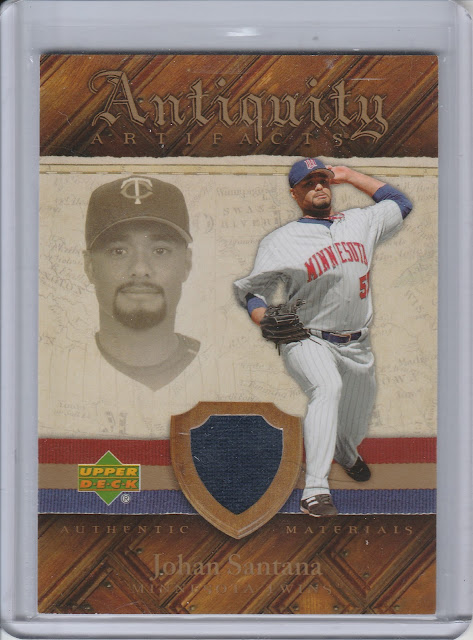 One more relic for the road. Good old Johan Santana. In his prime there was no one that could touch his change up.

Thanks so much Brett - this was an awesome package!
Posted by Brian at 6:15 PM