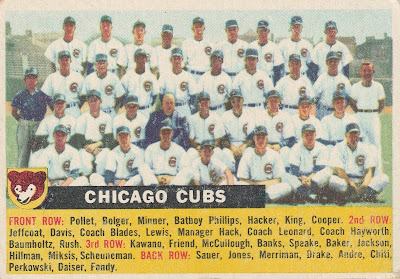 One of the fun things about a completed set is deciding how you want to organize it. I have the 1956 Topps set in a binder, sorted by team, in the same order that the teams finished in the 1955 Standings. In 1955, the Chicago Cubs finished in 6th place in the National League with a 72-81 record.

The Cubs were in the thick of the pennant race for the first half of 1955, but the second half saw the team fade to 6th place. It was the final season for play-by-play announcer Bert Wilson, known for catchphrases like "I don't care who wins as long as it's the Cubs!" and "Bring on the Bears" when the Cubs' chances for the pennant had begun to fizzle out. Wilson was hired to be the Reds TV announcer starting in 1956, but he passed away from heart failure in the off-season. Despite a team that was largely unchanged from the 1955 club, the Cubs would slip to last place in the National League in 1956. 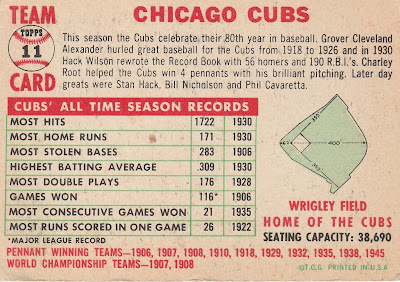 1955 was the team's 40th in Wrigley Field, and their 80th in the National league. Their dynasty from the 1900s was now a distant memory, and it had been a decade since their last pennant. There was reason to be optimistic for the future, however, with their superstar short stop just beginning to blossom. Unfortunately for the Cubs, they would not finish in first place again until 1984. 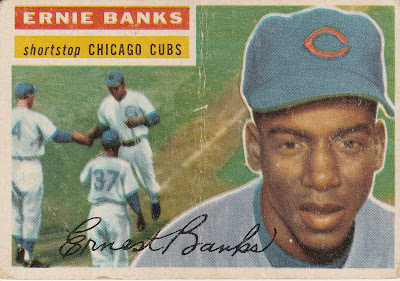 The Cubs' best hitter in 1955 was that aforementioned superstar Shortstop, Ernie Banks. Banks was signed by the Cubs to be Gene Baker's roommate a couple years earlier. Baker had been signed from the Kansas City Monarchs, with Banks taking his place as the Monarchs' regular shortstop. A couple years later, it would be Banks and Baker making their Major League debuts together in 1953. 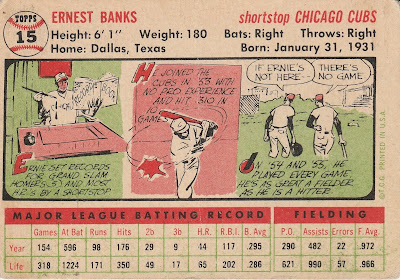 In 1955, Banks crushed 44 homers and drove in 117 runs while playing every game of the season. He led the National League in extra base hits and made his first All-Star Game. He would become a first ballot Hall of Famer, 2 time NL MVP, with over 500 career homers. He was "Mr. Cub" from the very beginning. 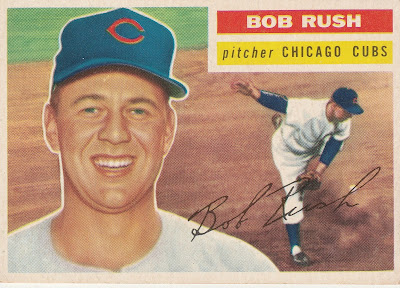 The pitching staff was fairly uneven in 1955, led by Bob Rush, who went 13-11 with a 3.50 ERA. Rush led the National League in FIP, which is a measure of pitching independent of fielding. He had a microscopic walk rate, and was stingy about giving up homers, and had decent strikeout totals for the season. 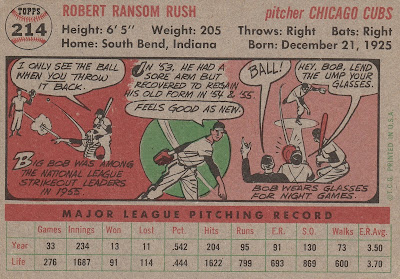 Rush was a two time All-Star for the Cubs (1950 and '52), and did so despite losing 20 games in 1950. Rush would move on to the Milwaukee Braves in 1958, and pitched in the World Series in a losing effort against the Yankees. 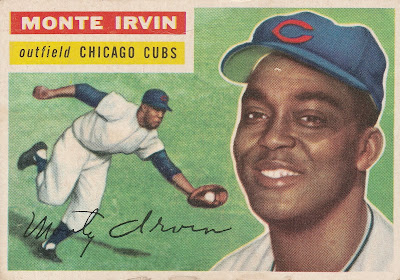 The Cubs added the future Hall of Famer Monte Irvin to the team for the 1956 season. He had spent the previous 7 seasons with the New York Giants, cementing his place as a great hitter and outfielder. 1955 would be his last major league season, playing whenever his balky ankle allowed. Over 111 games, Irvin hit .271 with 15 homers and 50 runs batted in. 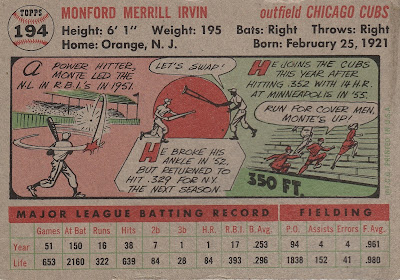 Irvin was considered by many of his contemporaries and by current historians to be the best outfielder in the Negro Leagues in the 1940s, and executives in both leagues considered him one of the best suited to break the color barrier, in talent and in temperament. He would join the Giants in 1949, and along with Willie Mays they would carry the Giants' offense to pennants in '51 and '54, the second of which also resulted in a World Series victory. Irvin was selected to the Hall of Fame in 1973 by the Negro Leagues Special Selection Committee. His Negro Leagues career with the Newark Eagles also included a championship in 1946 and a pair of batting titles. 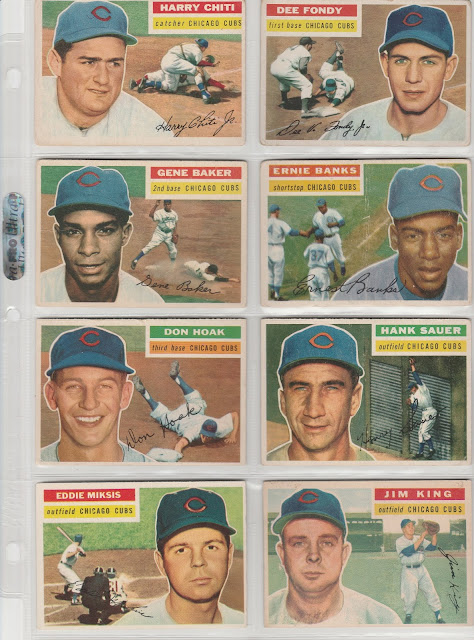 The 1955 Cubs' hitters finished last in the league in strikeouts (the most), and last in walks (the fewest). Thanks to Ernie Banks and several players reaching double digits, they did rank 5th in home runs.
Hank Sauer had a down year, hitting just .211 with 12 homers. The offense didn't really get going, which put a great deal of pressure on the pitching staff. 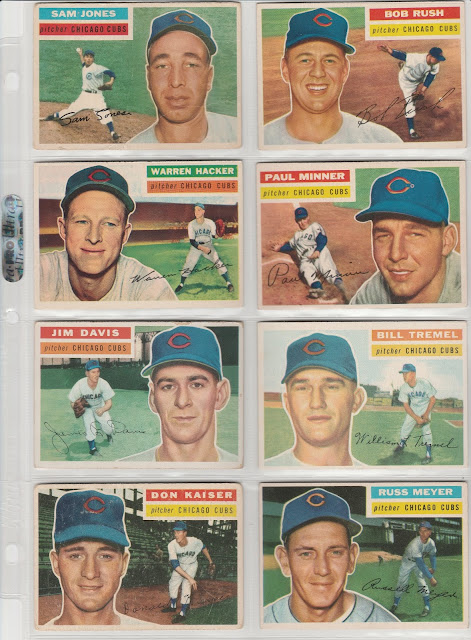 Sam Jones, who would win 20 games in 1959, lost 20 in 1955. He did toss a no-hitter in May, however, becoming the first African-American to pitch a no-hitter in the majors. The team's closer, Hal Jeffcoat, would be traded to the Reds for 1956 for Hobie Landrith, a reserve catcher that the Cubs hoped could provide an upgrade in a starting role over Harry Chiti. 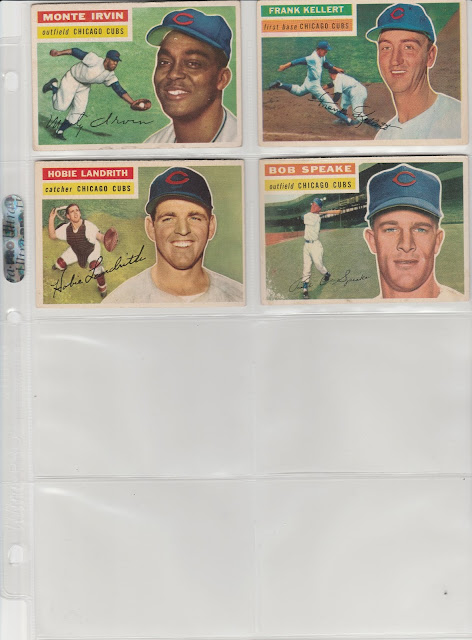 Bob Speake had a nice season for the Cubs as a reserve in 1955, hitting 12 homers, essentially platooning with the 38 year old Hank Sauer. Speake would be back in the minors for 1956. The Cubs were finding their groove as the lovable losers in the mid 50s - a place they would stay for decades to come.