They Call Me MR. PADRE 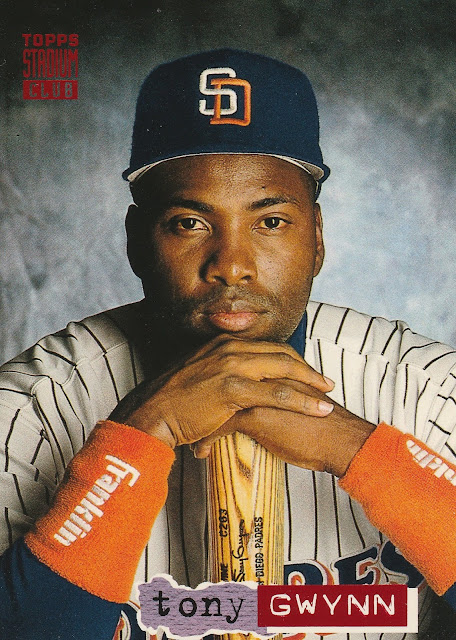 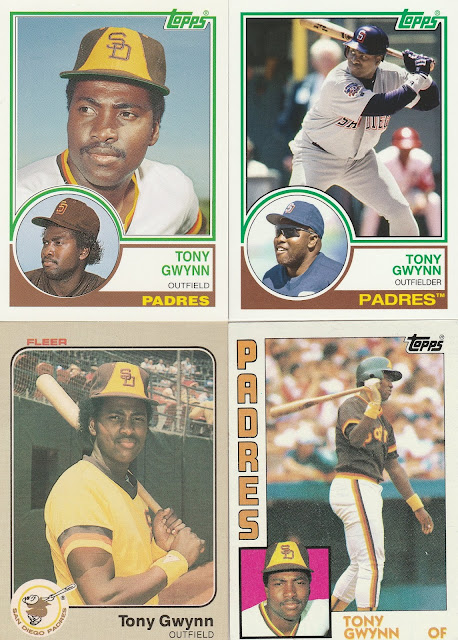 Gwynn was a San Diegan even before the Padres made him their 3rd Round Draft Pick in 1981. Gwynn was a 2 sport star at San Diego State, both on the diamond and on the basketball court. He was drafted by the San Diego Clippers. He was a playmaker, setting school records for assists (in a single game, in a season, and over a 4 year college career). He is still the only College athlete from the WAC conference to be named to an All-American Team in 2 different sports. Gwynn was already a fantastic hitter in college, hitting over .400 in his final 2 seasons. 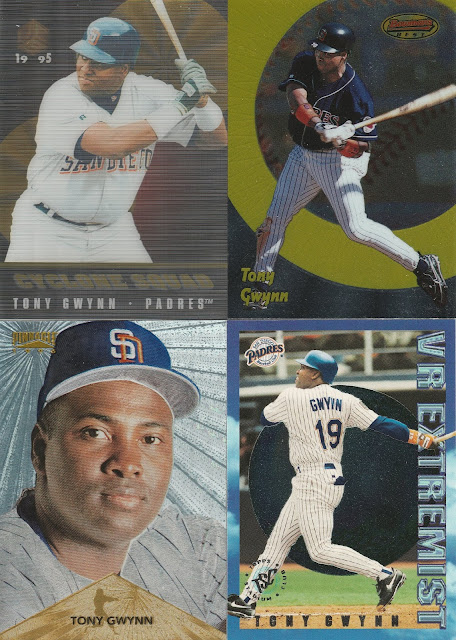 Tony was never a flashy player - he was committed to excellence in all facets of the game, and he understood that the way to become excellent was through hard work. Along with the help of his wife, Gwynn would record and archive every one of his at bats, and study his batting stance and his swing meticulously. He was one of the early adopters of film study. 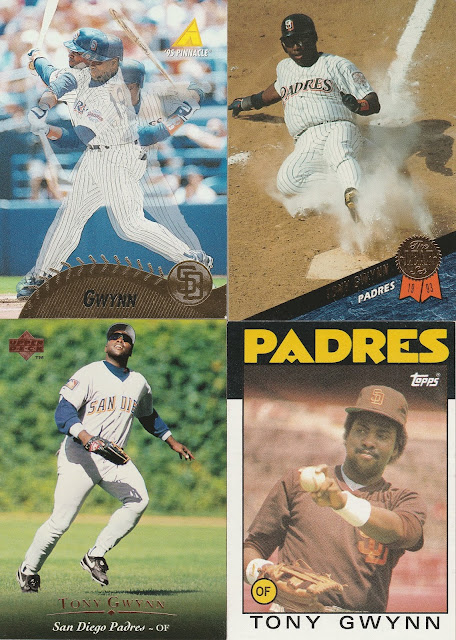 There was no question that Gwynn had an excellent hit tool. He was not known as a great fielder in his college days, and he would tell his coaches that he didn't want to just be known as a good hitter, he wanted to be a good baseball player. In his first few seasons, Gwynn was more fleet of foot, and stole many bases (his career high was 56 in 1987, and stole at least 30 bases 5 times in the 80s.). His fielding was not perfect, but he applied the same level of dedication to becoming a better outfielder and improved so much that he was awarded with a Gold Glove in 1986. Lest you think this was one of those Gold Gloves that was given away to a popular player to sell some baseball equipment, just know that he won 5 of them. He was the NL leader in fielding pct twice, range factor for a RF twice, and total Zone Runs three times. Total Zone runs measures how many runs a defender saves compared to the league's average player at that position. 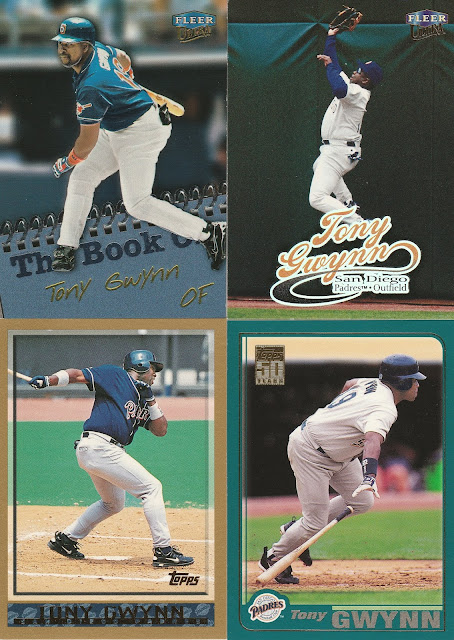 In his later years, Gwynn wouldn't steal bases like he used to, but he still could hit like crazy, and was never again considered a liability in the field. Gwynn won 4 batting titles in 1980s, and 4 more in the 1990s. He's the only player in MLB history to win 4 titles in 2 different decades. His streak of 5 straight years hitting .350 or better had only been done by three other hitters in history. His career average is good for 19th All-Time, but is the highest for any player to debut after World War II. 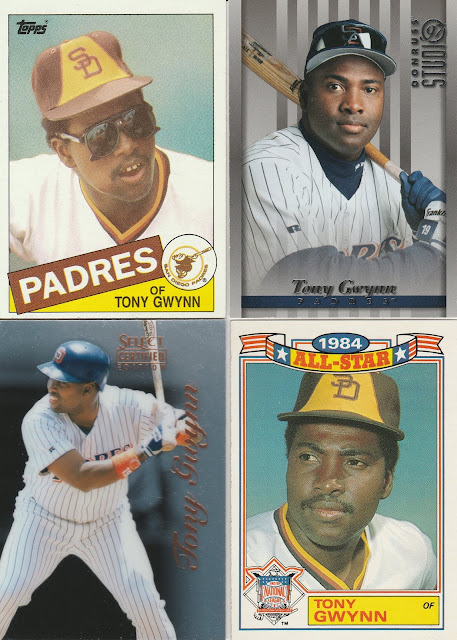 For all the batting titles, Gold Gloves, Silver Sluggers, All-Star Appearances and other accolades, what Gwynn wanted was to be a great baseball player so he could help his team win. In 1984 and 1998, Gwynn and the Padres made it all the way to the World Series. Gwynn would hit .500 with a home run in the 1998 World Series, but it was unfortunately a 4 game sweep by a stacked Yankees team. Gwynn often was the best player on his team, which is understandable, but the supporting cast around him and the strength of the teams in his division made for a difficult path to the playoffs. Two NL Pennants is actually pretty good given the opportunities the Padres had. 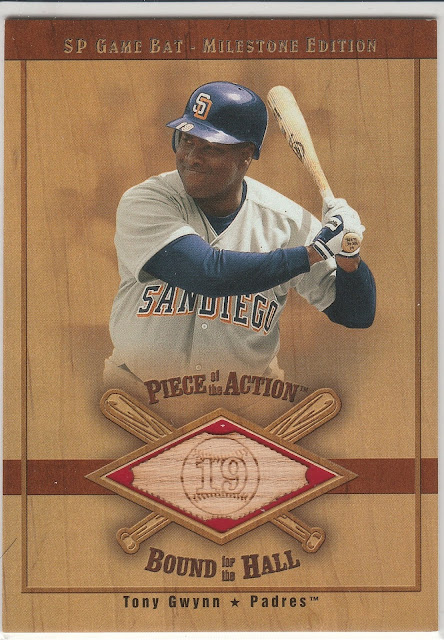 Growing up, Tony Gwynn was my favorite NL player. I thought of him as the National League version of Kirby Puckett, though Gwynn would surpass Puckett in hits and average by a wide margin. Both played their entire Hall of Fame Careers with one team, and while both had some post-season moments, I'm sure that Tony would have been more than happy to trade his batting titles for one of Kirby's championship rings. The other similarity between the two players is the sad reality that they passed away too soon. Gwynn had cancer related to his chewing tobacco addiction, and Puckett died at 45 years old due to a brain hemorrhage following a stroke. 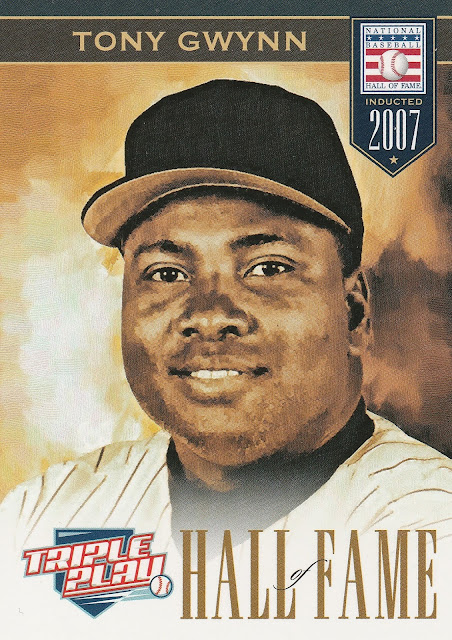 Gwynn is a legend in San Diego, forever immortalized as "Mr. Padre."