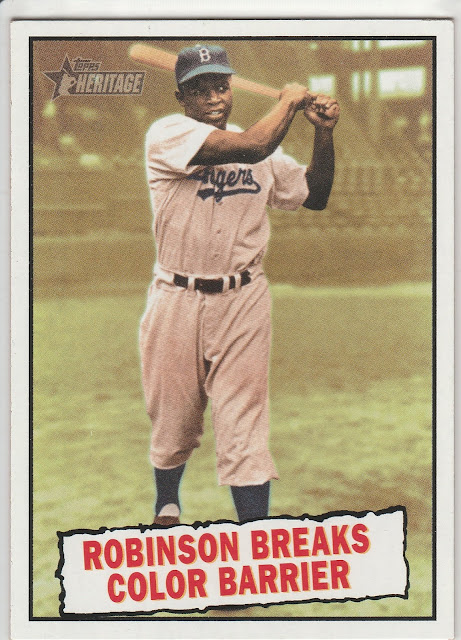 During the month of Februrary, I've been honoring Black History Month by posting about some of the prominent African Americans that have made contributions in the game of baseball (and beyond the field as well). 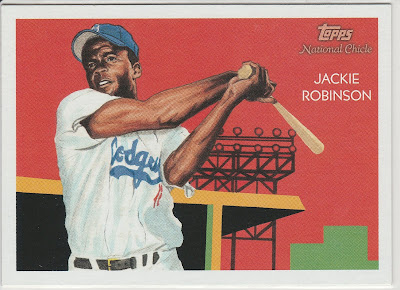 While making these posts, I would sometimes have to omit some cards because, well, I didn't have them (yet). I have been checking in to COMC throughout the month and picking up cards along the way. This Jackie Robinson card was featured in one of Fuji's posts, I have to say it's now one of my favorite Robinson cards too. 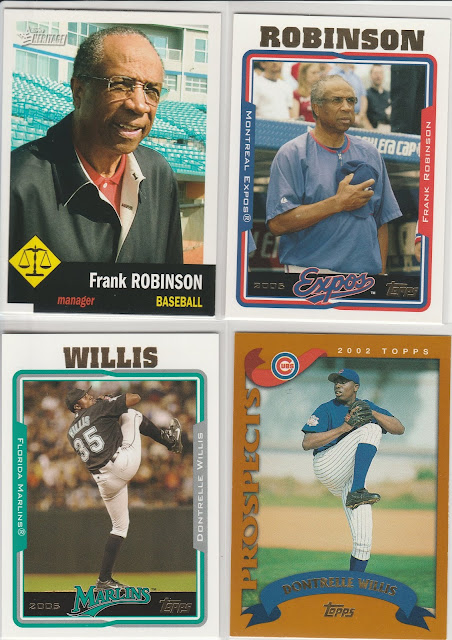 Frank Robinson was still managing in the 2000's, in a period of time when I wasn't buying cards. I was browsing through his cards and found these, I really love the Expos Manager card. I realized during my post on Dontrelle Willis that A) I didn't have his rookie card, and B) I didn't have a good card showing his big leg kick. Check and check. 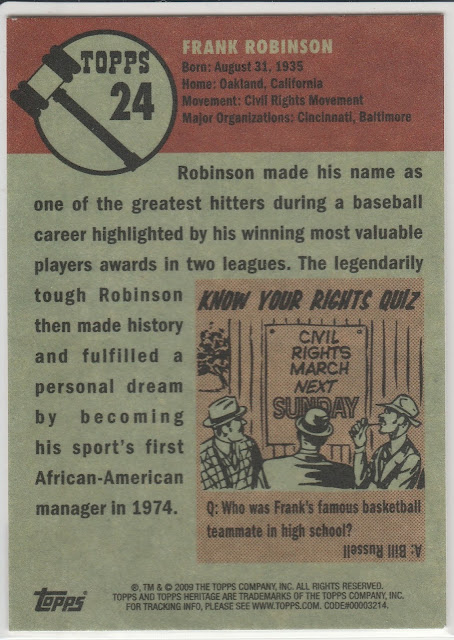 Here's the back of that first Frank Robinson card - it has one of the factoids I heard most often the day Frank passed. He went to same high school as Boston Celtics legend Bill Russell, and that they actually were teammates on the basketball team. 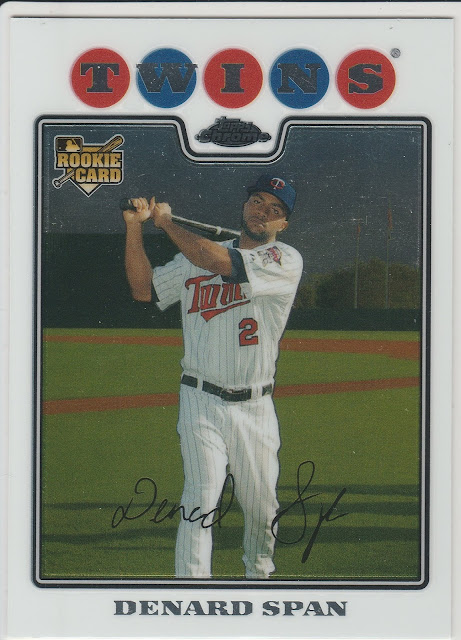 Had to check for more Denard Span needs, as I do most of the time when I log in to COMC. 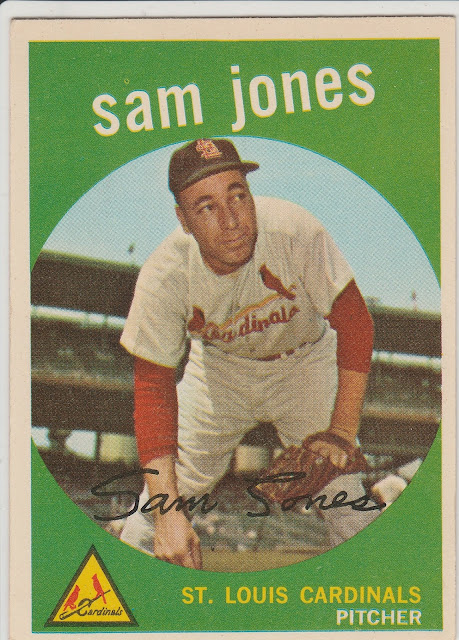 For most of the posts this month, I've been checking my 56 set and my in progress 1959 Topps set for cards to post. I was surprised to find that I still needed a card for my '59 set of Sam Jones, the first African-American to toss a no-hitter in MLB history, and a member of the 20 game win club, the "Black Aces." 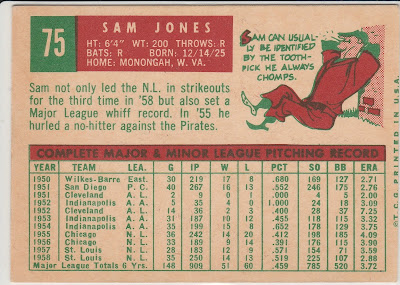 The back mentions his 1955 no-no, and also references his nickname, "Toothpick." 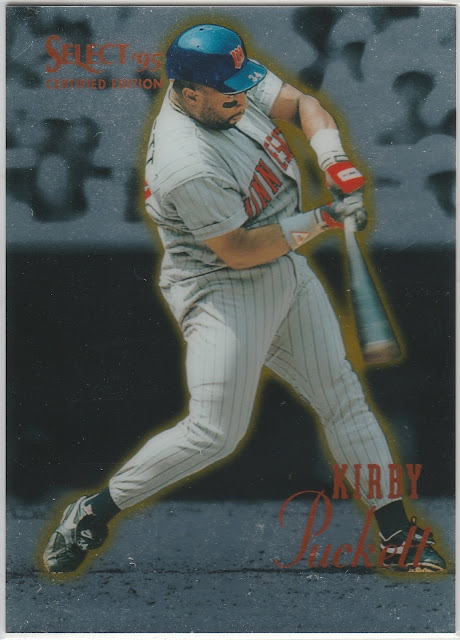 Last but not least, I am always looking for Kirby Puckett cards that will be new to me.