In Rod We Trust 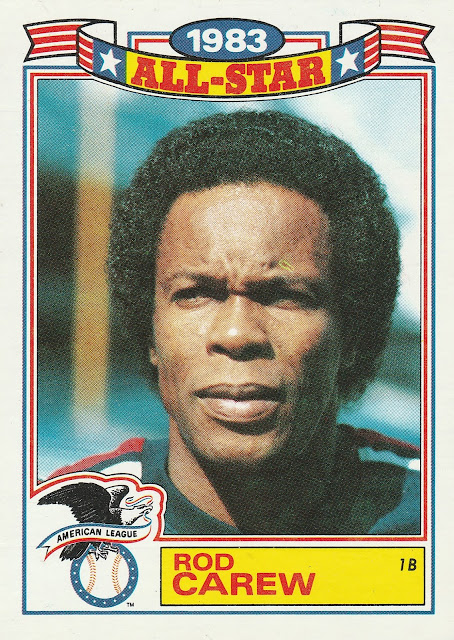 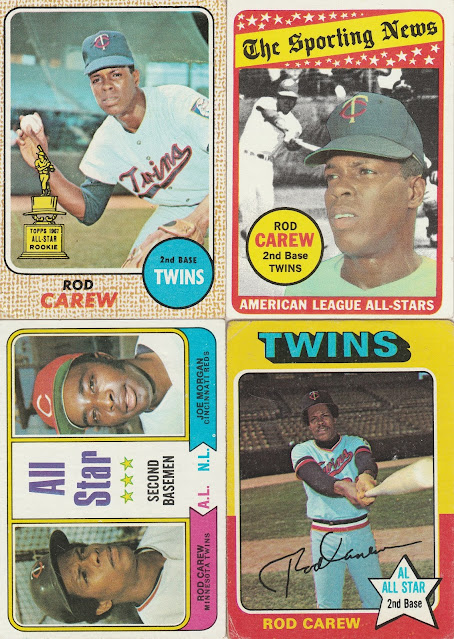 Topps made Carew an All-Star Rookie, but he was also an All-Star for the American League, and the AL Rookie of the Year. Carew's hitting really started to take off in 1969, when he hit .332 for the season to win the AL batting title. He'd win 6 more batting titles before his retirement in 1985, including 4 straight from 1972 thru 1975. 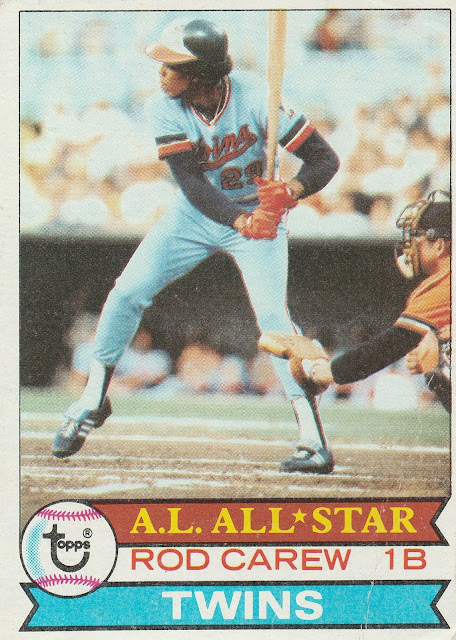 Carew was traded before the 1979 season began. People point to the notoriously cheap Calvin Griffith for trading Carew before he had to pay him a free agent's salary, but the fact was that Carew already wanted to be traded. Articles at the time talk about Carew being comfortable in Minnesota, but contract negotiations going poorly between the two parties. What the vast majority of the articles do not bring up is Calvin Griffith's appearance at The Lions Club in Waseca, MN in 1978 when he said "I'll tell you why we came to Minnesota. It was when we found out you only had 15,000 Blacks here. Black people don't go to baseball games, but they'll fill up a rassling ring and put up such a chant it'll scare you to death. We came here because you've got good, hardworking White people here." A bit of context here - Calvin is the adopted son of Clark Griffith, who ran the Washington Senators for decades before turning over operations to Calvin. One of the main tenants of Griffith Stadium in Washington, D.C.? The Homestead Grays, a Negro National League franchise that often outdrew the MLB Senators/Nats in the 1940s. Clark Griffith was opposed to integration mostly because it directly impacted him financially. Integration would cost him a profitable tenant. As a lifelong fan of Twins baseball, I have come to terms with how they arrived in Minnesota, knowing that their existence is a product of some warped thinking. That same warped thinking cost the Franchise several seasons of one of their best players. Carew knew about the comments, as a reporter attending the dinner recounted those comments, along with Griffith specifically calling Carew "a damned fool" for playing in 1978 for just $170,000. After reading this in the paper, Carew's response was "The days of Kunta Kinte are over" as well as "I refuse to be a slave on his plantation and play for a bigot." 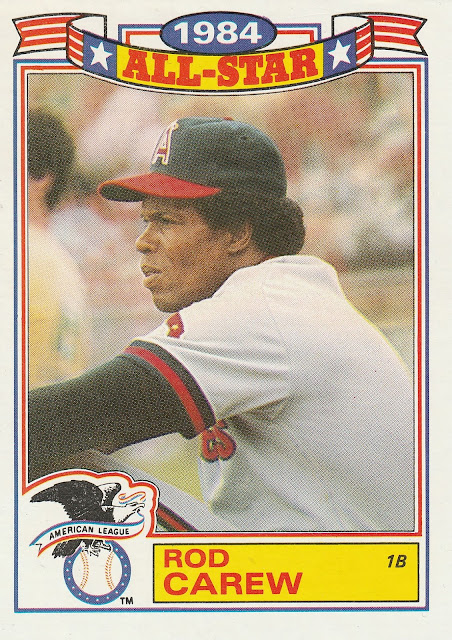 Carew would appear in six more All-Star games after that trade, collected his 3,000th career hit against the Twins, and helped the Angels reach the post season in 1979 and 1982. In the 1983 All-Star Game, Carew started and hit lead-off. He collected his final 2 All-Star hits, going 2-3 with a walk, 2 runs scored, and an RBI in a 13-3 American League romp. For his career, Carew ranks behind just Aaron, Mays, and Musial for most All-Star games played. He set a record with 2 triples (1978) in the same game, and ranks 4th in runs scored, 3rd in stolen bases, and 4th in walks all-time in All-Star game history.