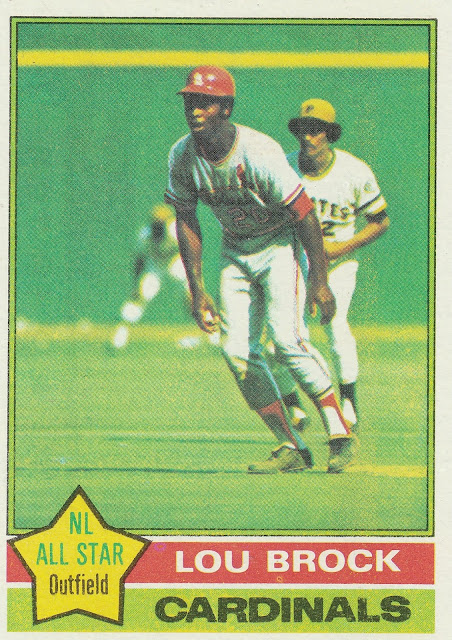 Bo of Baseball Cards Come to Life! and I completed a trade recently, and Bo came through with a life affirming cavalcade of cardboard excellence. I am thinking about how I'd like to build my copycat Hall of Fame binder (stolen from P-Town Tom via Red Cardboard), and this Lou Brock is probably the #1 contender from his playing days to make the cut. 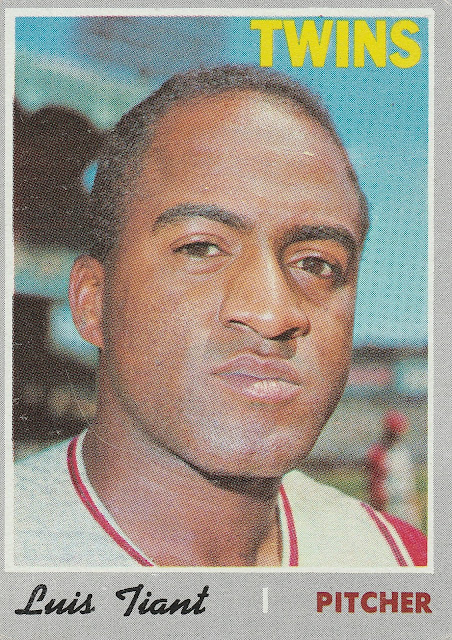 Luis Tiant is one of those guys on the outside looking in to the Hall - he had a brief but brilliant peak to his career, which came after some lean years. 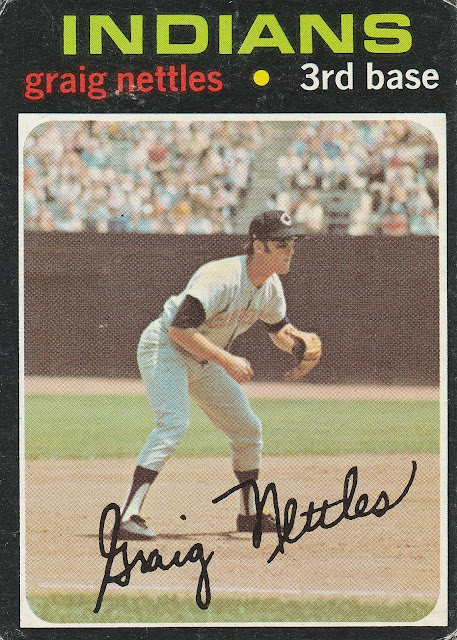 The trade that brought Tiant to Minnesota sent Nettles to Cleveland. He'd get recognition for his superb defense once he made his way further East to New York. 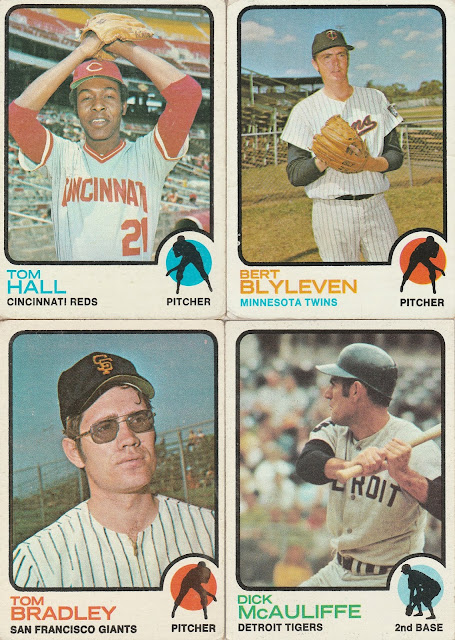 As you can see, Bo shredded my vintage 70s wantlists, working from year to year. 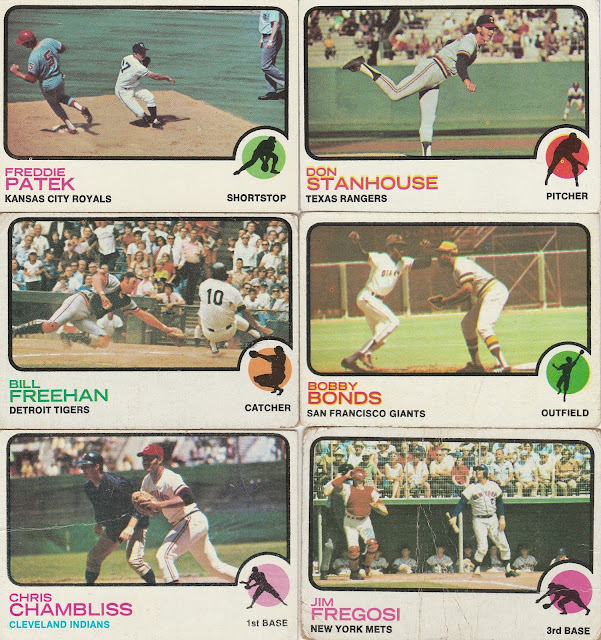 Maybe I've been too tough on the 1973 set? There are some great cards to be found in it. 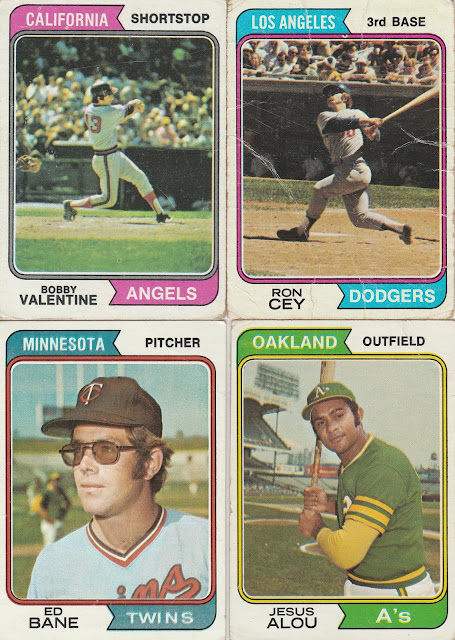 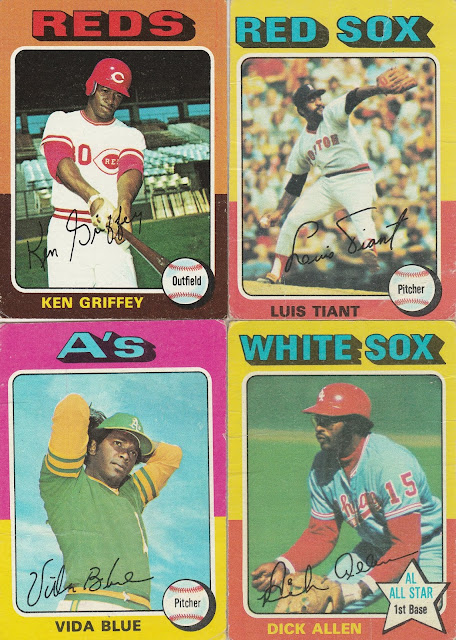 Tiant and Vida Blue were in the middle of some serious dominance of opposing hitters. Dick Allen had a fantastic season on the South Side, and Ken Griffey was about to be a World Champion 2X running for the Reds. 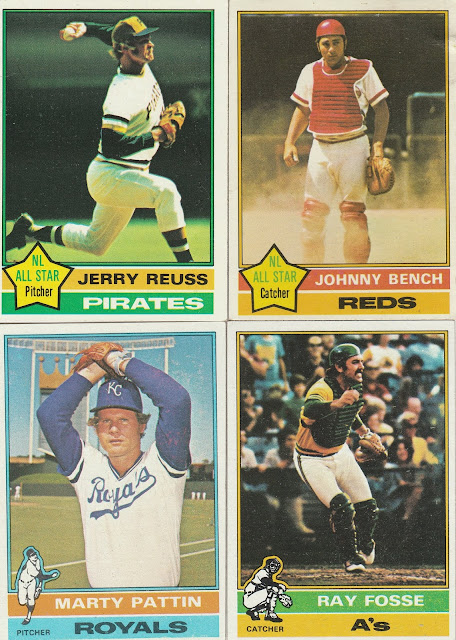 Speaking of the Big Red Machine, a fantastic Johnny Bench card coming through the dusty trail. I really love the shot of the Kauffman Stadium scoreboard for the Royals. Pretty good action shots in the 1976 set. 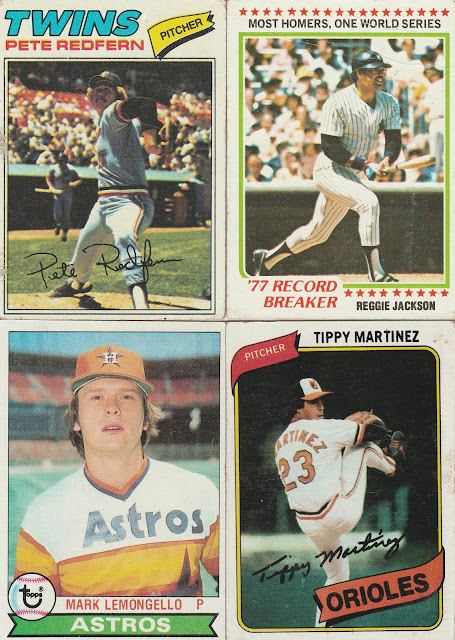 Seriously, this is just scratching the surface of the haul from Bo - a ton of vintage. 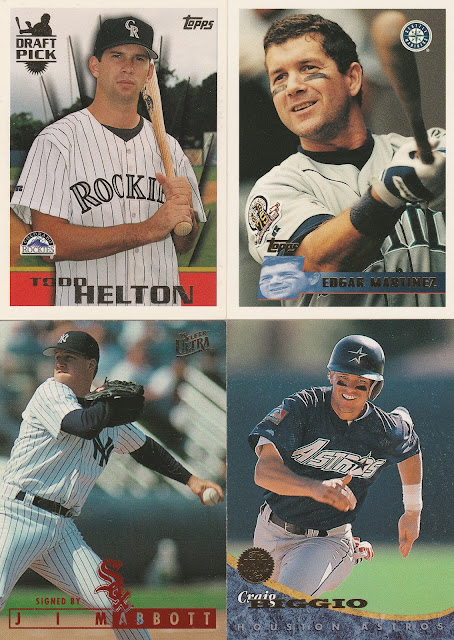 Without overloading the servers, there was also a big stack of 90s cards as well. 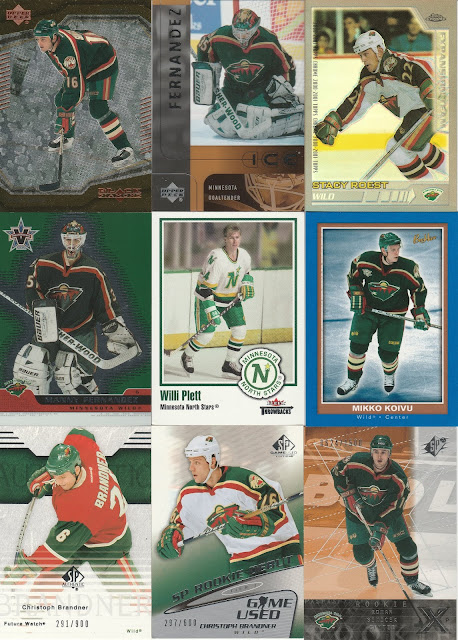 and Hockey! Believe it or not, this was actually the spark that prompted the trade. Bo emailed me and said he had some Stanley Cup cards, and tossed in a huge lot of Minnesota North Stars / Wild to beef up my NHL collection. 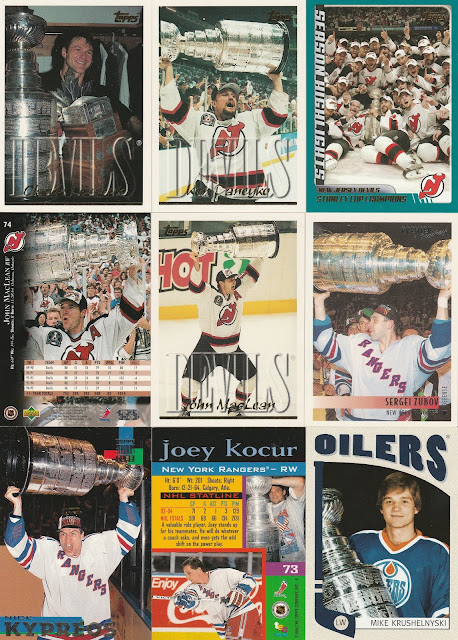 And there you have (again just a sample) the reason for the trade in the first place, The Stanley Cup is getting some serious love from the various card companies.

Thanks again for the trade, Bo! The cards you sent were fantastic and much appreciated!
Posted by Brian at 7:05 PM