It's Not Bob, It's Roberto 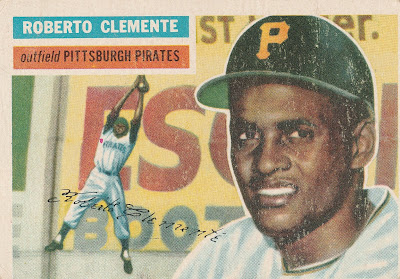 Roberto Clemente left behind a legacy of excellence on the field, as well as the legacy of a man who worked tirelessly to provide aid and comfort to those less fortunate than himself. 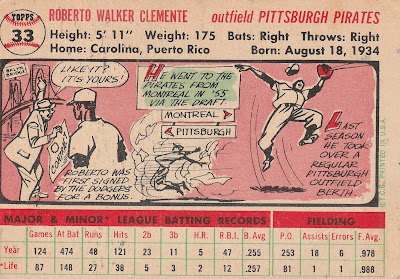 He reached the big leagues at the right time - Jackie Robinson had broken the color barrier and Minnie Minoso starred for the White Sox when Clemente was scouted by Brooklyn in his home of Puerto Rico. While he too would face discrimination for the color of his skin and for speaking English as a second language, the players that paved the way allowed Clemente to let his play on the field speak for him.

Clemente's MLB Career really took off in the 1960 season, his first of 15 All-Star appearances. He had struggled early in his career due to lingering back issues that stemmed from a car accident all the way back in 1955. He spent 6 months in the 1958 offseason in the U.S. Marine reserves, where daily conditioning and rigorous training alleviated some of the chronic back pain. By the start of the 1960 season, Clemente was fully healthy and ready to take his game to another level. 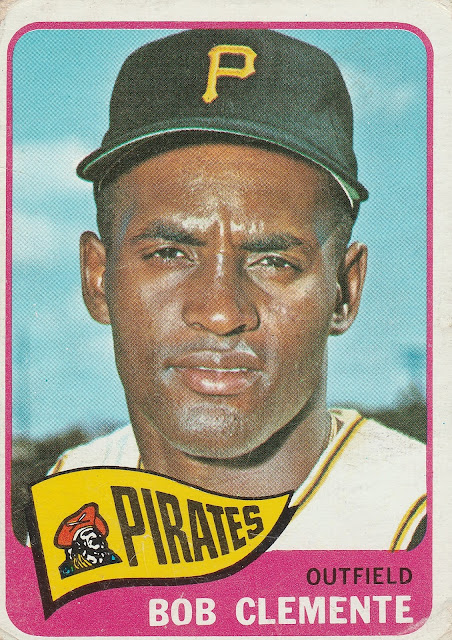 Clemente helped the Pirates to the 1960 World Series, which they won in 7 games. He hit .310 in the Series, and went on to win the batting title the following year. 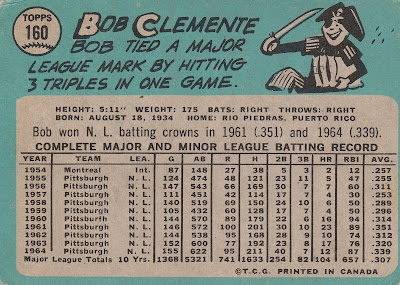 Clemente would hit 200+ 4 times in the 1960s, winning the batting title in 3 of those seasons, and the league MVP award in the 4th. Defensively, Clemente was without equal. He won his first Gold Glove in 1961 - he would go on to be a Gold Glove winner for the rest of his career, 12 seasons in total. 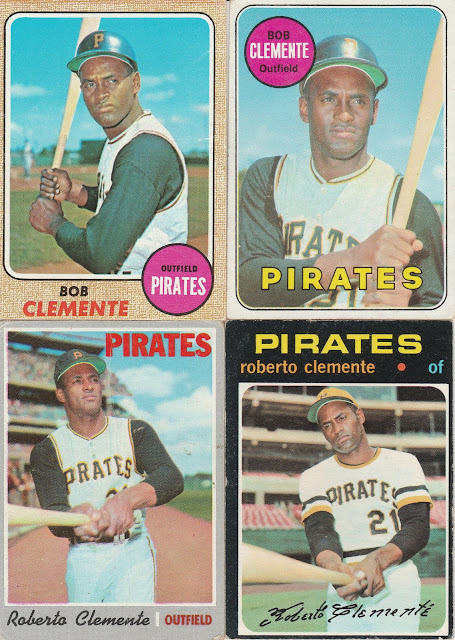 By 1970, Topps finally corrected their convention of calling Clemente "Bob" instead of Roberto. 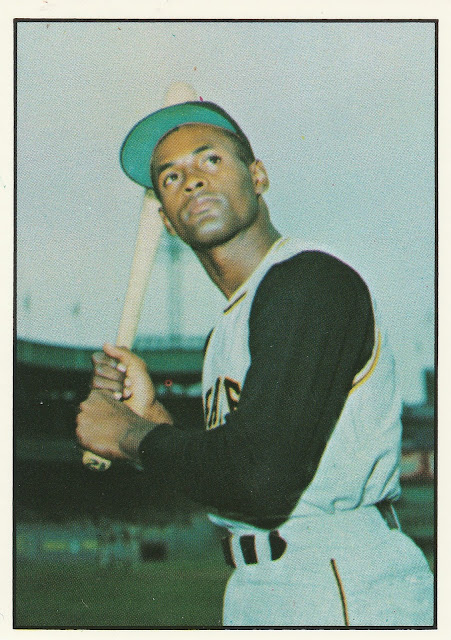 After his untimely death, Clemente continued to be featured on cards - especially in recent years.

Stadium Club in particular has produced some great cards of Clemente. 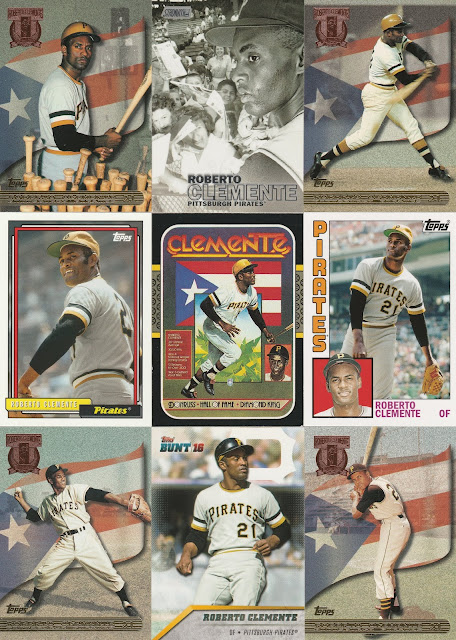