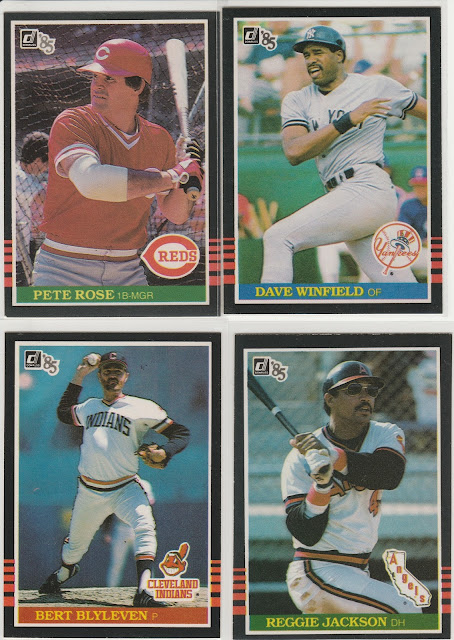 My shopping spree at COMC continues - it's been hard to get out to the local card show, so I had to scratch the collecting itch somehow! 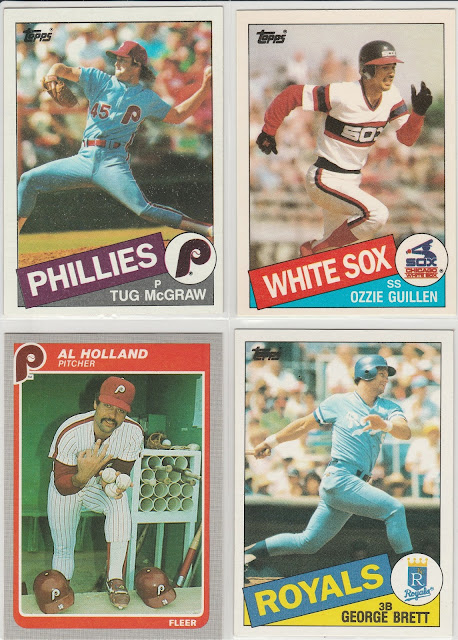 I added a nice stack of mid 80s cards to go along with the early 80s cards I posted yesterday. I think Al Holland is posing after striking out three batters in the last two innings of the 1983 NLCS to clinch a trip to the World Series. I couldn't find another reference to Al Holland and the number 3. 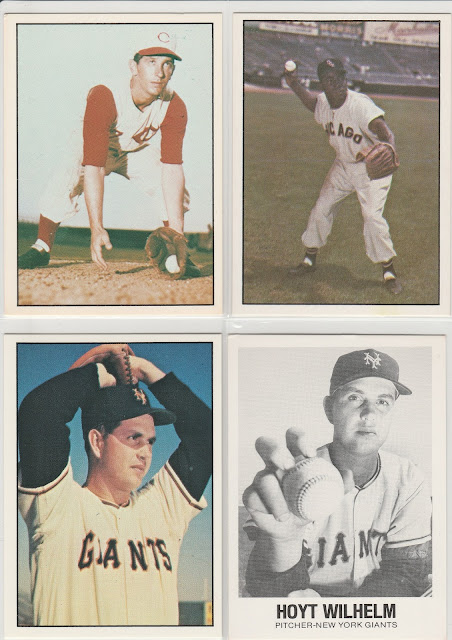 The 80s had a ton of sets that commemorated the 1950s and 1960s, I am a fan of these sets because they make a point of featuring photos never before seen on cardboard, as well as some unique combos like Billy Martin as a Cincinnati Red. 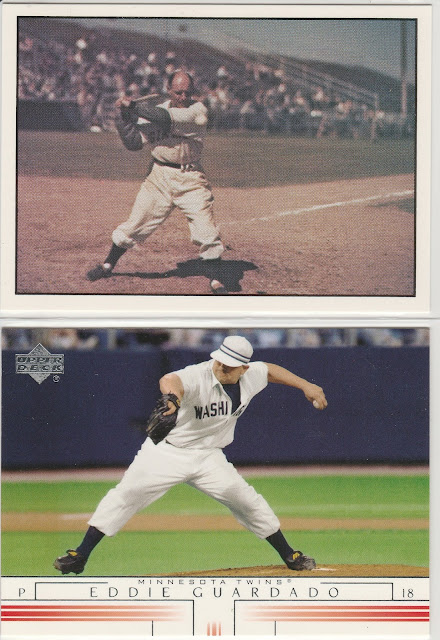 A little Leo "The Lip" during his days as Giants skipper, and a fun shot of Everyday Eddie Guardado in a Washington Senators throwback uni at the Metrodome. 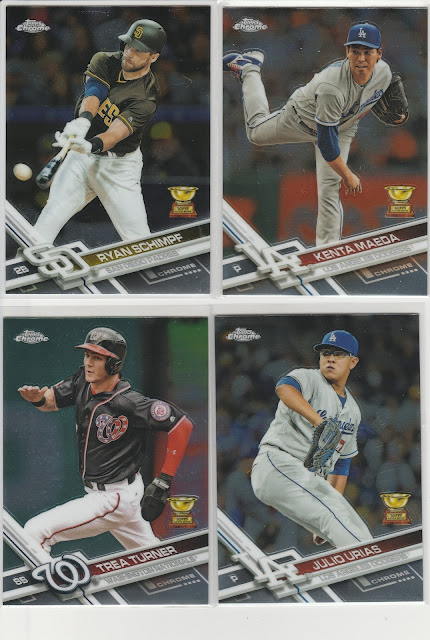 Good news everyone! I am never going to mention how irritated I was with Topps over their rookie cups in 2017 again. I have a page that mixes Series 1 and Chrome, and if I want to include Tommy Joseph I'll have to switch over to Topps Heritage. 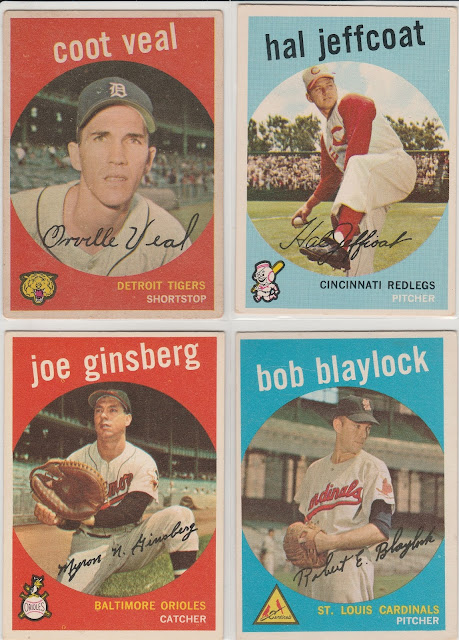 I finished the 1956 Set in 2017, so this year I thought I would start on a different set. I haven't updated my want list for this set, it still is the stripped down version that just lists a handful of cards I'd like to have. I have a decent head start on the 1959 set because I was already working on a 1959 Reds team set. 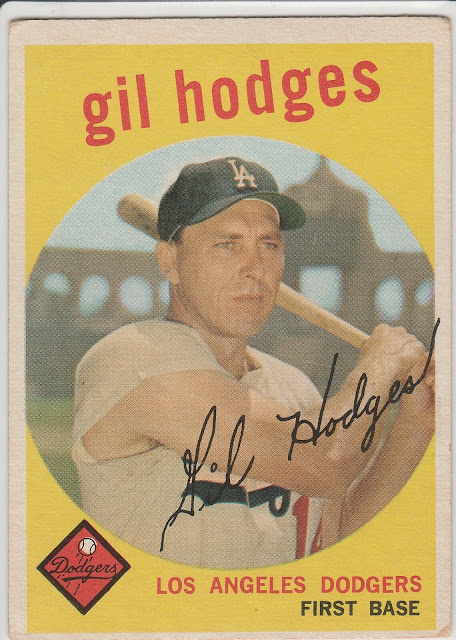 Hall of Fame guys tend to be the last guys to be added to a set build, but I decided to add two guys based on the best two deals I could find. 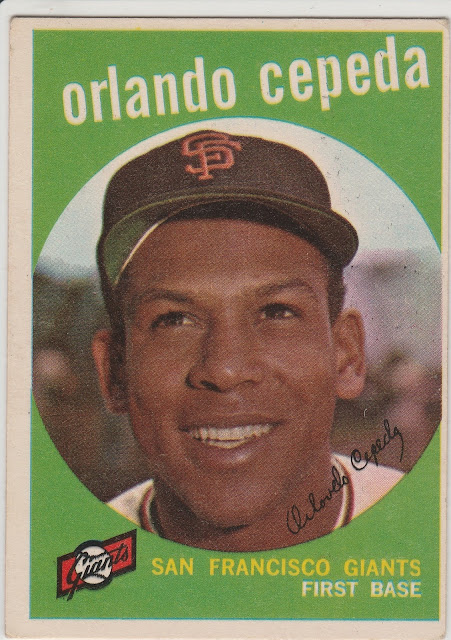 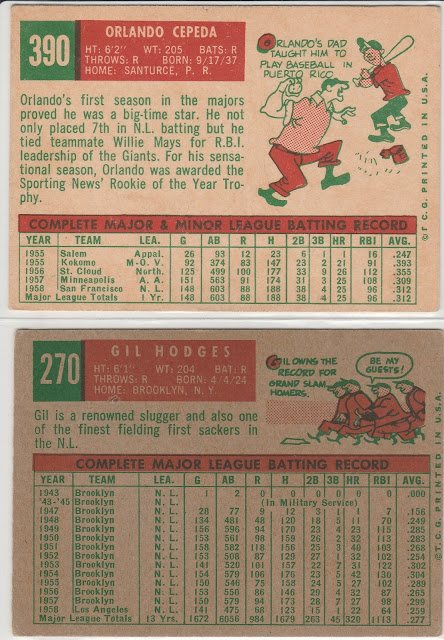 I picked up everything in the post for roughly the cost of a blaster! I'm looking forward to getting back to a card show so I can take a big bite out of this new set quest!