A Little Local Flavor from COMC 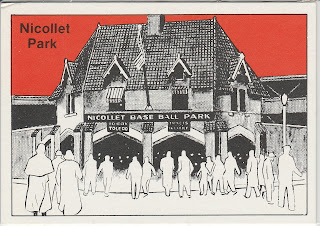 COMC features cards from all over the world - you can find Venezuelan Topps, Japanese cards featuring NPB players, tons of O-Pee-Chee, and just about anything else under the sun. So how about oddball regional issues from my own back yard? 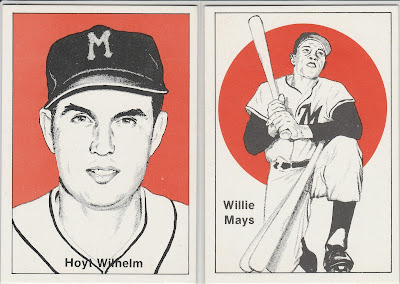 Halsey Hall is a local sports legend, having covered every Minnesota sporting event for decades. In the 1970's, he gave his name and his anecdotes to a set of cards featuring the Minneapolis Millers and the original Saint Paul Saints of the 30s, 40s, and 50s. The Millers had Hall of Famers Willie Mays, Ted Williams, and Hoyt Wilhelm over the years. 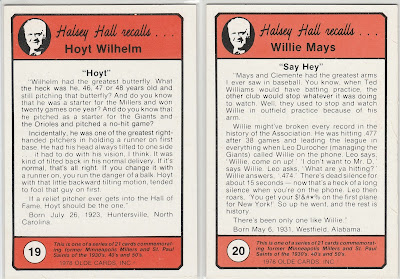 May want to zoom in on those to get the whole story on Hoyt and the greatest ballplayer to ever suit up for the Saints. 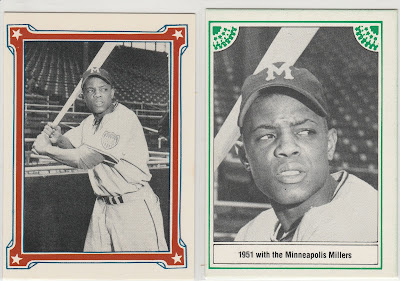 A couple more cards of Mays - if the photo selection seems lacking, understand Willie only played in Minneapolis for 38 games! 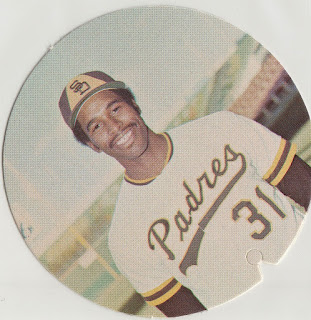 Just across the river, a few months after Willie Mays left Minneapolis for the Major Leagues for good, Dave Winfield was born. McDonald's restaurants in San Diego released a set of POG sized cards of the team following the 1973 season, Winfield's first in Professional baseball. Winfield bested Mays by skipping the minor leagues completely, going straight from Pitching for the Minnesota Golden Gophers in the College World Series to playing for the Padres. 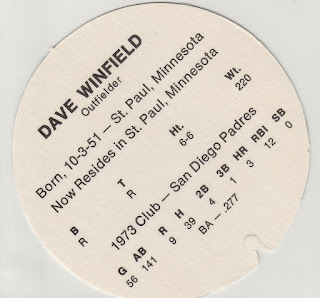 I have to admit that I haven't seen Dave around Saint Paul these days, other than an occasional appearance at TwinsFest, but he's still a legend around here. 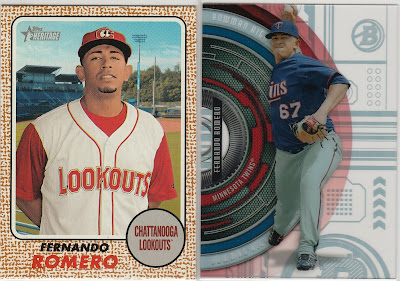 Last but not least, a young pitcher looking to make his own mark in the local sports pages, Twins prospect Fernando Romero. I've been doing my best to keep up with all the new releases (certainly I can't and won't keep up with all the parallels, but at least one card from each set), I expect I'll be seeing plenty more in 2018 when he inevitably breaks into the big leagues.
Posted by Brian at 5:00 PM