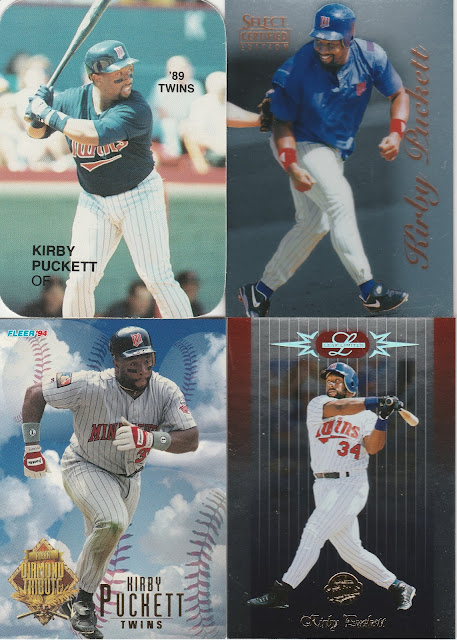 I found lots of fun things at last week's card show - including complete sets of 1996 Select Certified, 1996 Leaf Limited, and 1994 Fleer Update (minus the A-Rod rookie). All three had new to me Pucketts inside, and many of the cards will eventually find their way to new homes via trades - it's a win-win! If you know of cards in those three sets that you have been looking for, drop me a line. 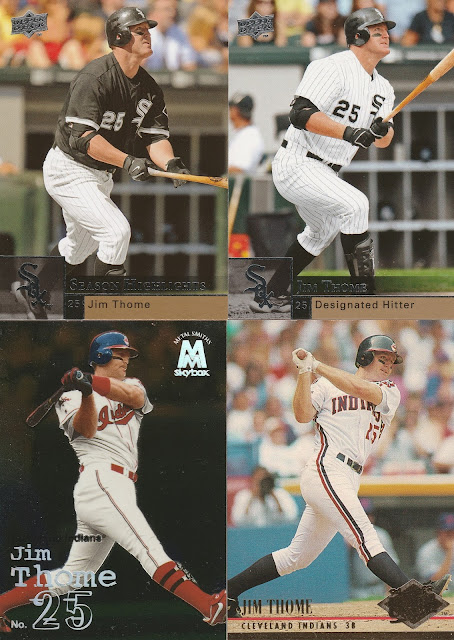 the dimeboxes (here they tend to be quarter boxes or sometime 3 for $1 boxes) yielded plenty of PC guys like Jim Thome. 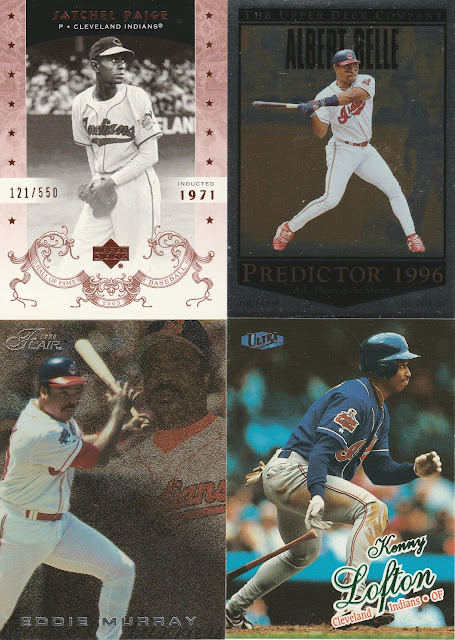 You would be forgiven for thinking I was a Cleveland fan based on some of the stack - it's a coincidence that some of my favorite players all passed through there at one point or another. The mid to late 90s had a lot of talent playing near the shores of Lake Erie, and not so many on the mighty Mississip... 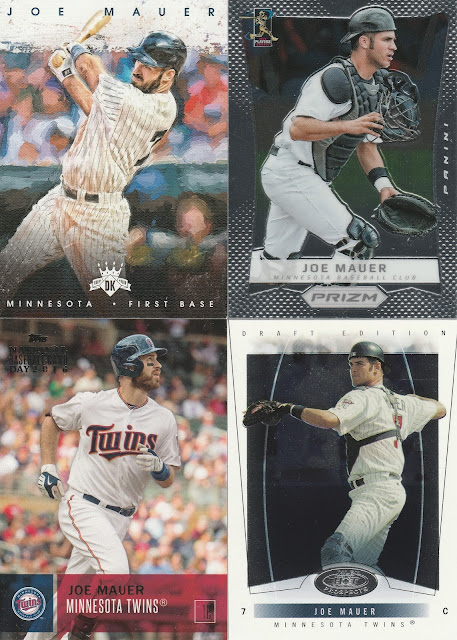 See? Twins fan. Told ya so. 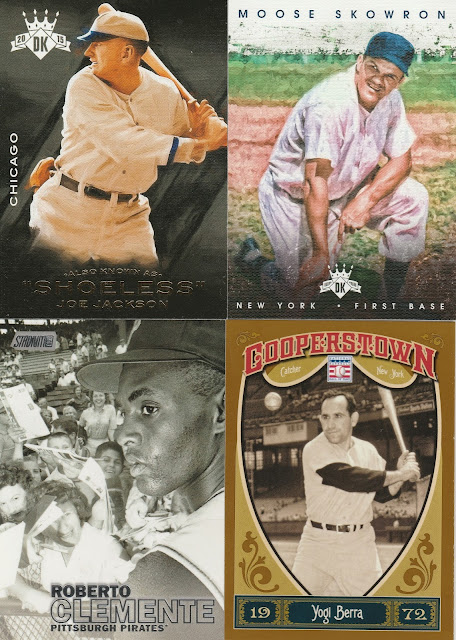 No vintage at this show, but I was able to find several old timers on new cardboard. Stadium Club again comes through with another great Clemente shot.
Posted by Brian at 8:30 AM