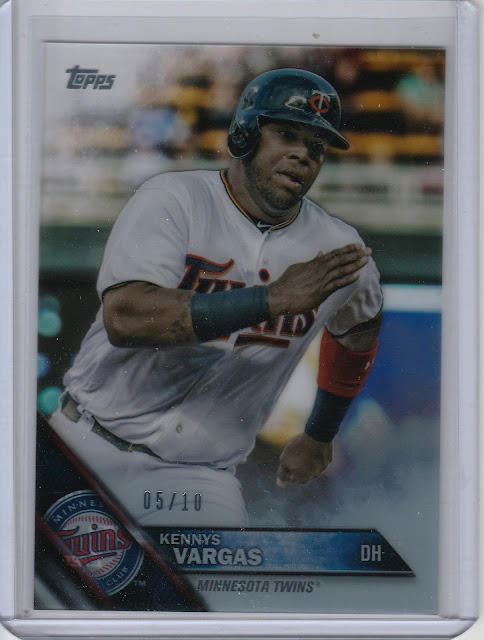 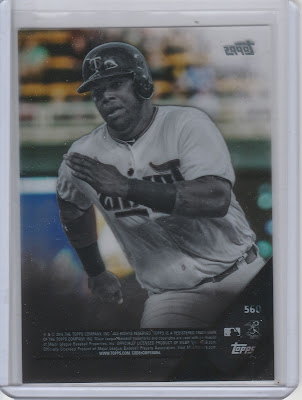 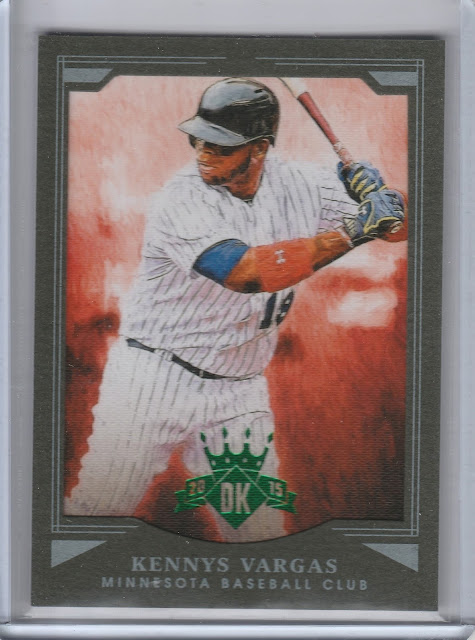 Moving right along, I found this gem, numbered to just 5. 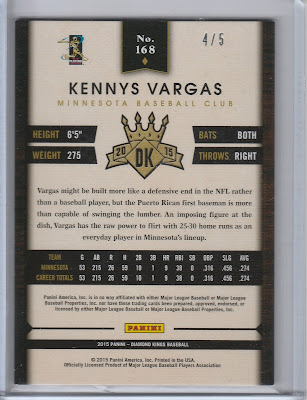 Kennys was a September call up this year, but he's going to be stuck behind a couple guys on the depth chart next spring. 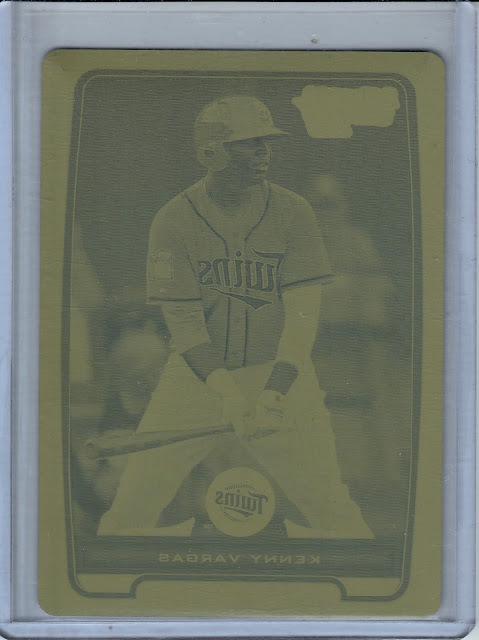 And finally, there's this madness. A printing plate! 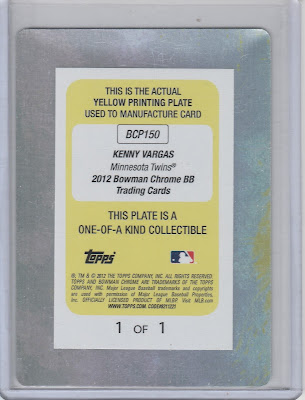 This was back when Kennys was just "Kenny" and making his way to the bigs. I doubt I will ever collect all of his cards, but these three were some of the hardest to come by.
Posted by Brian at 8:30 AM