I've Been Zapped! It was a surprise zapping from Zippy Zappy over at Torren' Up Cards . 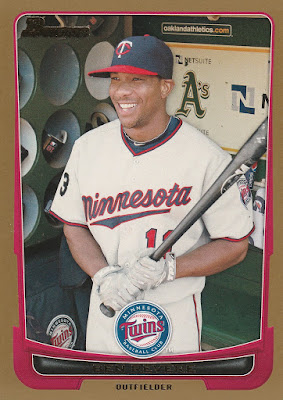 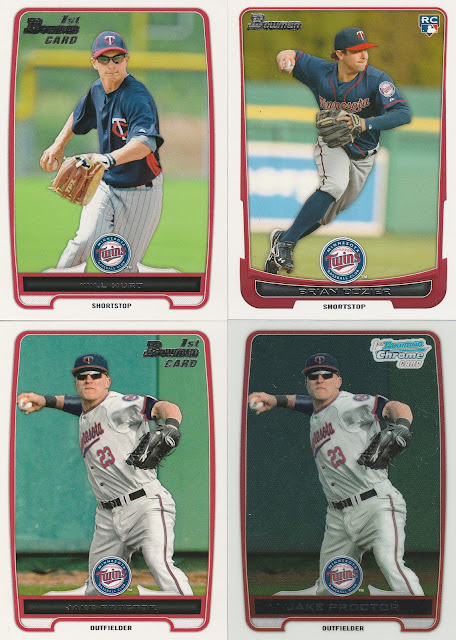 It's kind of hard to read the name in the scan, but the prospect on the top left is Will Hurt. Would be a great name for a linebacker. Looks like he played in rookie ball for three seasons and as of 2015 was no longer in organized ball. 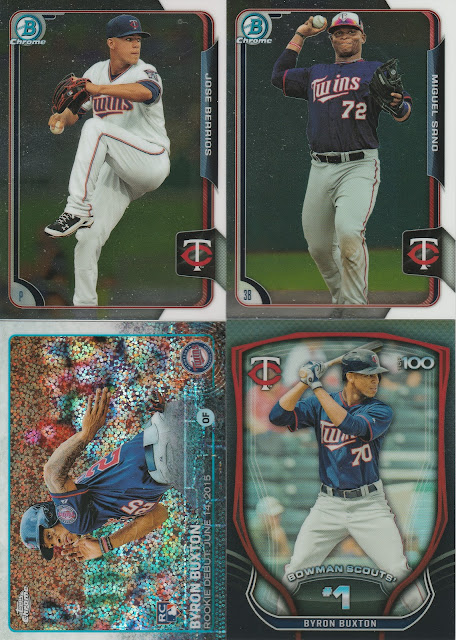 The Future and present Twins were well represented - Kenny knows how to pull the prospects! 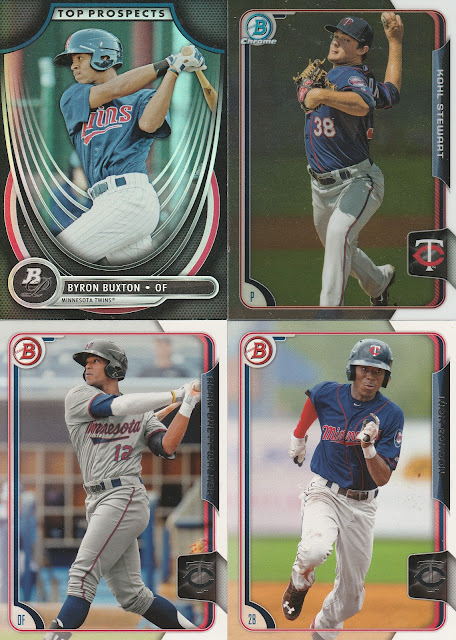 The local paper had a clickbait article from one of its regular fly in the ointment, armchair psychologist, hot air balloon meatheads this week- and all this dingus wanted to do was complain about the Twins celebrating a win too hard. I don't recall the guy being appointed Chief of the Fun Police! In addition, he specifically called out the Twins for not developing high school pitcher Kohl Stewart fast enough. The 2013 first rounder was just promoted to AA, and is 21 years old. I guess the problem is he's not in the majors yet? I don't know- it was pretty weak and it pissed me off. There are lots of reasons why the Twins are bad. Being happy about winning a game and being in AA at the age of 21 (3 years younger than the average player) are not among them. 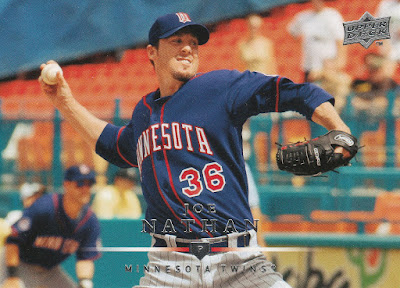 Hey Look it's Joe Nathan! Chicago is taking all the last chances for Twins this year - the Cubbies signed Joe, and the White Sox have added Justin Morneau. Best of luck to both of those guys, I was thinking "Morneau to the White Sox" ever since LaRoche retired. 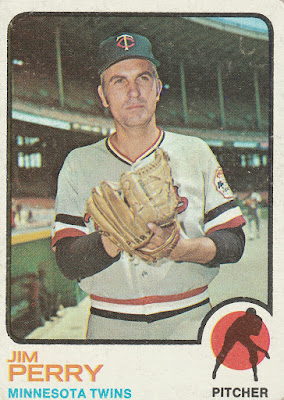 Nice! 1960 Topps All-Star Rookie Pitcher Jim Perry! He was the winningest active righthander in the American League at the time this card came out, so put that in your pipe and smoke it!

Kenny, thanks so much for these cards! I should have the return package heading your way this week.
Posted by Brian at 8:30 AM