Monster (Trade) Of the Midway 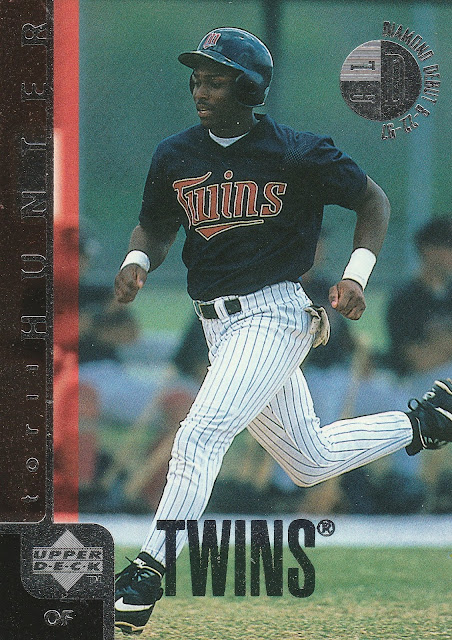 Jeff of 2X3 Heroes is alive! Lately he's been sending out awesome trade packages all over, and I was the lucky recipient of a MONSTER flat rate box. I ended up with stacks of stacks of Twins to sort through! 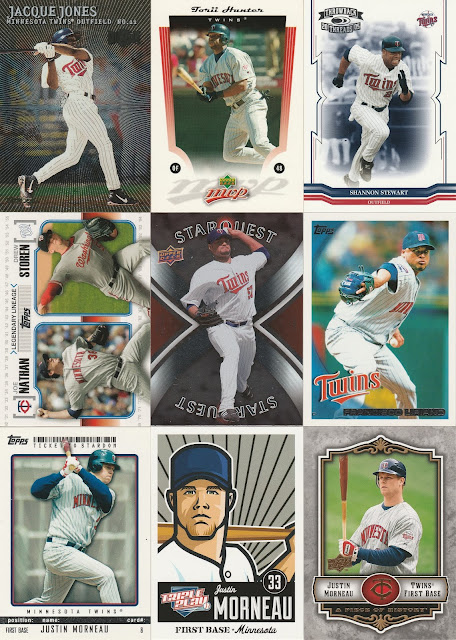 Stack one featured the Soul Patrol, some of the best pitchers in team history, and the underrated Justin Morneau. What would his career have been had he avoided that concussion? It was really good even with it. 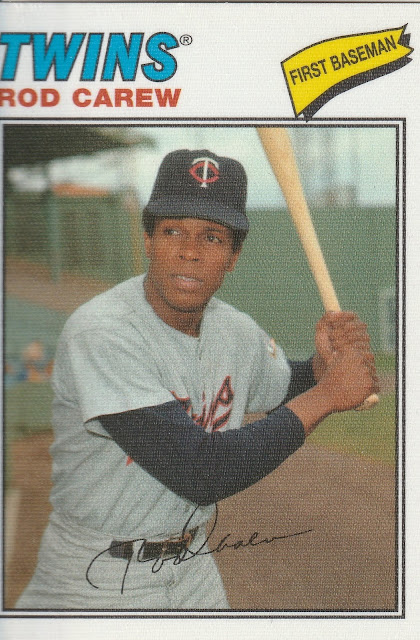 My scanner was a little harsh on it, but my favorite card from stack # 1 was this cloth sticker reproduction of Rod Carew. 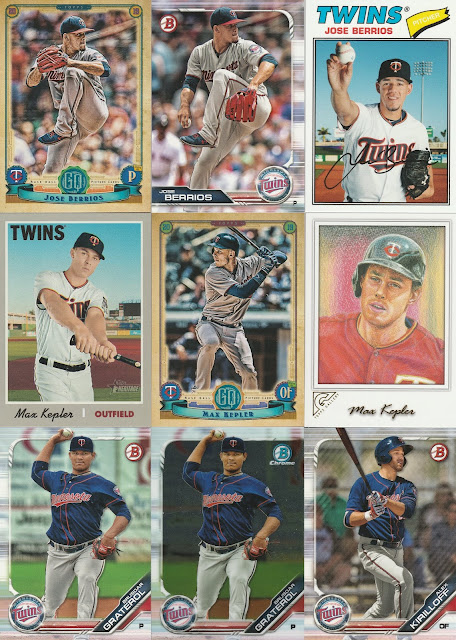 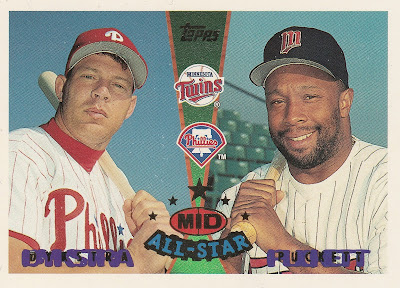 It was a more traditional Hall of Fame face that was my favorite of that stack. That's a new to me Puckett! 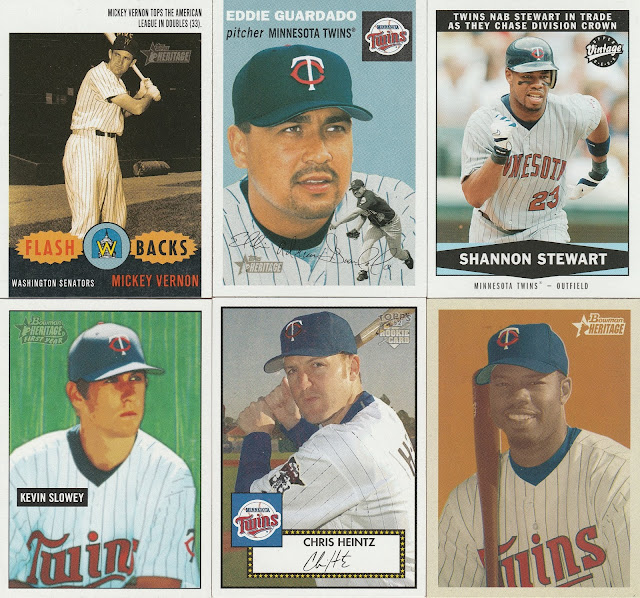 Stack # 3 was a Heritage bonanza! 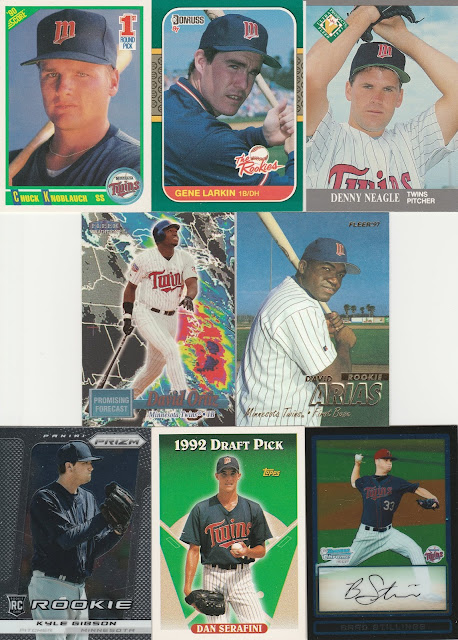 Stack # 4 was packed with rookies! 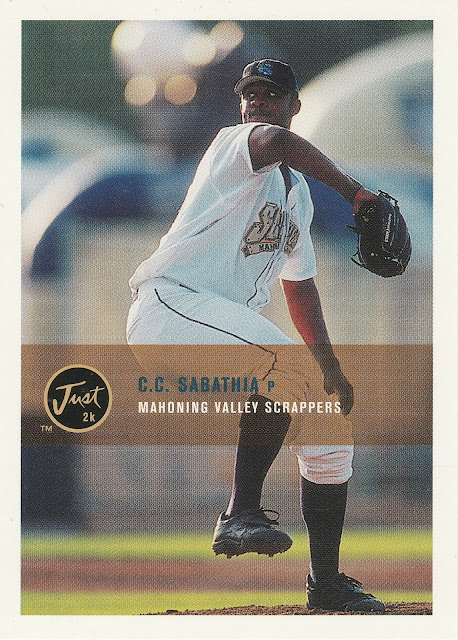 Just so you don't get burnt out on Twins, here's C.C. Sabathia, still in his minor league days with Cleveland. 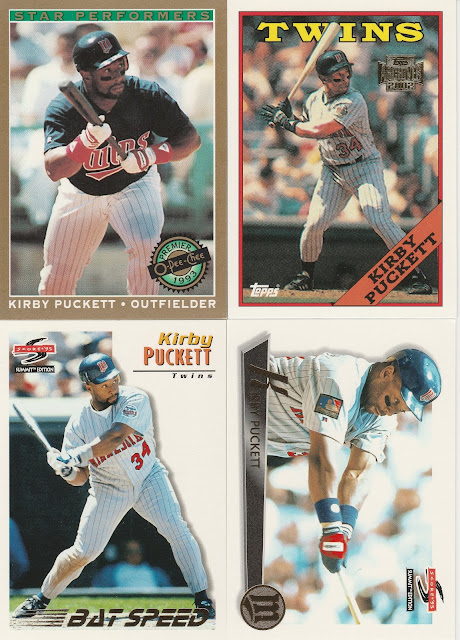 There were lots and lots of Kirbys, I think these were all versions that were new to me as well! 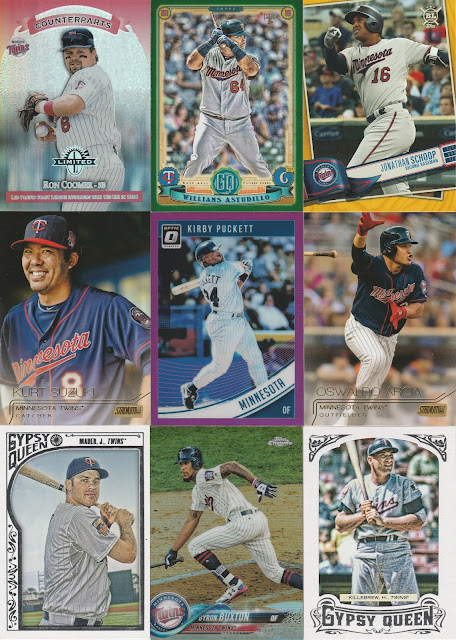 And goodness gracious, so many parallels! 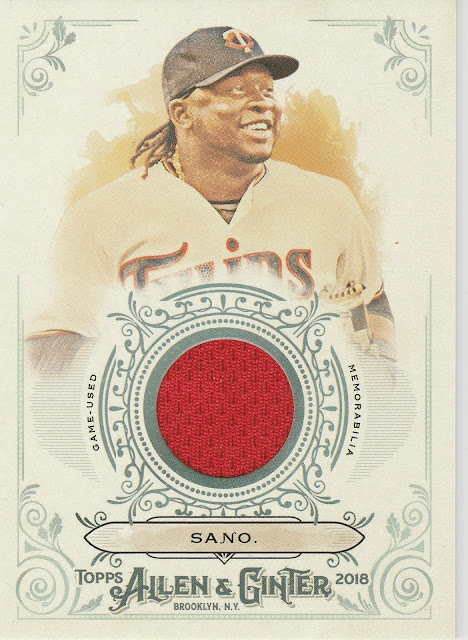 And this is only half way through the stacks that were in the box. Thanks very much Jeff, these Twins are much appreciated!