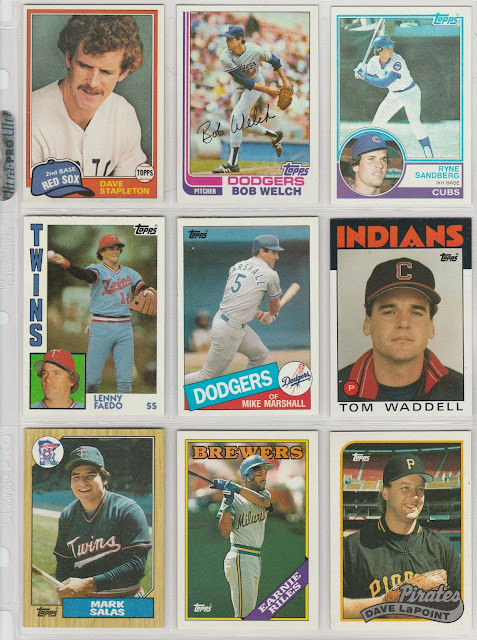 Moving into the 1980s now, having featured the 1950s, the 1960s, and the 1970s over the past month. These card designs were very familiar to me in my childhood collecting days. I wondered if there were any patterns for this cards, but there really weren't. It's been covered by other bloggers in the past, but cards ending in "0" or "5" were traditionally saved for stars. It was fortuitous, then, that 1983 featured Ryne Sandberg on card #83 - the only Hall of Fame player shown so far. 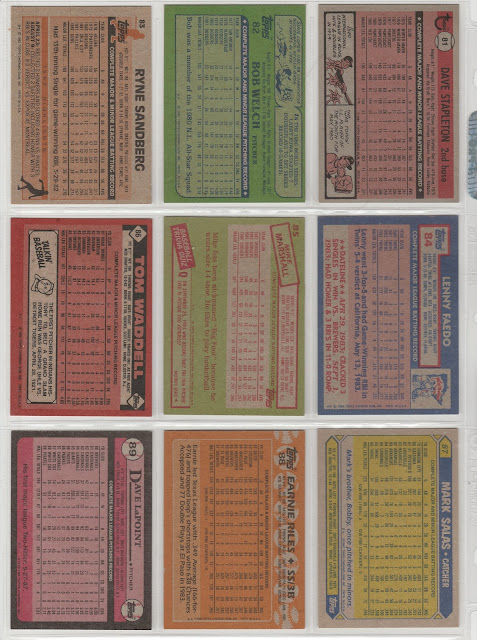 Do you have a favorite design from the 1980s? You can see that 1982 was the year that Topps started to regularly use their new lettering design. 81 and 82 still feature cartoons, though I have always been partial to the team logo on the back of the 1984 set. The 1980s left a little less room for fun facts, instead listing a single highlight (or 2) from the player's career. I didn't know that Mark Salas had a brother that pitched in the minors, or that Mike Marshall was nicknamed "Big Foot." Thanks Topps!