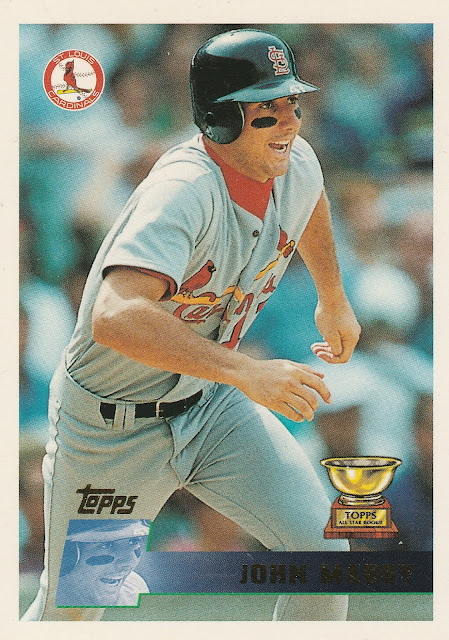 Though he was an outfielder coming up to the big leagues, John Mabry was named the Topps All-Star Rookie First Baseman for the 1995 season. This versatility would become a trademark of Mabry's career - playing all outfield positions, both corner infield positions, and even 2 MLB appearances on the pitching rubber. He would finish 4th in the NL Rookie of the Year balloting. 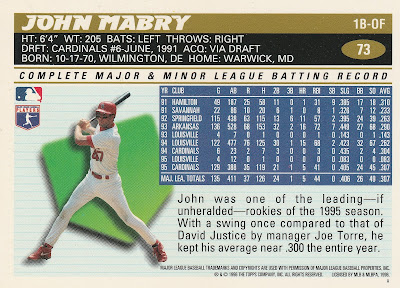 Mabry hit over .300 for his rookie season, which would be a career high mark. The lanky lefty did not provide much on the bases, but apart from that he filled up the stat sheet with doubles and a very strong throwing arm. 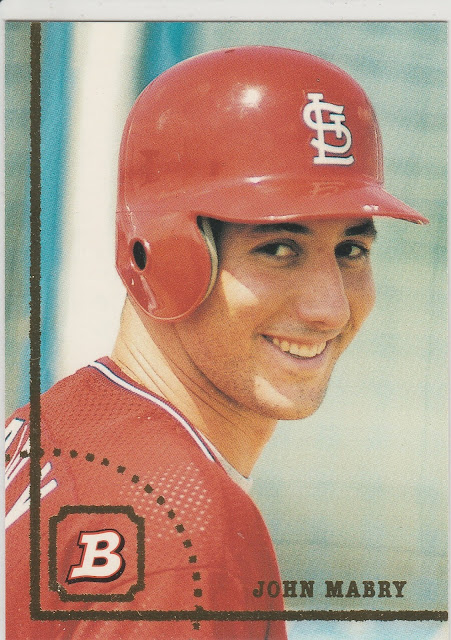 Mabry was drafted by the Cardinals in the 6th Round in the 1991 draft, coming out of West Chester University of Pennsylvania. He was born in Wilmington, Delaware and attended Bohemia Manor High School in Chesapeake City, MD. Mabry's outfield arm was considered among the strongest in the Cardinals' system, and his swing was compared to David Justice early on by Joe Torre. Mabry jumped up the minor league ranks quickly, having already played 3 years of college ball. He flashed some power in 1993 and 1994, and earned a call up at the end of that season. 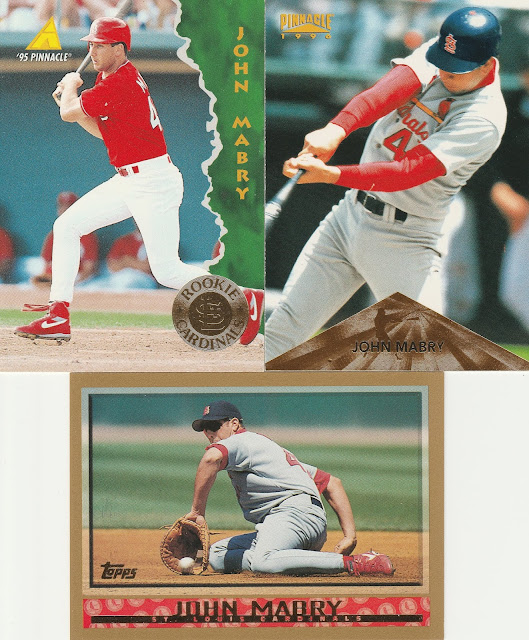 Mabry would play for many different MLB teams in his career, but the Cardinals were always home. He had three different stints in St. Louis, and his post-playing days have also been spent in the St. Louis area. His most prolific MLB season came in his sophomore season. In 1996, he was the Cardinals' primary first baseman, and led the team in base hits. He was 4th in the NL in fielding pct among first baseman, and played 13 errorless games in the outfield. He even hit for the cycle against the Rockies in May of that season. The arrival of Mark McGwire in 1998 allowed Mabry to return to his original position in the outfield. He would go on to become a super utility guy and pinch hitting specialist. 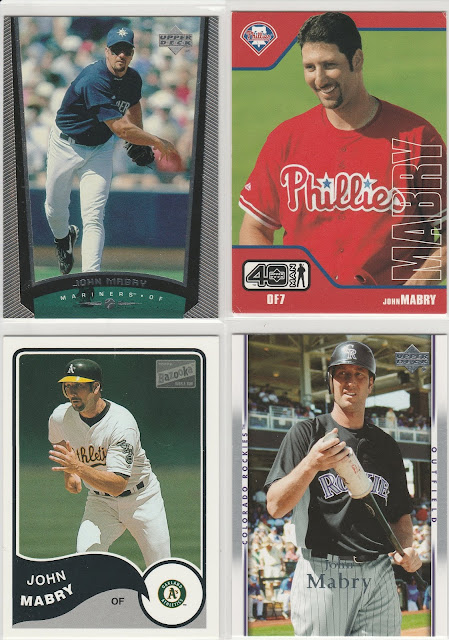 In addition to Saint Louis, Mabry played for Seattle, Philadelphia, San Diego, Oakland, the Cubs, and the Rockies. He would finish his career with the 4th most hits in MLB history for Delaware-born players. He still ranks 3rd all-time in Doubles from Delaware, behind Delino Deshields and Paul Goldschmidt. Mabry would join Mike Matheny's coaching staff in St. Louis, and was the team's hitting coach throughout Matheny's tenure.

Got any fun John Mabry stories?  I'd love to hear 'em!