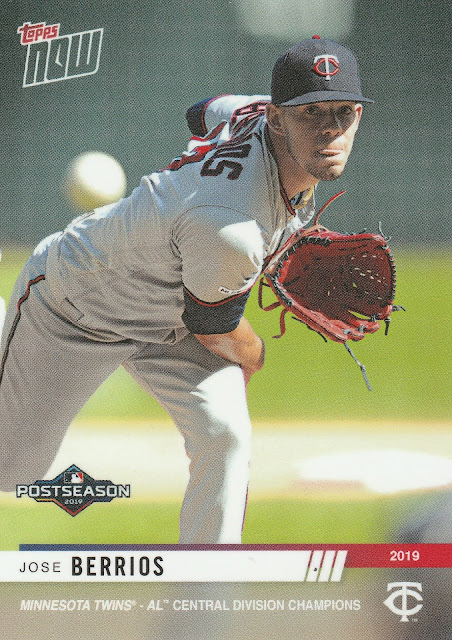 So... yeah. That's 16 straight postseason losses by the Twins against New York. There was some reason to be hopeful this time, but ultimately it came down to pitching (or the lack thereof) for the Twins. Jose Berrios was undone by a high pitch count and some poor defense, going only 4 innings in Game 1. He surrendered just 1 earned run, and struck out 6 Yankees, but it wasn't going to be enough on a night where the bullpen was unable to get outs. 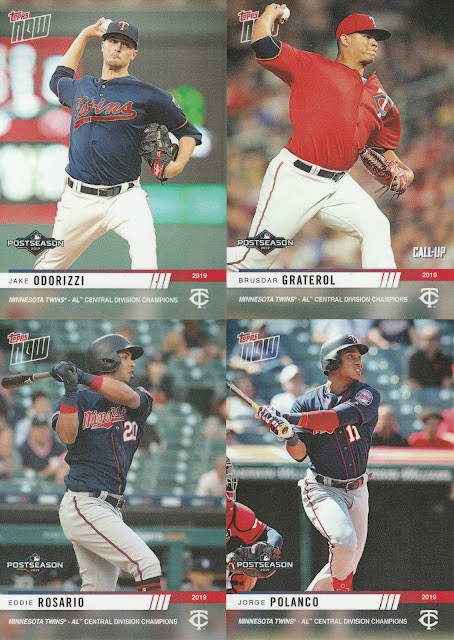 Berrios had a short start, Jake Odorizzi gave the Twins 5 solid innings in Game 3. He was the only pitcher on the roster with a positive WPA (win probability added). Brusdar Graterol pitched a clean inning of relief with a pair of strikeouts, one of the few highlights of the Twins bullpen in the postseason. Eddie Rosario had a homer in Game 3, the only run the Twins would score. Jorge Polanco was the Twin with the highest WPA, mostly from his 2-3 performance in Game 1. His homer in the first inning gave the Twins their only lead of the series. 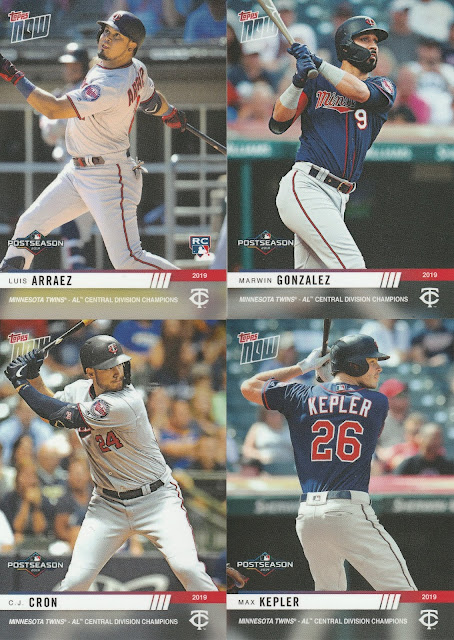 Luis Arraez had a fantastic rookie season, but a high ankle sprain on the final day of the season put a damper on an otherwise sterling debut. Even with a flat tire, Arraez had 5 hits in the 3 game series, 4 of them doubles. But the injury would be more noticeable on the defensive side, where a pair of miscues in the first game led to a Yankees rally. Marwin Gonzalez, C.J. Cron, and Max Kepler all had a tough time in the series having missed significant time in September due to nagging injuries. Kepler went 0-10 in the series, but did manage to reach base 3 times on walks. 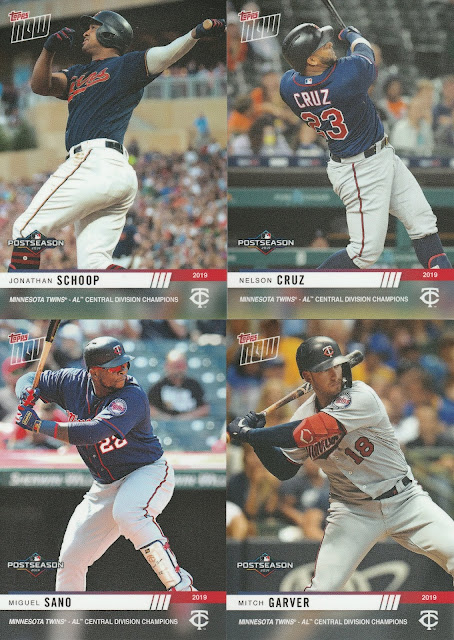 While they weren't noticeably injured, they also had sub par showings in the post season. Sano and Garver went a combined 3-24 with 13 strikeouts. Jonathan Schoop only had 2 plate appearances, striking out both times. Nelson Cruz had a big home run in Game 1, but was held in check for the balance of the series by the Yankees' pitching staff. 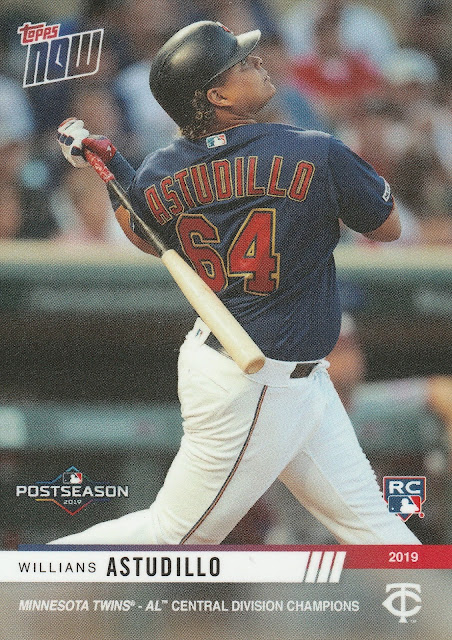 Willians Astudillo was not on the postseason roster, but he still had a card in this set. I do enjoy adding Astudillo cards to my collection, but I would have liked to have a Randy Dobnak card, regardless of the outcome of his start. 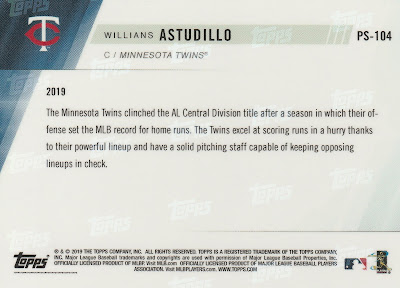 Here are the card backs for those interested. I do have one more complaint - When these sets were first listed on the Topps website, the Twins were the only Division Champ that did not have an Autograph version of the set. I assumed after checking back a few days in a row that Topps was just going to do the non-Auto version of the Twins set, so I pulled the trigger early. I found out later that an Autograph version was offered, but I didn't want to pay for a whole 2nd set (at a higher price) to get the auto. Thanks Topps.

It would be easy to complain about the injuries, the Pineda suspension, etc, but the fact is that the Yankees were the better team in that series from start to finish. If the Twins want to get this monkey off their back, they are going to have get more from their starting pitching and have more depth to weather the storm. It's not like the Yankees were all healthy...

It was a short postseason run for the Twins, but the season was still a ton of fun. I look forward to the off season with high hopes for some better starting pitching.
Posted by Brian at 6:07 PM