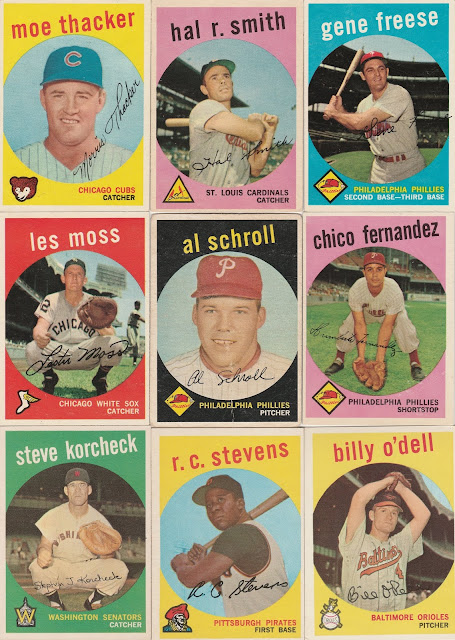 With some big ticket items still missing I am going to fall short of completing the 1959 Topps set this year, but I am going to get pretty close! Over the last month, I attended a couple card shows in the area and was able to shrink my list down to roughly 50 cards to go in this massive 572 card marathon. 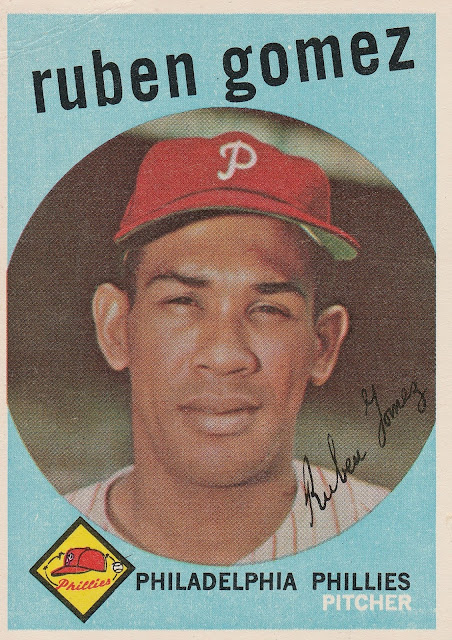 The "high number" series for this set starts in the low 500s and includes an All-Star subset to close out the set. Ruben Gomez is one of them! 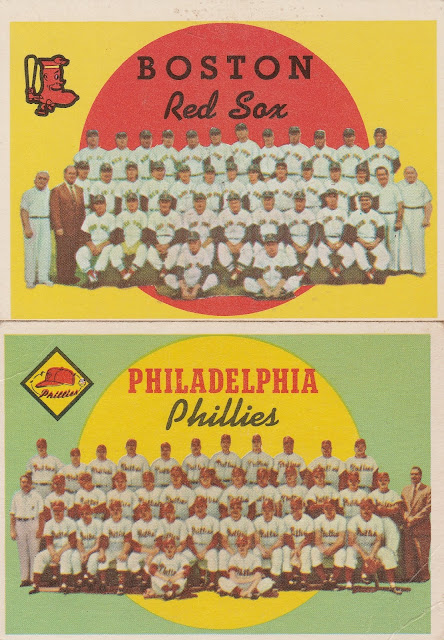 Each Team Card has a portion of the set checklist on the back, finding a Phillies card with minimal marking on the back (It has the low number cards on the back) can be tough. This one was creased in two corners, but otherwise looked pretty good.

The set is peppered with these team themed cards - I like how they look together. I have been going back and forth about putting these cards together at the front of the binder, or keeping them with their respective teams. 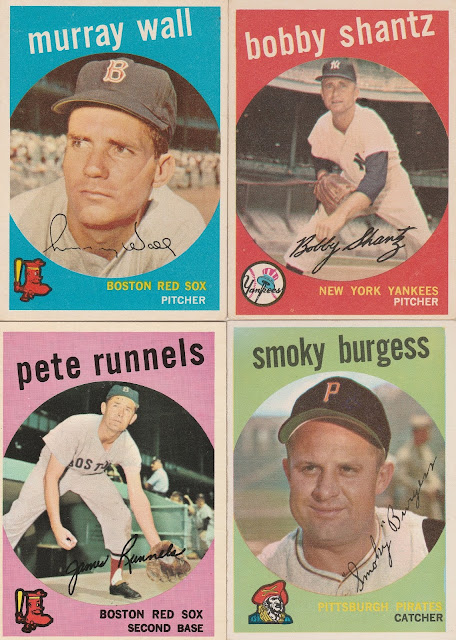 Not Hall of Fame guys, but these were some players that had some big games and big seasons in the 1950s. 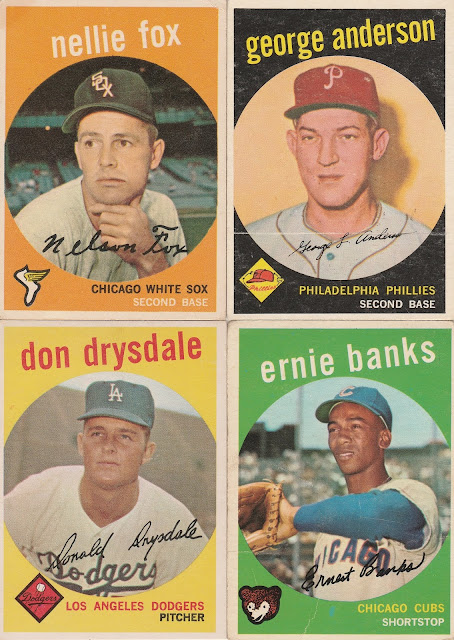 But since you asked, there were some Hall of Fame guys in the latest haul. George is better known as Sparky Anderson, the Reds and Tigers World Series winning manager. 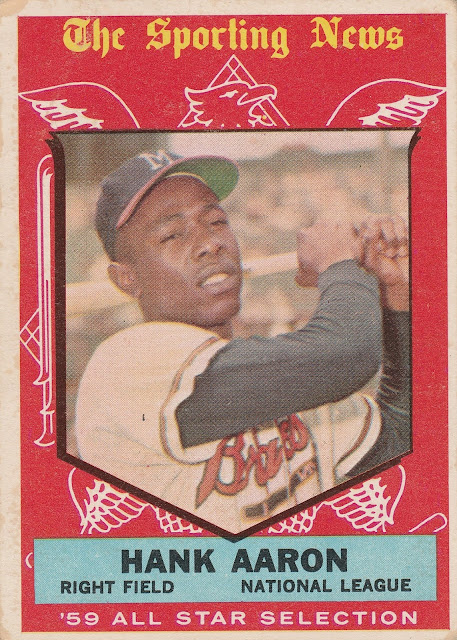 I was able to add Hank for just $20 - the vendor had 3 in the case and this was the one in the worst condition. I am just one card away from finishing the AL All-Stars (the Mantle, of course). 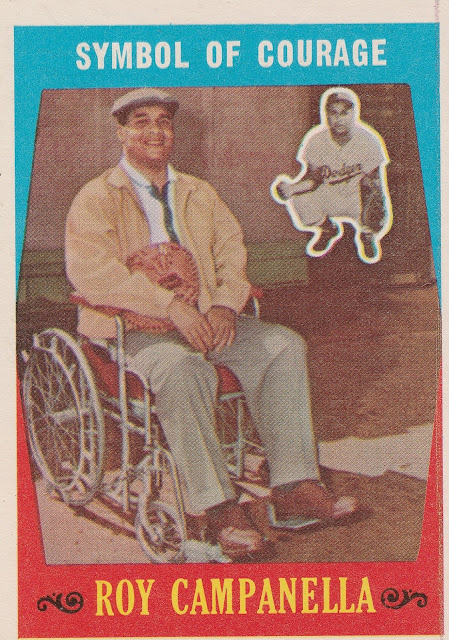 The big cards left on my checklist include the Mantle All-Star card, the Bob Gibson rookie, and Al Kaline's base card. I finally added the Roy Campanella special card (Card #550) after passing on it many times. I ended up finding a much more affordable copy at the next card show, but that is the Murphy's law of collecting.