Ok, what do you consider to be "vintage" baseball cards? Pre-war/pre-Topps? 1960s/70s? 1995? I was curious about Rollie Fingers' definition of vintage when he put his name on this box in 2004, promising "7 Vintage Cards Per Pack." 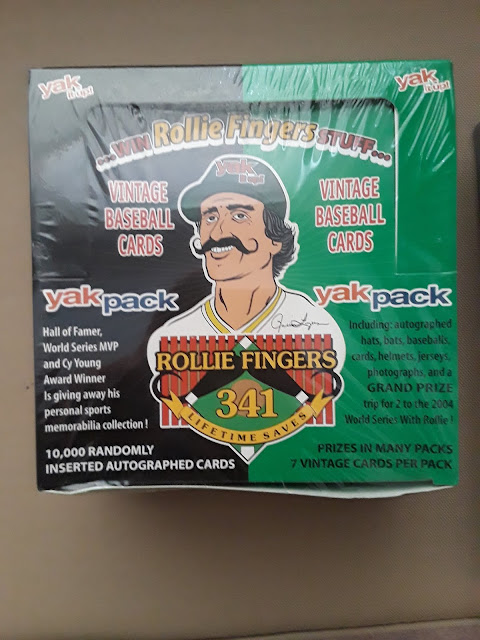 A Brief Video Interlude of the first 2 packs...


This was an impulse purchase - I wanted to bust open some packs and I was looking at a wall of uninspiring 80's and early 90's offerings when I spotted this box all alone for $10. 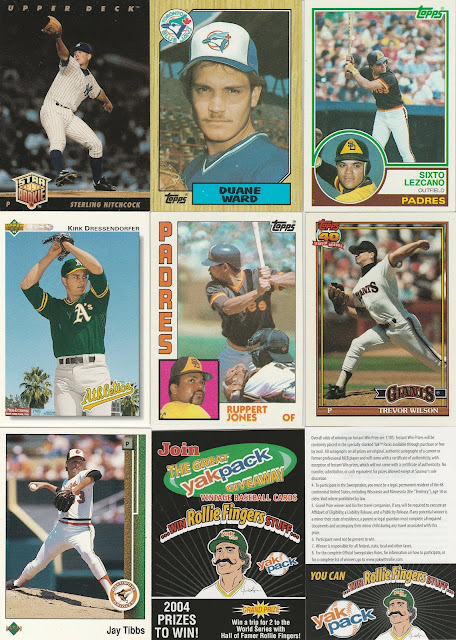 This is a typical pack - there's no vintage there, at least based on most accepted definitions. I would say "vintage" should be 15 - 20 years old, at least. Technically 2003 to 1983 works, but to me that should be the most recent card. The definition of vintage today is generally 1979 or older-- the offerings from the 1980's and 1990's are rarely placed in vintage bins or boxes at card shows. 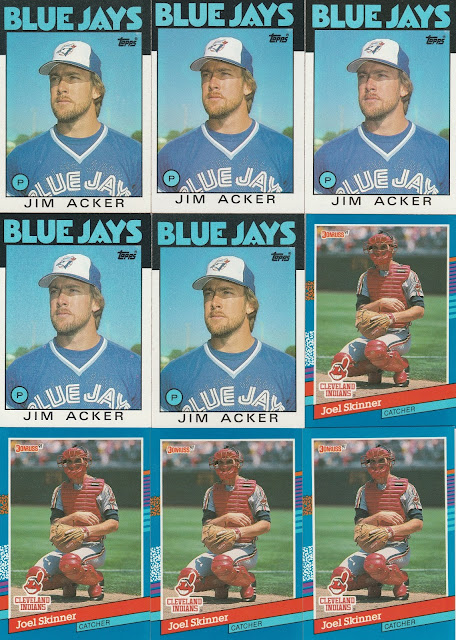 The "vintage" definition aside, after opening a few packs, patterns began to emerge. 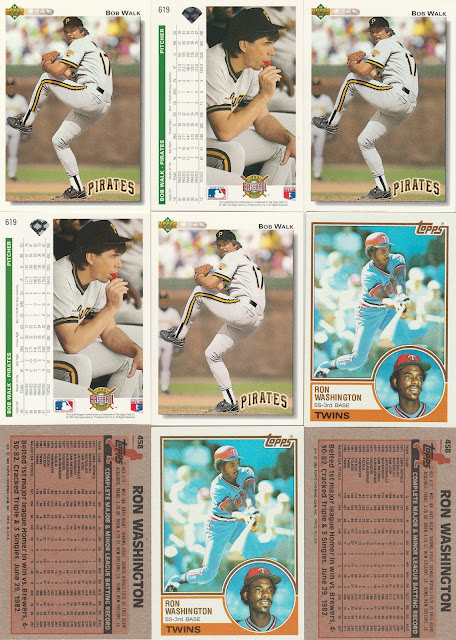 It was borderline comical! P.S. there were no Rollie Fingers cards in the box, though he was still in the league in the early 80's. 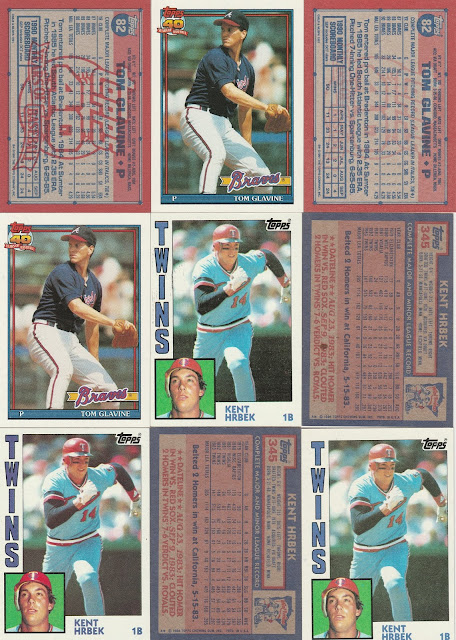 Ha, joke's on you, Rollie! Technically those two shades of red on the '91 Topps logo represent variations! So you didn't give me 6 identical Tom Glavines, instead there were 3 each of the two variations. Don't know if it counts, but half of the Kent Hrbeks had printing smears on the front, the other half did not... 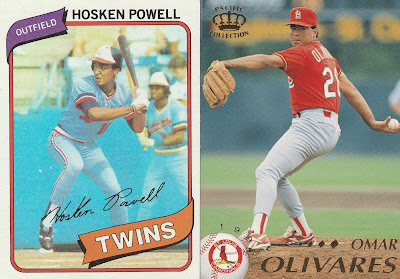 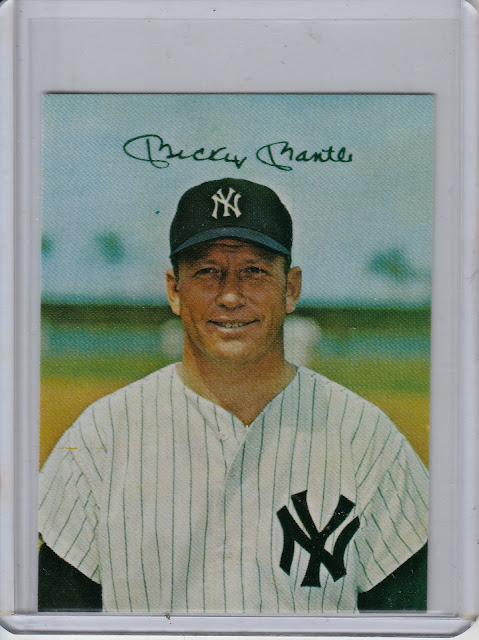 The best thing in the box was in the very first pack (I'm thinking this is by design?) - a 1983 Starline Sticker of Mickey Mantle. You can find a copy on COMC for around $5, so I can say that I spent $5 to get this sticker, and I paid another $5 for some very elaborate packing material.