This is my 537th post on the ol' Arbitrary, so how about a completely arbitrary anniversary? 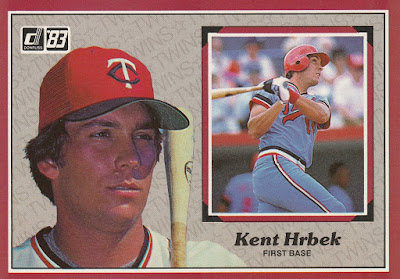 I've been sorting through Twins, and today I was able to list all of my Kent Hrbek cards - I have 122 unique cards of Hrbie, and a fairly big stack of doubles to get with it. One of his cards mentioned that he was the all-time leader in MLB history for home runs indoors. It was most likely true in the early 90s, but he was passed at some point by Ken Griffey, Jr., who I think is the current leader in that department. I looked up a few other possible candidates for that title like David Ortiz, Jim Thome, Edgar Martinez, Alex Rodriguez, and Evan Longoria. Hrbek's 166 indoor homers surpasses them all! What a weird stat, though Hrbek playing his entire career in the Metrodome is a good reason why. Longoria has 133, ARod has 151, Thome only has 56 dome dingers... 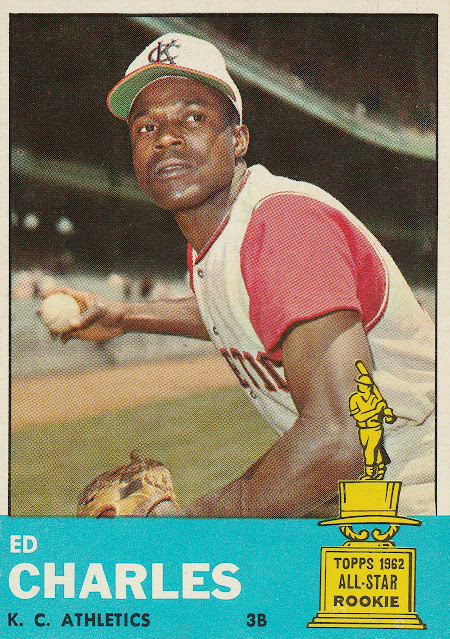 Today is Ed Charles' birthday - not really an arbitrary anniversary for him! He is the Kansas City Athletics' all-time leader in games played and total bases, which is both a fairly random stat, and a testament to the consistent contributions he made on the field for some pretty bad teams in the early to mid 60s. Charles also played for the 1969 Miracle Mets and had key hits for the Mets in Game 2 of that series, as well as fielding a grounder that became the final out to even the Series at a game apiece.