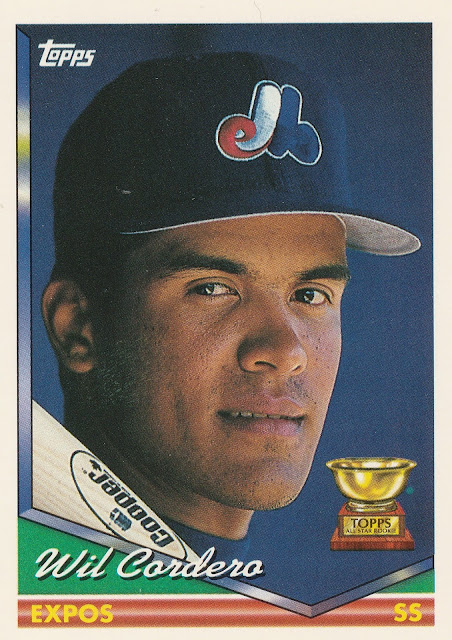 Wil Cordero had a decent rookie season, providing a little unexpected power (10 homers) to the Expos' middle infield. Along with teammate Mike Lansing, the future looked bright (Again! Still!) in Montreal. His fielding was still a work in progress (33 errors), but the Expos were content to allow Cordero to develop at the major league level. Instead of the dreaded "Sophomore Slump" Cordero would return in 1994 with arguably the best year of his major league career. 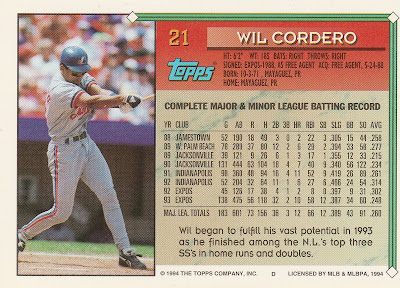 Cordero is from Mayaguez, Puerto Rico- the same city that produced Roberto Perez, Jose Vidro, Ozzie Virgil Jr., and Omar Olivares on the diamond and NBA player J.J. Barea. Cordero was signed by the Expos in 1988 just shy of his 17th birthday, and he made steady progress through the minors. In 1992, he was invited to major league camp in Spring Training, but an ill-timed slump and a pile of strike outs saw him returning to AAA Indianapolis for a second year. He would make his MLB debut in July, going 2 for 3 against the Dodgers, scoring 2 runs in a 4-3 victory. 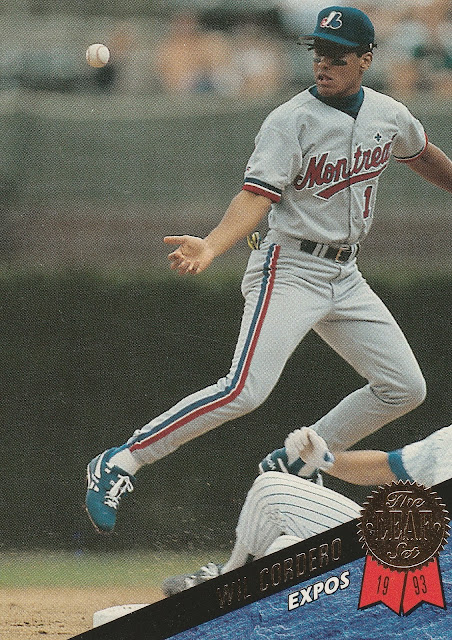 He'd play in 45 games for the Expos down the stretch in 1992, hitting .302 with minimal power (just 7 of his 38 hits went for extra bases.) He wasn't especially fast and his defense left a little to be desired, but he had the raw tools that a team operating on the strength of their next prospect crop would covet. He did show flashes of power in the minors (11 homers in '91) as well as being strikeout prone (122 Ks in  '90). 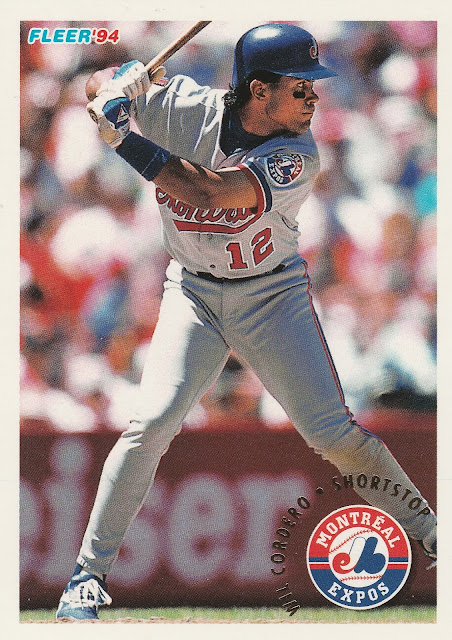 He put it all together in 1994 - making the All-Star team, and winning a Silver Slugger award as a Short Stop. He hit 15 homers for the Expos in the strike-shortened campaign. 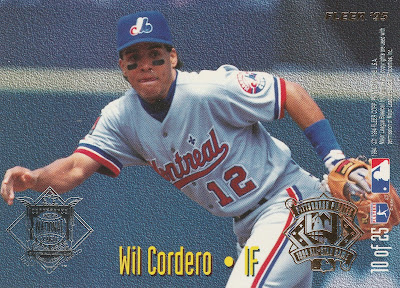 The big season would make him an attractive trade chip, and he would be sent over to Boston in a trade for 4 players, the biggest name being pitcher Rheal Cormier. He'd play in Boston, Chicago, Cleveland, Pittsburgh, Florida, and back with the Expos again just in time for their move to Washington in 2005. He had a rough start was was released by the Nationals mid season. He'd finish 2005 playing for the Mets' AAA affiliate. He'd try again to make a comeback with the Mets in 2007, but was released prior to the start of the season. 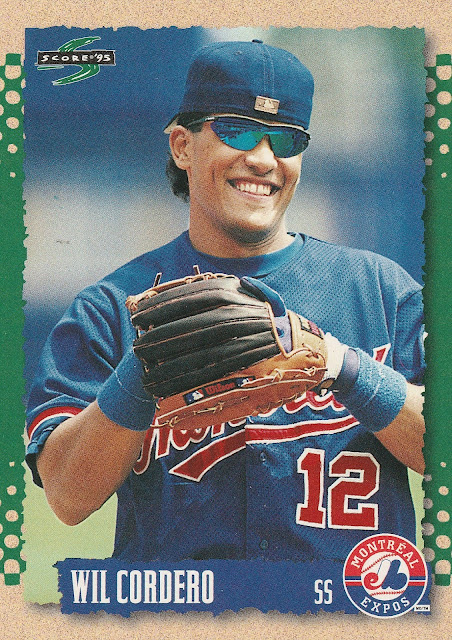 Cordero played in 14 major league seasons, including the lone All-Star appearance in 1994, and two trips to the post season with Cleveland in 1999 and 2001. He hit .556 for Cleveland in the '99 ALDS including a home run in the ninth inning of a crazy game that ended with a score more like a football game, with Boston winning 23 to 7. The series went the distance, with Boston edging out Cleveland 3 games to 2.