Shopping for cards at a Vintage / Consignment shop 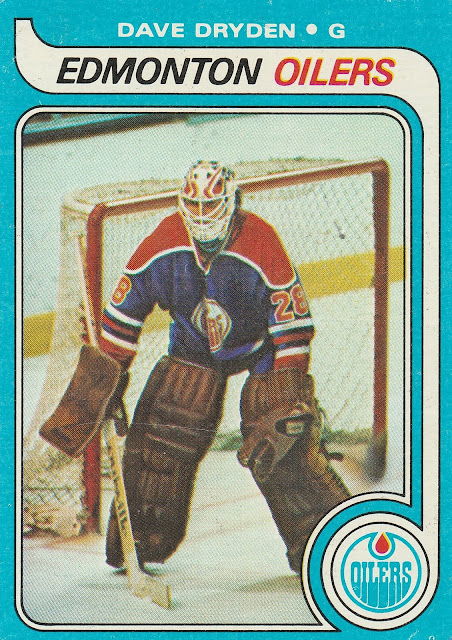 Just a few blocks from my house is a long string of antique and vintage stores, probably 6 or 7 in a row over 4 blocks. I'd been in them all over the last few years, rarely if ever found anything sports related. One of those shops just relocated even closer to my house, so on Saturday afternoon, I wandered over to investigate, and maybe find a little something extra for my mom for Mother's Day. 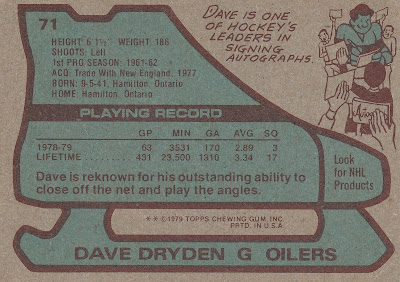 To my surprise, there was a wall of trading cards, including a box filled with vintage hockey. No Gretzky, but I did find the Oilers' goalie from that season, Dave Dryden. He was one of the league leaders in . . . autographs? Closing off the net is a good skill for a goalie to have, and his Goals Against Average was not too bad. Dave's brother Ken was Montreal's great goalie, winning his 5th Vezina (best goalie) and 6th Stanley Cup in his 8th and final NHL season in 1978-79. Dave was the WHA standout that year, leading the WHA in games, GAA, and shutouts. He was an All-Star, and winner of both the Top Goalie (Ben Hatskin award) and the league MVP award. The Oilers won their conference championship, but were runners up in the WHA finals to the Winnipeg Jets. 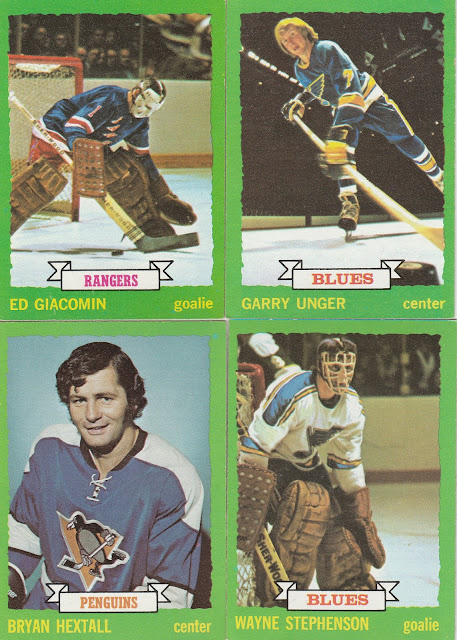 The vast majority of the cards were from the 73-74 Topps Set, including the 4 beauties. 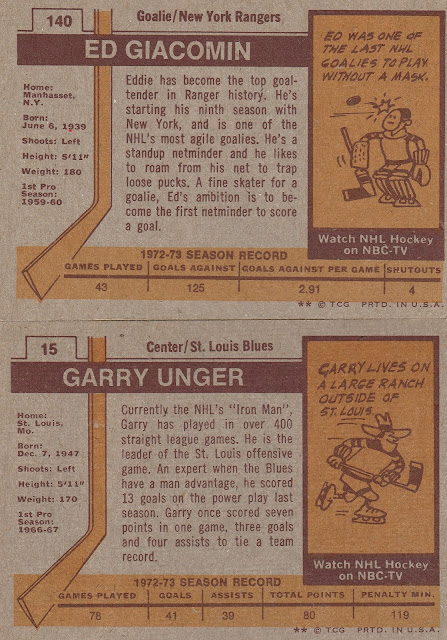 You can still watch hockey on NBC, some things never change... Ed Giacomin is a Hall of Famer, mostly for the first 5 seasons of his career, when he was the Rangers' netminder and perennial All-Star and Vezina Trophy contender. I like the juxtaposition of him being the last goalie to not wear a mask, and wanting to be the first goalie to score a goal during an NHL game. That honor ended up going to Billy Smith of the Islanders, sadly because he was credited with an own goal. Ron Hextall of the Flyers (Bryan Hextall is Ron's dad!) scored the first Goalie goal against the other team. 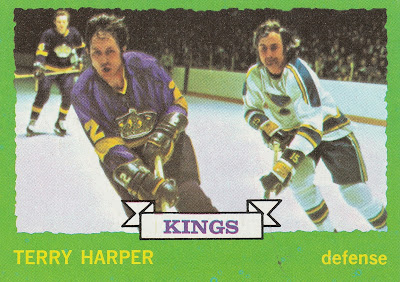 Added one more for the sweet panoramic shot. Terry Harper was a long time Montreal Canadien, and was on 5 Stanley Cup champions. 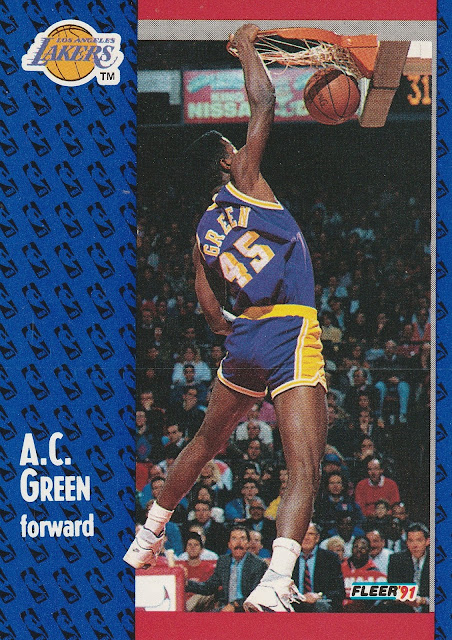 The vintage store also inexplicably had a box of 1991-92 Fleer basketball packs. Checking the background for possible murderers or kids who grow up to be professional athletes... no luck so far, though the gentleman in the first row on the left appears to be winning the game of impressive mustaches. 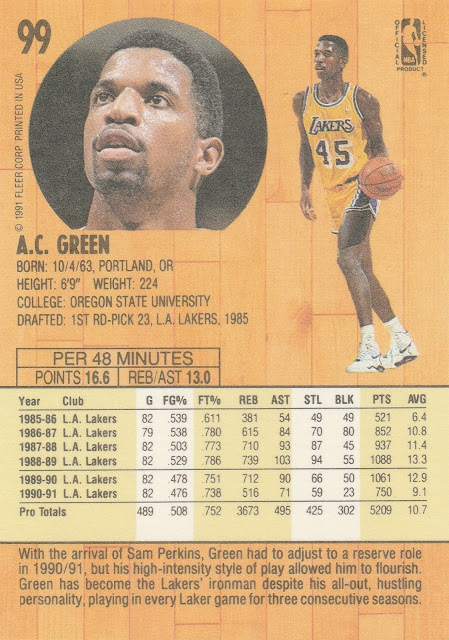 I actually kind of like the backs of these cards, with the hardwood background, the Fleer Ultra style action shot / portrait, and the per 48 minutes stats are a nice Fleer touch, reminds me of the stat splits on the back of their baseball designs in the 80s. 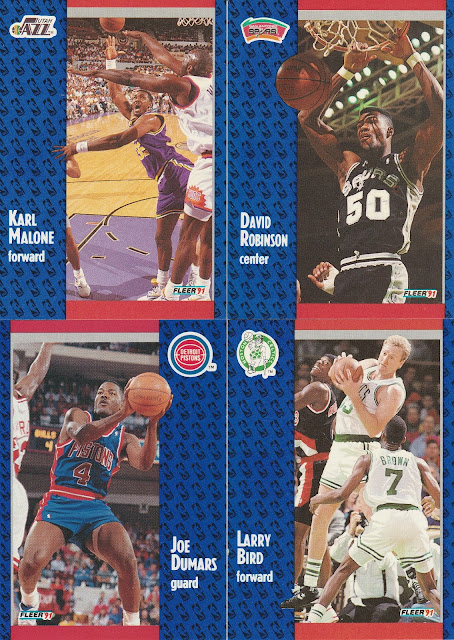 I won't show the whole pack, but here are the biggest names I pulled. If you look closely, I'm pretty sure Joe Dumars is being guarded by Michael Jordan. All in all, it was a fun trip to the vintage store, I ended up finding a couple fun things for Mom too, but this is a card blog, dang it!