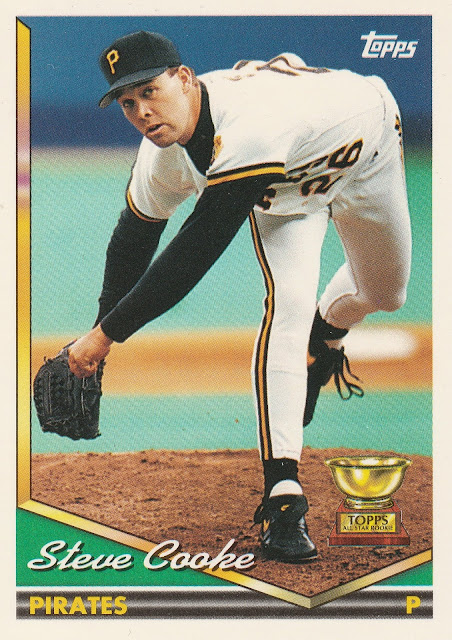 Lefty starter Steve Cooke was born in Hawaii, a descendant of some of the earliest U.S. citizens to travel to the island chain. His ancestors played baseball with innovator Alexander Cartwright while he was a firefighter in Honolulu in the 1800s. Cooke's own baseball journey began on the islands, but he would attend high school in Tigard, OR. 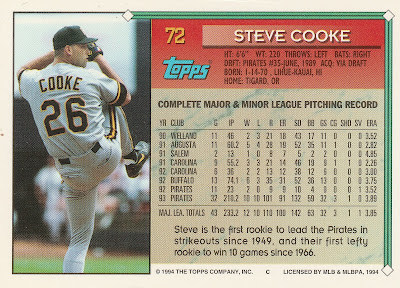 After pitching in college at Southern Idaho, Cooke was a 35th round selection of the Pirates in 1989. In the minors he made steady progress by displaying impeccable control and limiting damage. Cooke made his MLB debut in July of 1992, pitching the last 2 frames of a blowout loss to the Cubs. He made 10 more appearances that year for the major league club, setting the stage for his rookie year in 1993, where he would slot into the middle of the rotation. 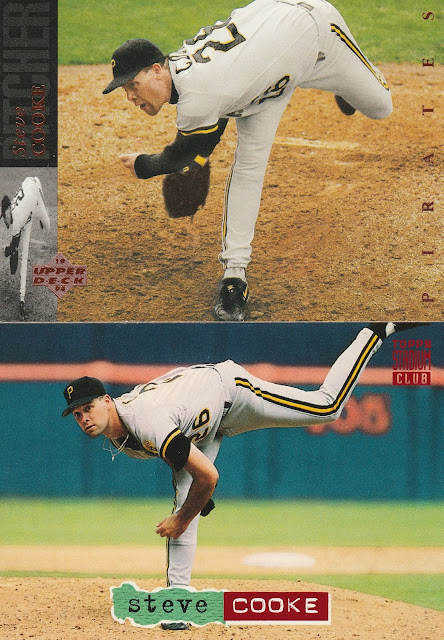 Cooke's rookie season was something Pirates fans had not seen in some time. He led the team in strikeouts, Innings pitched, ERA, and finished second in victories behind the legend Bob Walk. The last time a rookie led the Pirates in strikeouts was aaaallll the way back in 1949! His 10 victories were the third most among rookies in 1992, and a lefty with a pulse, he was a highly coveted asset for the Pirates. As is often the case with young pitchers, injuries can quickly derail even the most promising of starts. Cooke had shoulder issues crop up which would require surgery, and knock him out of major league action for nearly 2 full seasons. He would make a comeback for the Pirates in 1997. 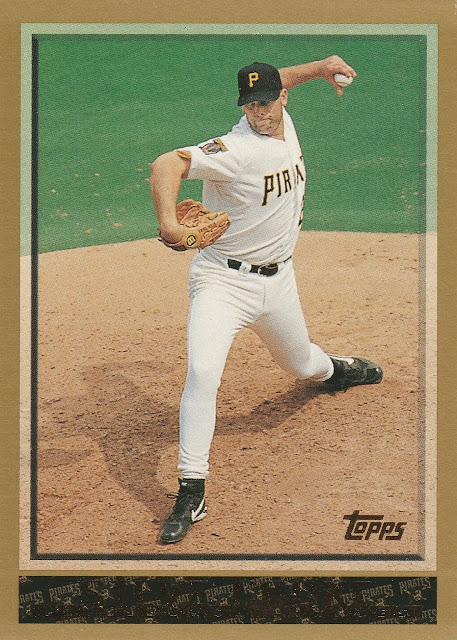 Cooke would find rough sailing upon his return but it was still a thrill and a pleasure to be back in a big league uniform. He'd top 100 strikeouts again in 1997, for the first time since his rookie campaign, and had 9 victories for the Buccos over 32 starts. 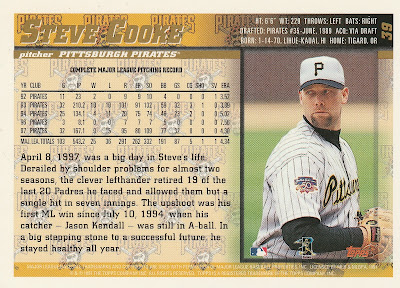 In 1998, he'd make one start for the Cincinnati Reds, allowing 1 run over 6 innings, but injuries again would limit his time on the field. He was diagnosed with tendinitis in his elbow after missing his second start, and would not pitch again in 1998. He'd sign with the Rays for 1999, but did not make the team. He pitched 5 games for the Padres' AAA affiliate, then spent 2 seasons in independent baseball before retiring.