NOW That's What I Call Dominant 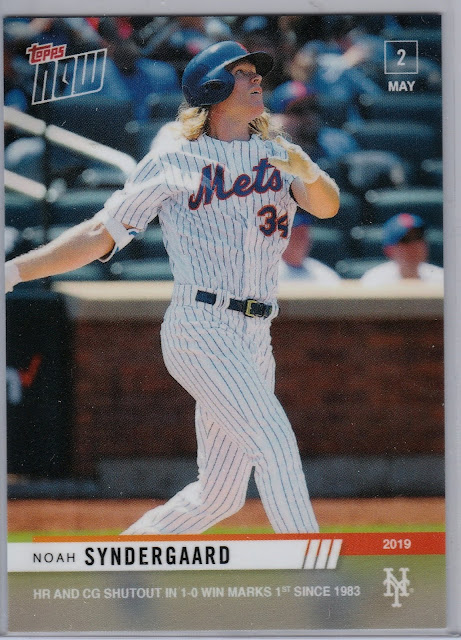 More Topps NOW cards - there is variety on the horizon, I promise. I couldn't pass up Thor's complete game from May 2nd. Not only did he go the distance and strikeout 10 batters, he was also the only guy to cross home plate, crushing a solo homer for the Mets. A real do-it-yourself masterpiece! 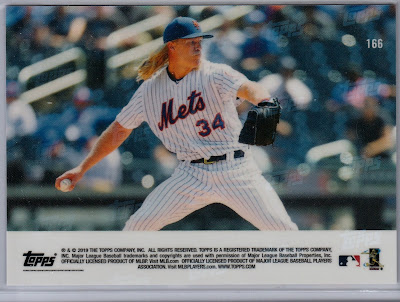 I wanted to know who the 1983 fella was that was the last pitcher to toss a CG and hit a homer, so now you reap those benefits as well. It was Dodgers hurler Bob Welch, who also beat up on Cincinnati. The Reds have guys on their team that could return the favor- Michael Lorenzen comes to mind, though I guess he's a bullpen guy now. He certainly has the home run power, hitting 6 homers in his career, including 4 last season alone. Luis Castillo is a good candidate to shut another team out, not sure if he can muscle up on a pitch to hit it out, but anything's possible! 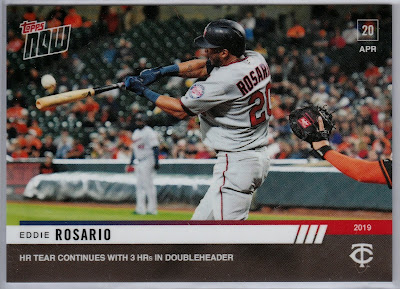 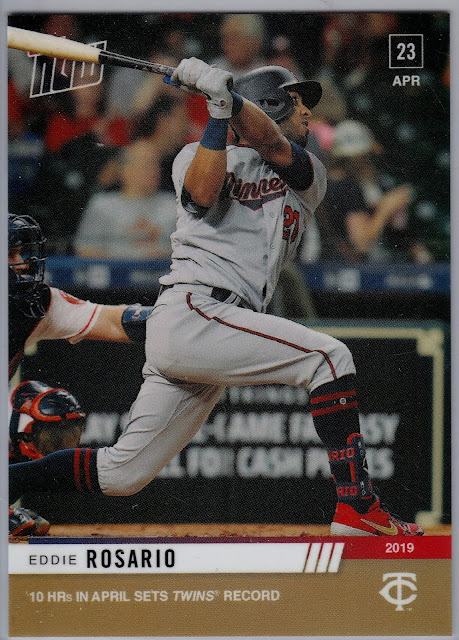 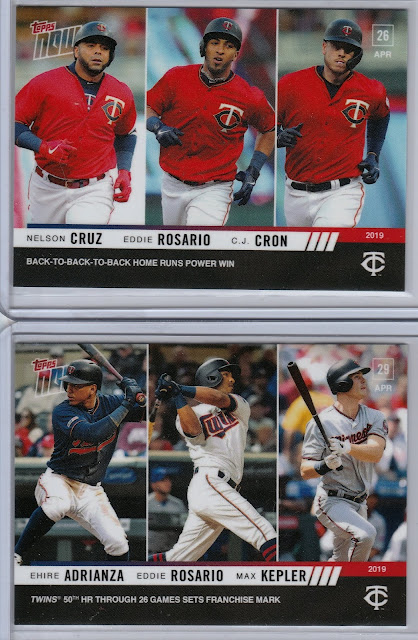 ED-DIE, ED-DIE! Rosario broke out in a big way last season, and he's right back on top the HR leaderboard in 2019. He has 17 homers, tops among AL outfielders- and that's with him still trying to snap out of a bit of a slump in May. April was a record setting month for him, becoming the first Twin to hit 10 or more homers in the first month of the season (it's hard to do in the snow!). Of course, he's not the only one mashing taters for the Twins. The whole team has been killing the ball since the start of the season, and they don't seem to be slowing down. Nelson Cruz and Mitch Garver went on the IL, just in time for Miguel Sano to return. Jason Castro was meant to be the primary catcher anyway, and he's picked up right where Garver left off. Castro has 7 homers in just 27 games, which is pretty impressive given his career high is 18.  They became just the 2nd team in MLB history with over 100 homers in their first 50 games.