Oddballs from Out West 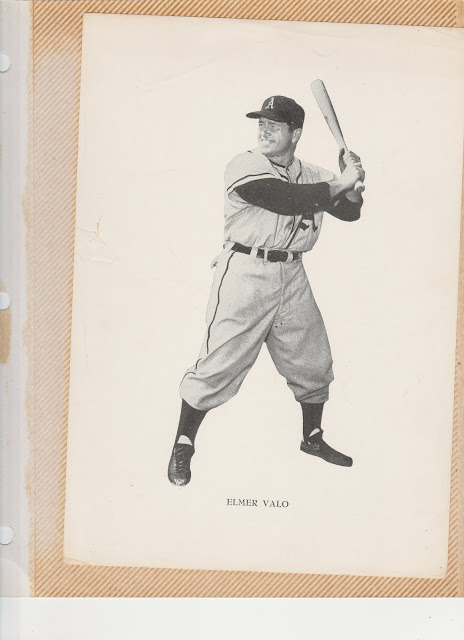 Sunday night I was losing auctions for Willians Astudillo parallels (which I must say are selling much higher that they ought to, IMO), I switched gears and turned my attention to some older Player collections. Searching for Elmer Valo cards now usually has just one or two results for "new to me" cards, but this time I found this odd item - a magazine (?) page, promo photo (?) pasted onto a three hole punch scrapbook page. He's (I'm pretty sure) sporting a Philadelphia A's uni (might be KC, but I think they had a diff. hat), so my best guess is that this is from the early to mid 50s. He played for the A's through 1956 in KC. Not sure if there's anything on the back. The corners are a little loose, and can be peeled back a little, but I hesitate to do much more for fear of tearing it. ODD! 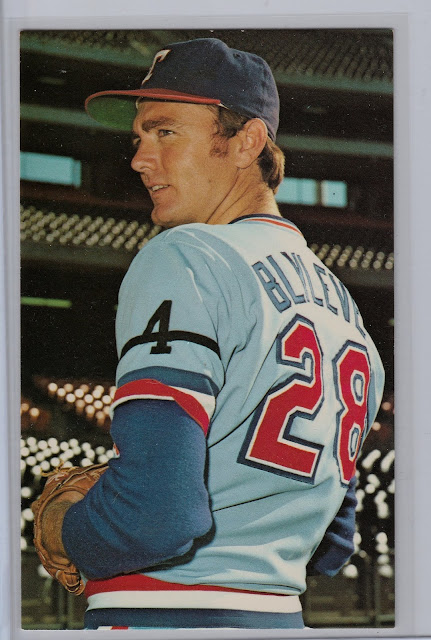 A season after the trade from MN to TX, Bert Blyleven posed for this Postcard. My gcrl research tells me that the #4 armband is in memory of teammate Danny Thompson, who was the other player Texas received in the Blyleven trade. Thompson died at the age of 29 in the 1976 offseason after succumbing to Leukemia. Blyleven would toss 11 shutouts for Texas over a season and a half, and was the AL leader in WHIP in 1977. 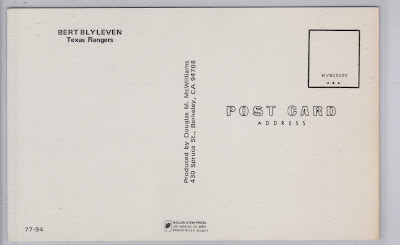 Here's the back of the postcard, printed in Los Angeles. 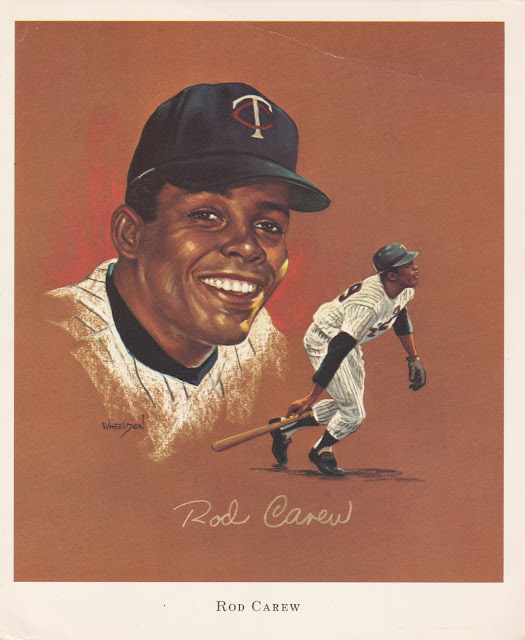 Mark Hoyle a while back sent some gorgeous 1963 Western Oil and Fuel company prints by artist Nicholas Volpe. Local grocery chain SuperValu got into the fine art act in 1970, producing a series of Twins prints by John Wheeldon. This is roughly an 8X10. 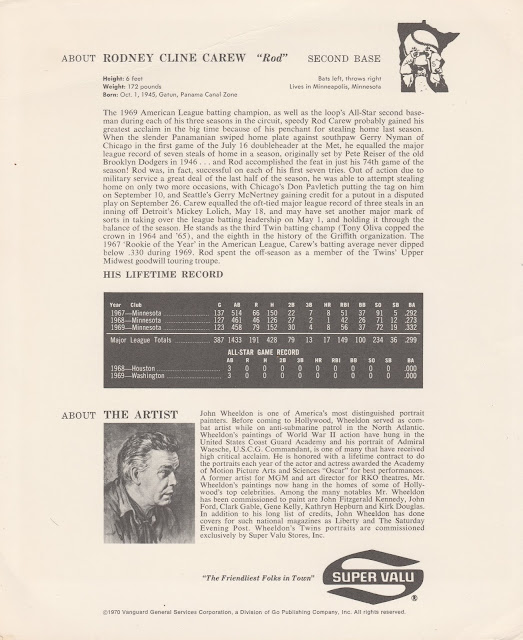 Here's the back of the print- All of these items came from the same San Fran based seller on eBay, who had an eclectic array of postcards, scorecards, prints, programs, pins and random miscellany. He combined shipping on all the items, and everything was well packaged. Here's the seller's page, if any of those items intrigue you...