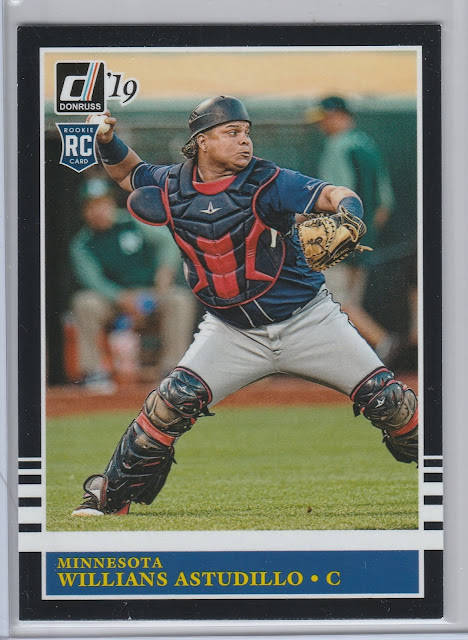 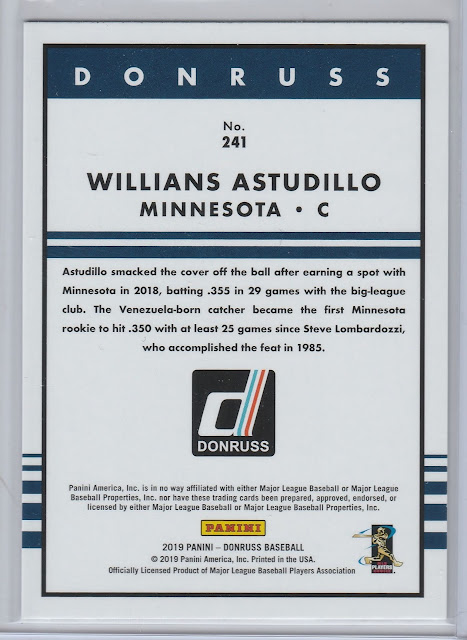 The back is a simple statement of the facts. Astudillo has slumped a bit, and his career batting average has dropped to .342. 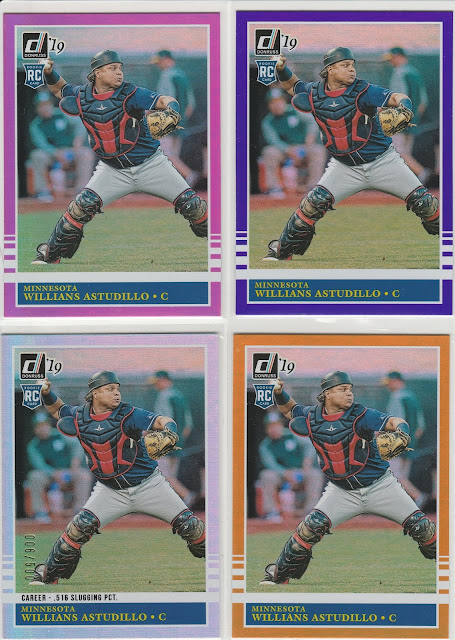 Astudillo didn't make it into the exclusive Donruss Optic checklist, but he still gets a nice variety of shiny cards, these refractor-ish cards are called "Holo" parallels. Pink, Purple, and Gold. 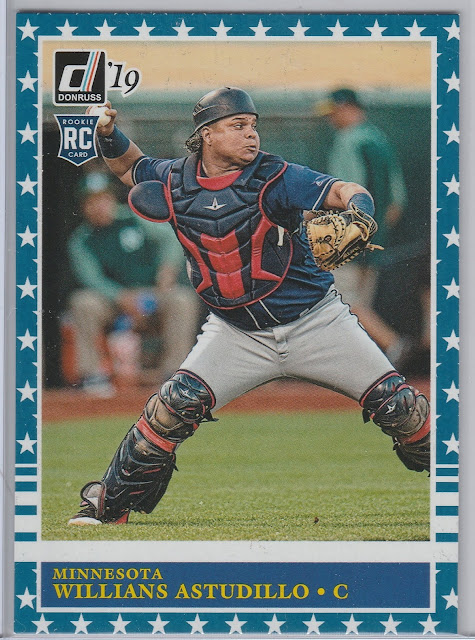 Panini is using the MLB promotional holidays as parallels as well. This one is for Independence Day, there's also Mother's Day, Father's Day, and Jackie Robinson Day. 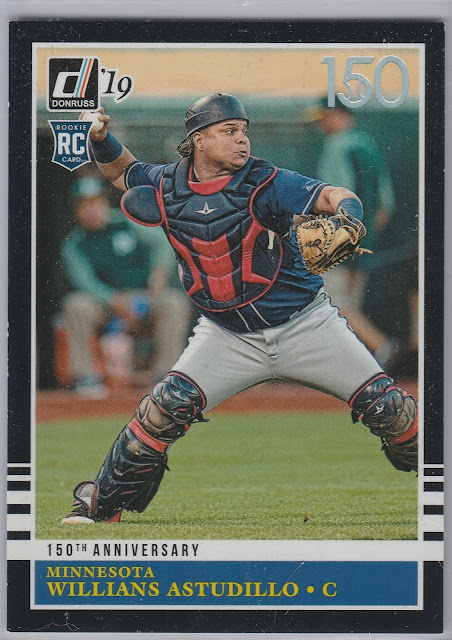 It's the 150th Anniversary of... 1869. This is the "official" anniversary of professional baseball, and this year is the big 'ol Sesquicentennial. Big Whoop! 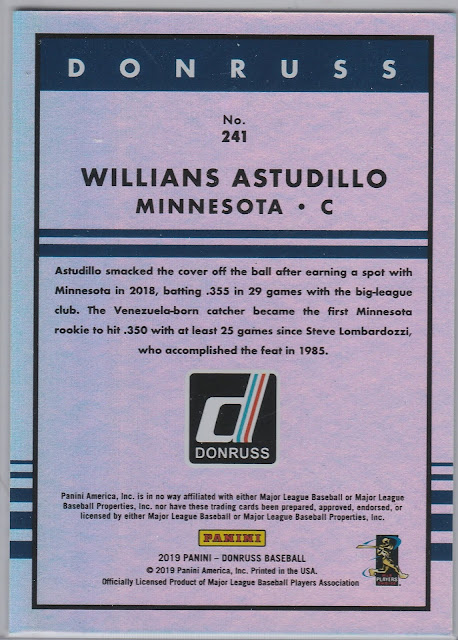 Last but not least, they made the back shiny for this parallel, numbered to 99 copies. Hit me up if you have any of the parallels not shown here from 2019 Donruss, I'd be interested!