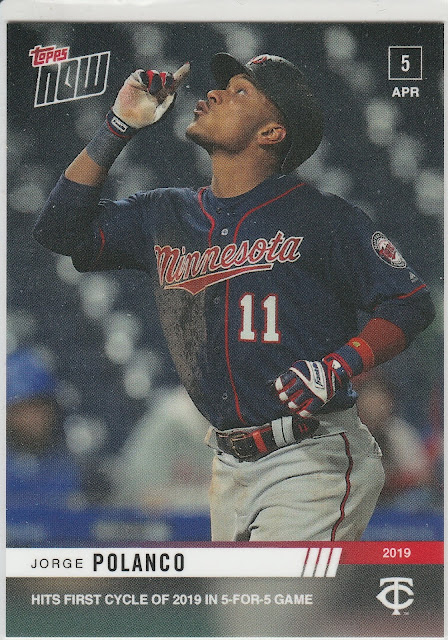 In an otherwise forgettable game (for Twins fans), Jorge Polanco had himself a ballgame in a rain-soaked series opener against the Phillies. Topps commemorated the event for the Twins' first (and so far only) Topps NOW card. 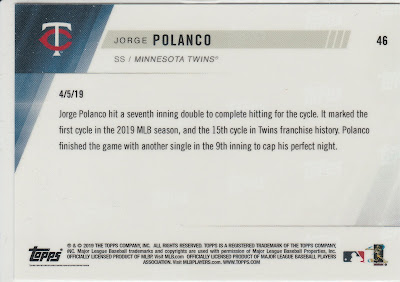 The back gives a quick rundown of Polanco's cycle, the first of 2019 in MLB. Polanco has continued to high well in 2019, his average just dipping below .400 for the first time this weekend. 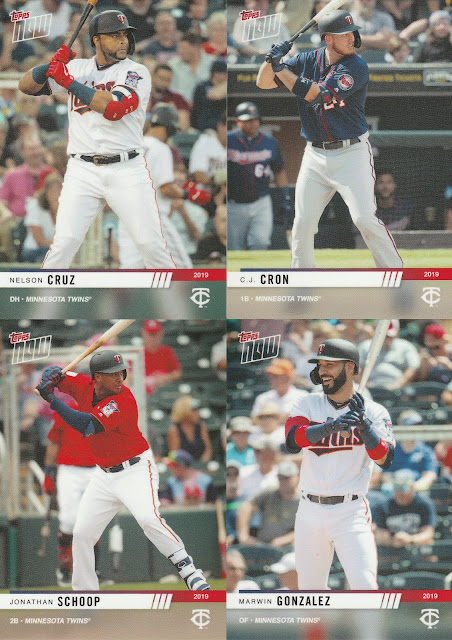 In the mail yesterday, I finally received the Topps NOW Road to Opening Day Twins team set! All the new position players were included, even Marwin Gonzalez, who signed later on during Spring Training. Only 115 sets were made of the Twins' team cards, I wanted to get these as I missed the set the first time it was offered in 2017. (Don't worry, I bought the 2017 Kennys Vargas card from that set as a single on eBay!)

Last year, the backs all had exactly the same text, not even mentioning the player's name. This year, Topps made the minimum additional effort by adding a little blurb about each player. 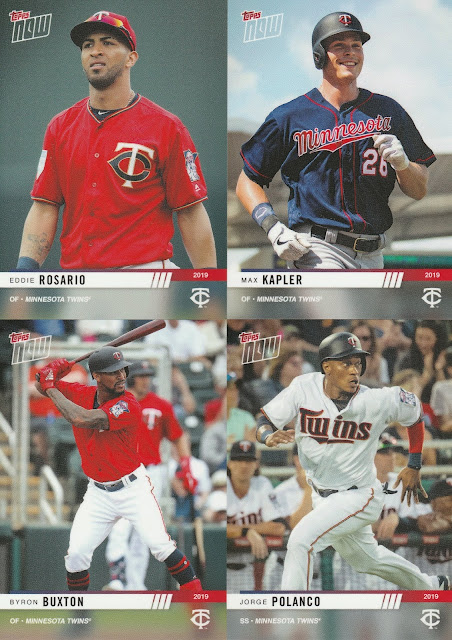 The team's young nucleus was all represented, too. 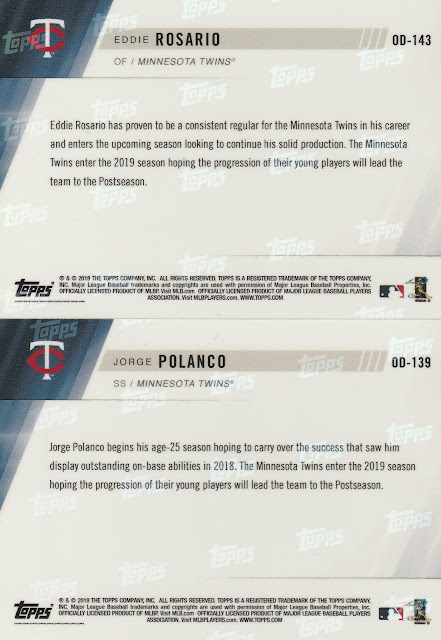 Jorge Polanco's card is foreshadowing (aft-shadowing, since the card just showed up?) how Polanco's on base skills would be put to work on April 5th in Philadelphia. 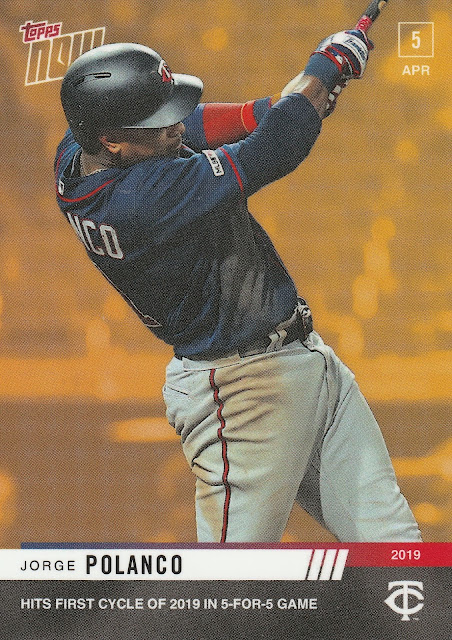 Like I said in the title - the Cycle comes Full Circle! Topps adds bonus cards throughout the year if there's a no-hitter, or a player hits for the cycle, a 3-HR game, or a 15+ strikeout game. They are also giving out a bonus card if the team is in 1st place at the All-Star Break.

Last year I paid the premium for the autograph version of this set, but this year Topps only offered the auto for the popular teams, a bit of a bummer since last year I received a Dozier autograph and I was all ready to roll the dice again.
Posted by Brian at 4:38 PM