Showing Up Is Half The Battle 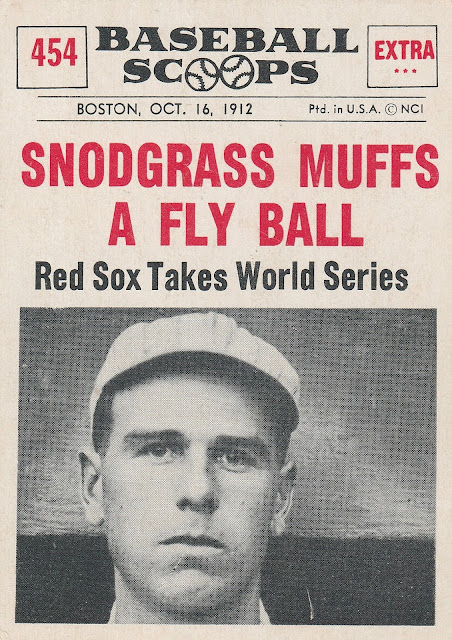 It's been several months since I made the trip out to the monthly card show. Months of poor weather - cold temps and feet of snow and ice - kept me from the long trip. But a little rain couldn't stop me today, and it was a chance to take a collecting road less traveled with some oddball cards.

Snodgrass always reminds me of Ken Burns' documentary, Baseball, and the George Plimpton interview in which he talks about how something as small as a single play in a baseball game can come to define a person's legacy. 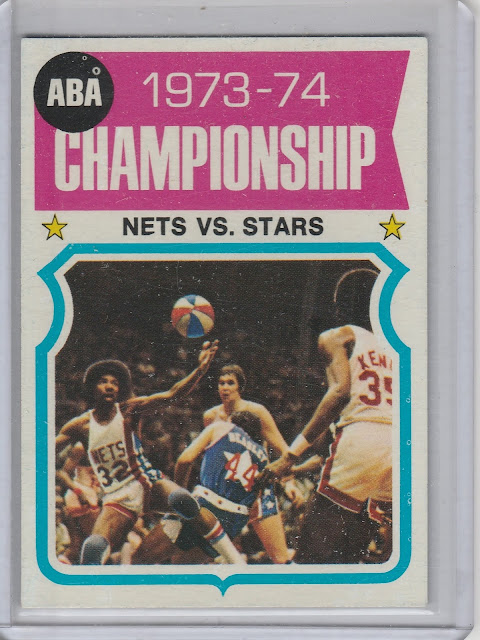 Can't explain it, but I was feeling like looking at and buying some 70s basketball cards. The ABA just had some great style. Dr. J is front and center. 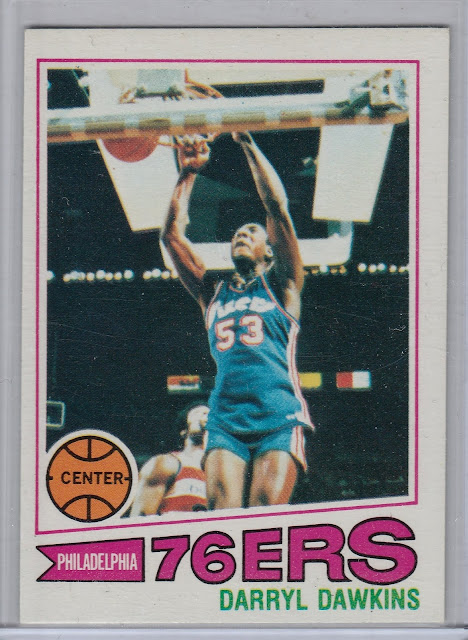 Speaking of front and Center - it doesn't get much better than Chocolate Thunder! This is Dawkins' Rookie Card, shortly after he arrived from the planet Lovetron to dunk on you. 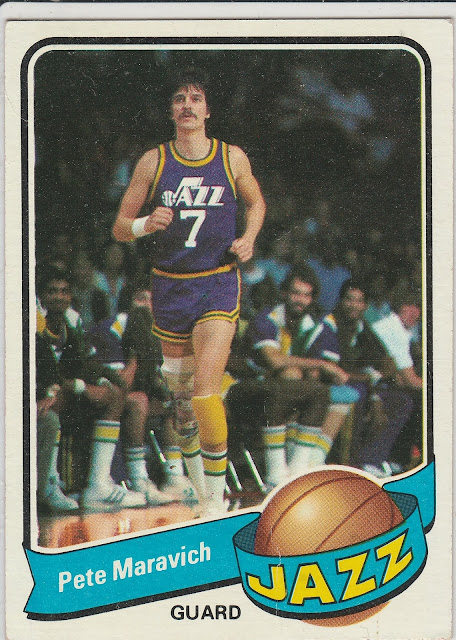 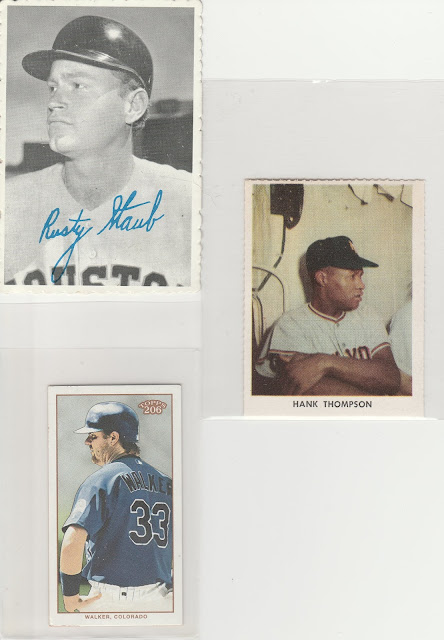 Okay, back to baseball, but let's start small - I just need a few more of these Deckle Edge cards for a complete set. 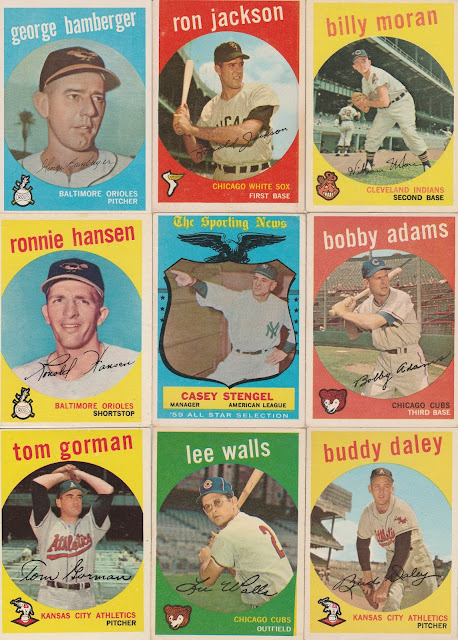 Of course, I'm still working on the 1959 set, adding 9 today. Seven of these were in a 50 cent bin, and there were two high numbers, future manager Bamberger and "current" manager The Old Perfesser hisself, Casey Stengel. 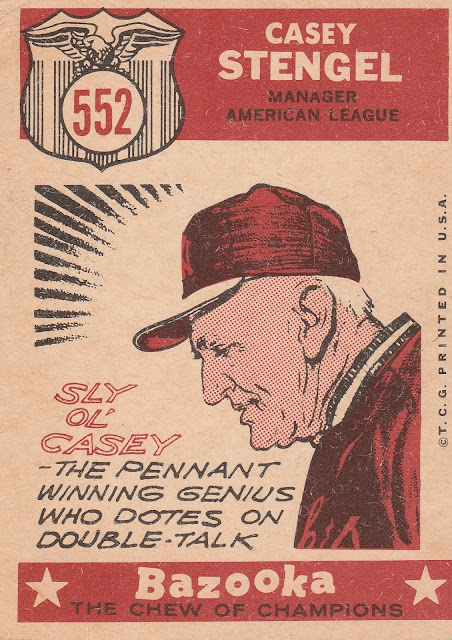 Love the backs of these All-Star cards. 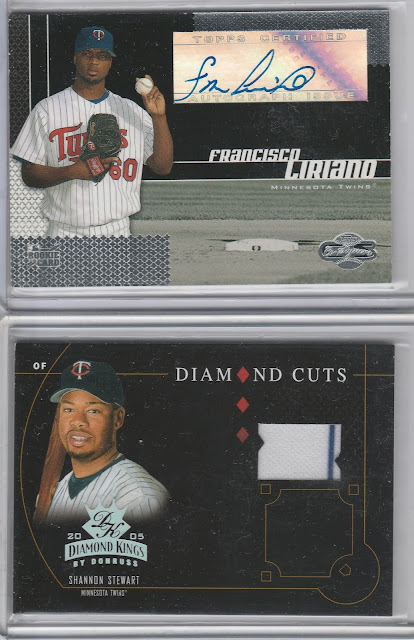 I made room for some Twins - Shannon Stewart is numbered to 100. This Liriano card was a hot ticket back in the day, the vendor I bought it from pointed out that it was going for nearly $40 back when it first came out. $3 was more reasonable today. 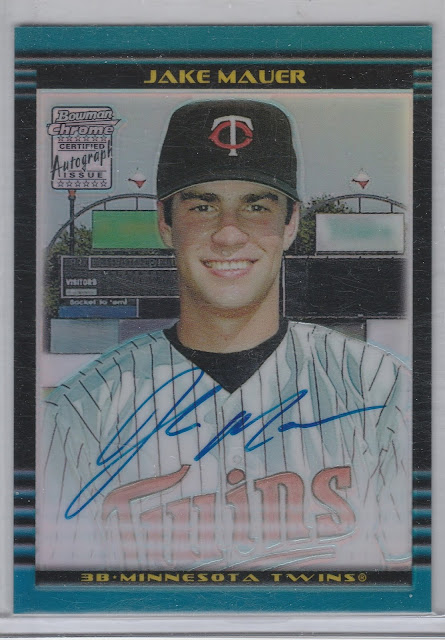 That's not a typo, Jake is Joe's older brother and long time Twins minor league coach and Manager. They had pretty similar signatures back in the day, Joe's was / is a little more legible. 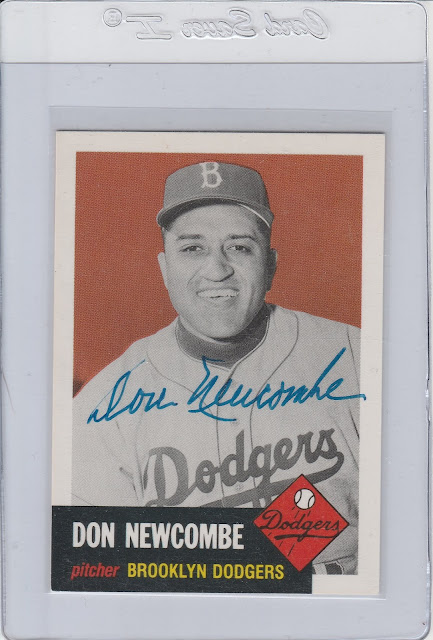 No COA included with this one, so not certain it is legit, but I don't have any plans to re-sell it. I now have Newcombe, Mudcat Grant, and Dontrelle Willis autographs, I will keep an eye out for the rest of the "Black Aces," African-American 20 game winners. 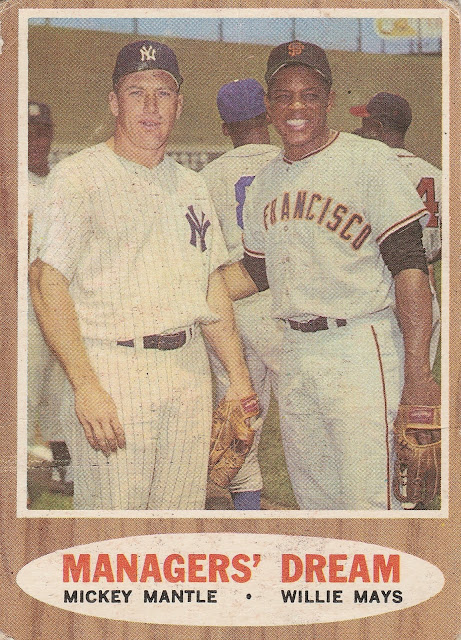 And the big ticket item for the day was this gem, for just $20! I am always on the lookout for the Mantle/Aaron card from the 50s, but this one is just as great if you ask me!