There are so many cards out there, and the seemingly endless stream of new cards for retired players means we'll probably have every remotely baseball related image converted to cardboard at some point.

There are a few, though, that might not happen, and that's a shame. As a Twins fan, here are ones that are near and dear to my own subjective taste.

It's almost Valentine's Day, and with that in mind, I think a card commemorating the Hall of Famer's first love is appropriate. ﻿This is a classic Blyleven image, and it is pretty harmless in my opinion. I think adults and kids alike would love a card with this image. 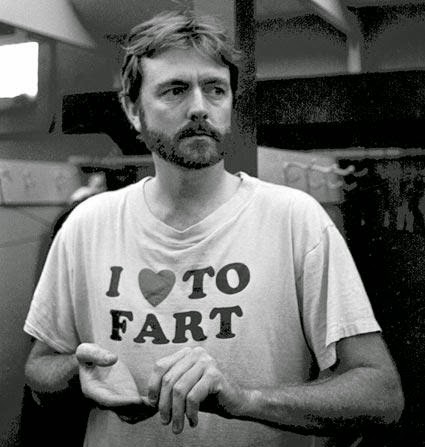 Is he about to pull his own finger?

Jim Jam loves to mash taters, and we love him for it. This particular tater was mashed so hard, however, that Delmon may never be the same again. I'm thinking Sportflics could come back for this, or someone could figure out how to make these from Baseball Card Breakdown in real life. Check out one of the greatest reaction shots of all time:

Bruno was the Twins' representative for the 1985 Home Run Derby, and he managed to hit the winning home run to lead the AL to victory (at the time they played for a league victory instead of an individual winner). (Video) Would have loved to see a card commemorating that moment: 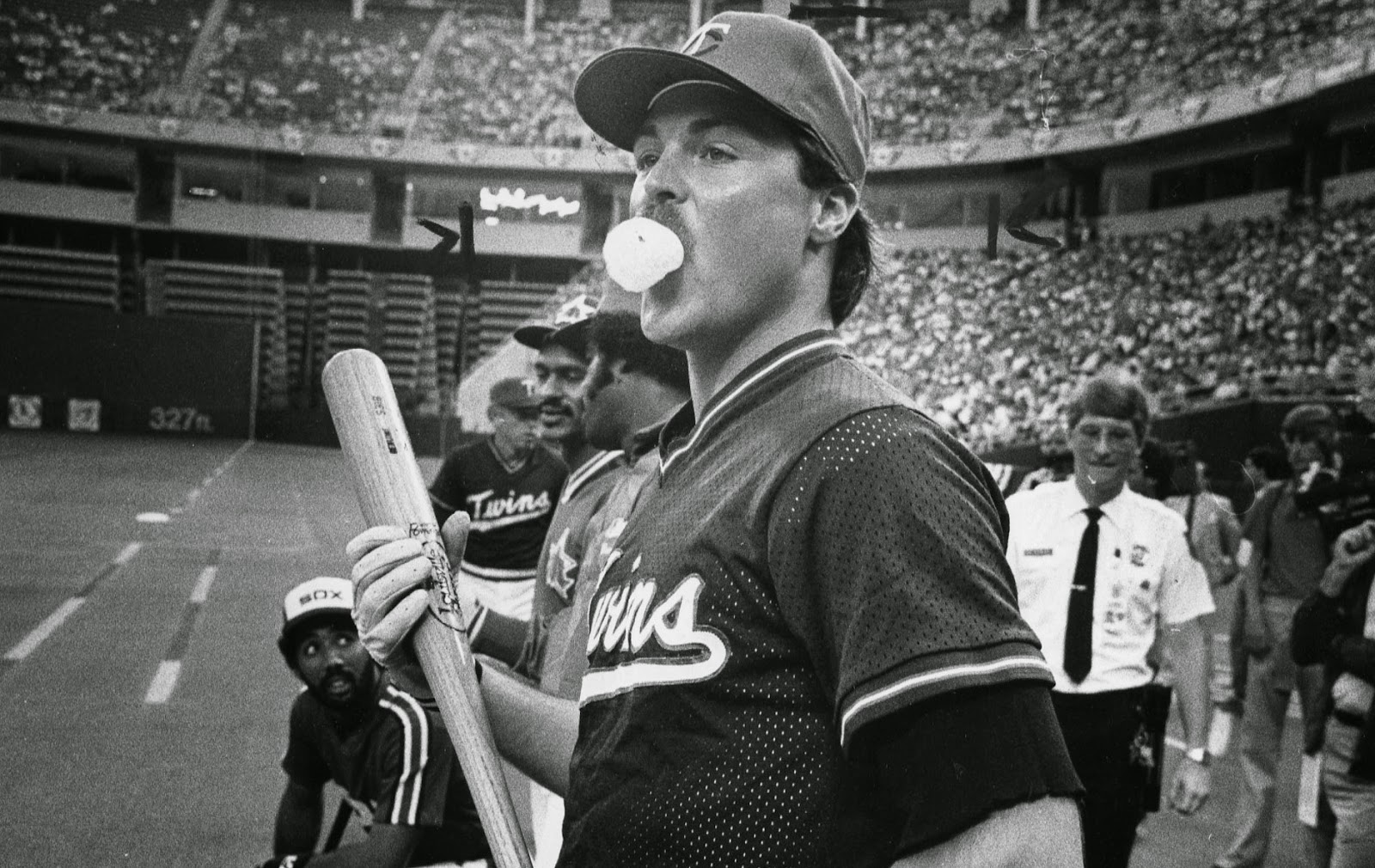 Here's a great article covering the event - The Twins had just won the AL pennant, and returned home from Detroit to get ready for the team's first World Series appearance since 1965. I think a Juan Berenguer Card would be pretty spiffy: 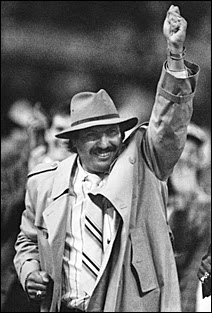 ﻿Tigers fans may want to look away at this one. The Twins win a dramatic 12 inning game at the Dome, the last regular season game ever played in the building.  Carlos Gomez scores the winning run - why wasn't this image the 2010 Topps Twins team card? 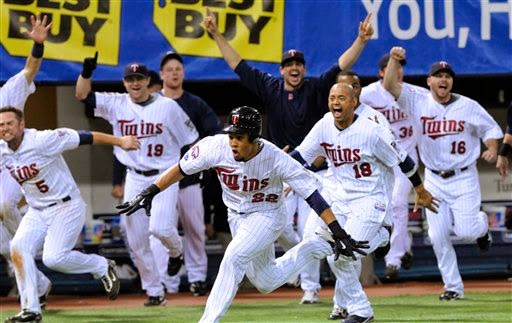 What are some great moments in baseball you wish were captured on a card?
Posted by Brian at 4:10 PM