"A," It's the Minnesota Twins!

After a long and painful ordeal hunched over some monster boxes, I've finally arranged all my Twins cards by letter. 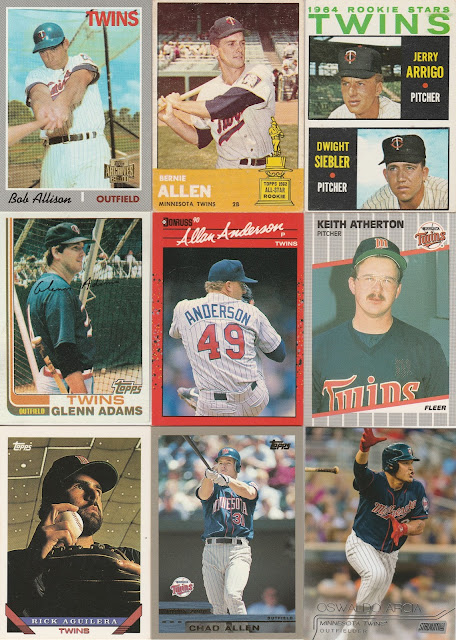 Here's a sampling of the more notable "A" named Twins. 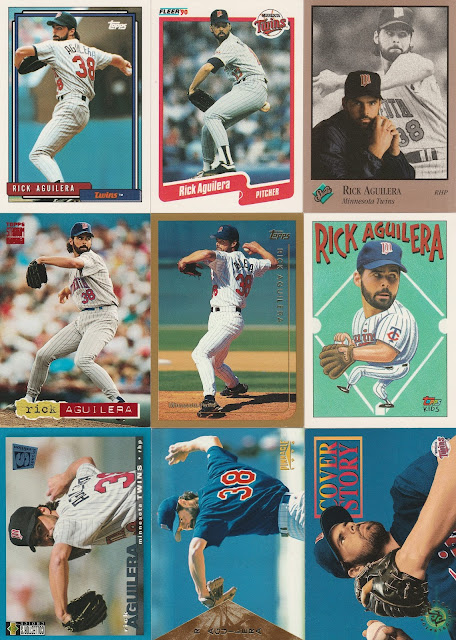 The best pitcher by far in Twins history with the last name "A" is Rick Aguilera. He came to the Twins from the Mets in the Frank Viola trade, and was converted to be the Twins' closer. He's second all-time on the team in saves with 254 (behind Joe Nathan) and was the closer for the Twins' 1991 World Series championship team. "Aggie" was a three-time All-Star - making the team in 1991, '92, and '93. 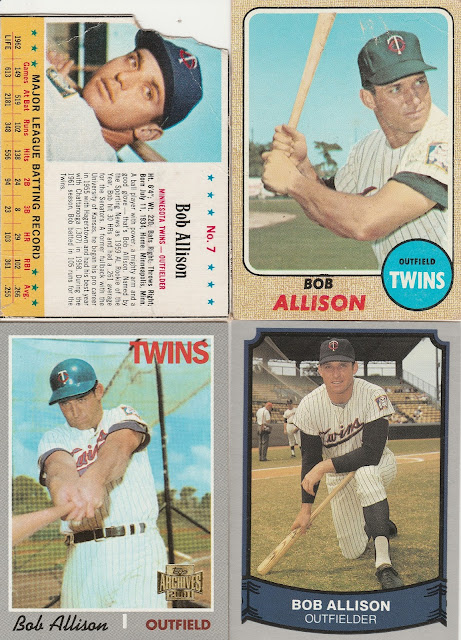 The best position player with the last name "A" was Bob Allison. Allison was the 1959 Rookie of the Year for the Washington Senators, and moved to Minnesota along with the rest of the Senators to become the Minnesota Twins. He played his entire 13 year career for the franchise, finishing with 256 career homers. 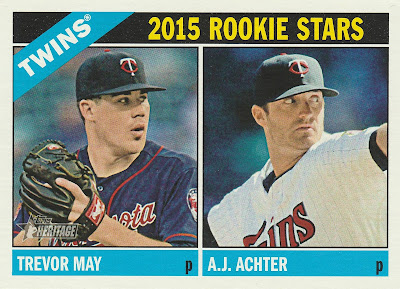 Was hoping to list some of the promising prospects for the Twins with the letter "A," A.J. Achter has moved on to Detroit, and Oswaldo Arcia is now a Padre. 19 year old Luis Arraez swung a hot bat in single A Cedar Rapids last season, but I don't have his card yet.
Posted by Brian at 6:14 PM