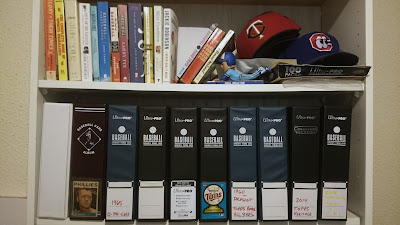 Nachos Grande put out a topic for a Blog Bat Around, and I love having something to write about! The question is - What's the Hardest Set You've Ever Collected (or Tried to Collect)? 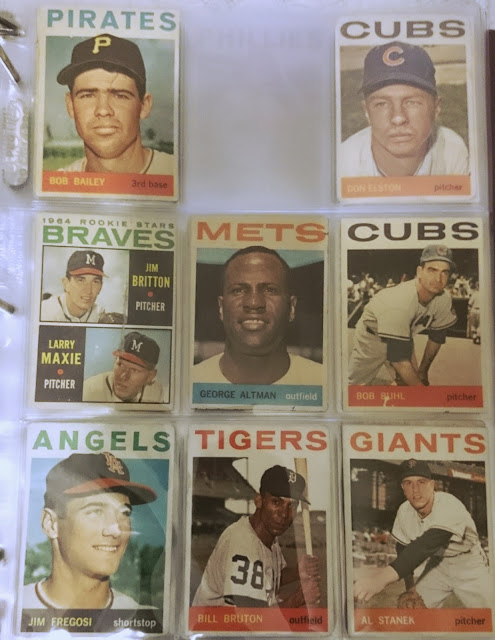 The answer to this Blog Bat Around is pretty easy for me - I've been chasing the 1964 Topps Venezuelan set for a couple years now, and it is extremely rare to find even one card in the wild. I have been slowly picking away at the set, and I finally put them into pages. Still no completed pages, though the page above is the closest. 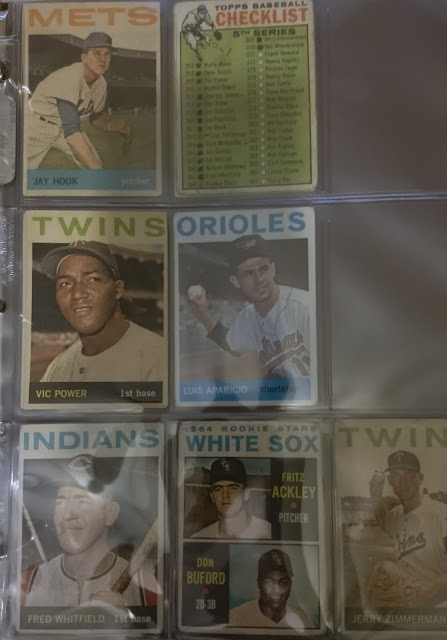 It's hard to tell here, but this is the page with the fewest cards -  just the Vic Power. This is close to the end of the set, I'm not sure if these are more or less rare than the earlier series. Online sales make up most of the set for me. I got started with a nearly complete Twins team set, then found some more at the 2015 National Convention. Oh, and see Luis Aparicio? 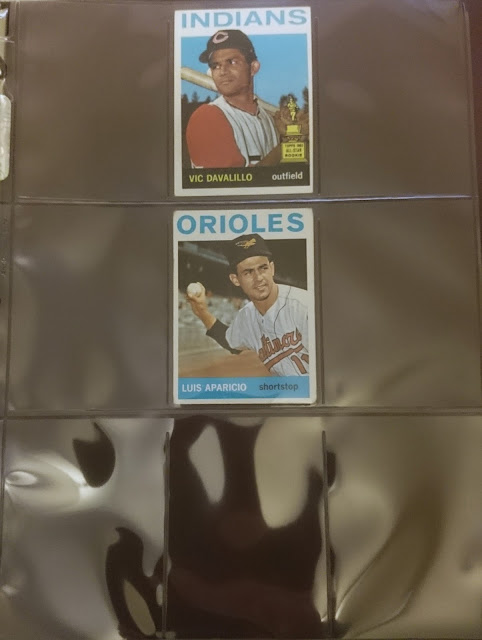 This is the last page of the set-just one card needed. But I decided to include the two Venezuelans in the league, too, even though they aren't in the official Topps Venezuelan set. 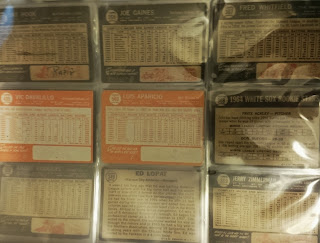 A bummer for Venezuelan fans, their two hometown heroes were nowhere to be found in the set released in their country. I may never be able to finish this set, as there are multiple Mantles, and the other Hall of Famers go for big prices online. If I ever manage to complete this set, it will be quite the accomplishment!
Posted by Brian at 6:20 PM