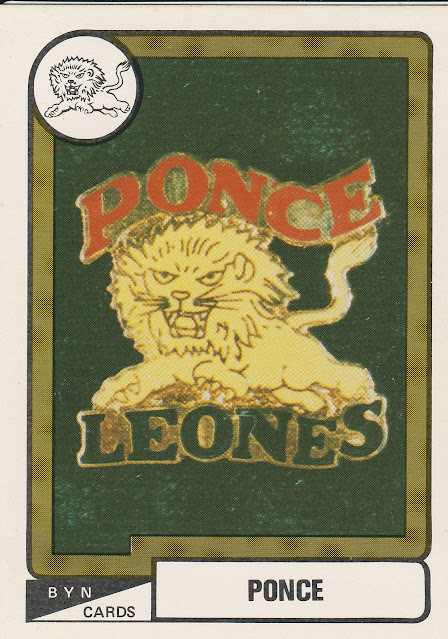 Ponce, Puerto Rico was founded in 1692 and is named after the great-grandson of Spanish Conquistador Juan Ponce de Leon. The Leones, you would think, would be a nod to that lineage - but the team's name actually was coined after the team owner was photographed cracking a whip like a lion tamer. The Leones were formed in 1938, and were champions 11 times. The team folded following the 2016 season. Hurricane Maria devastated Puerto Rico, and the league had to combine some teams and contract others completely. Eduardo Perez (son of Hall of Famer Tony Perez) managed the team to its final championship season in the 2008/2009 season. 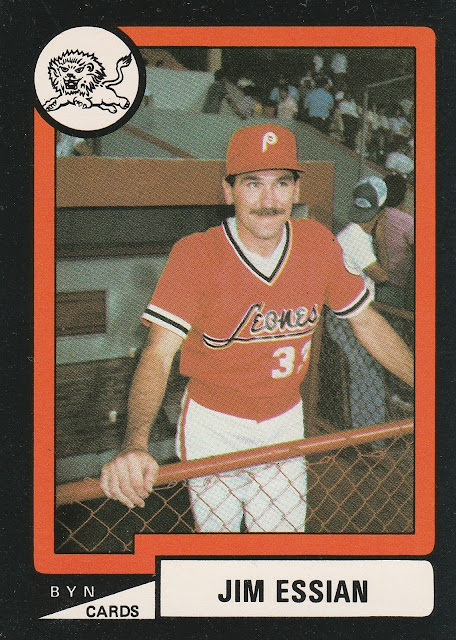 The team's Dirigente, (aka Manager) was future / former Cubs skipper Jim Essian in 1988/1989 when this set was produced. Essian had played in the league himself years earlier for Caguas, teaming up with Gary Carter, Willie Montanez, and Mike Schmidt to name a few. Essian was the Cubs' AA manager the same season he took the helm for the Leones. 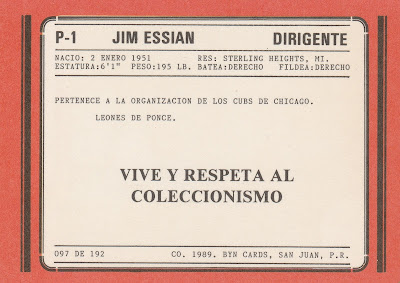 Live and Respect Collecting! I love that. The backs of these cards feature various things to live and respect, such as "sports," "Country," "Religion," and "Culture." 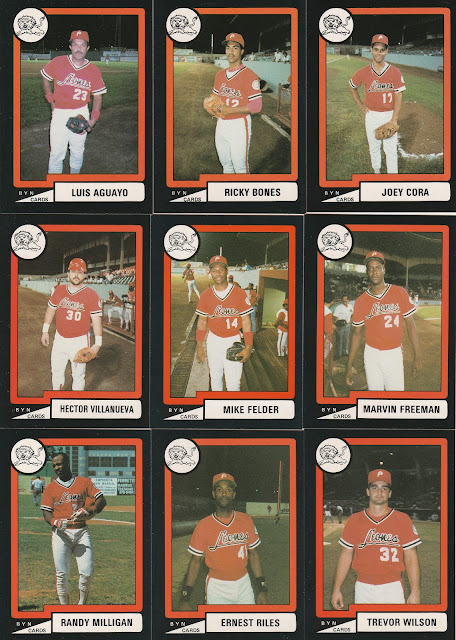 The league was known for providing a place for players to hone their skills in the "off season" - many future MLB players find their way onto the Leones roster - how many of them are memorable to you? 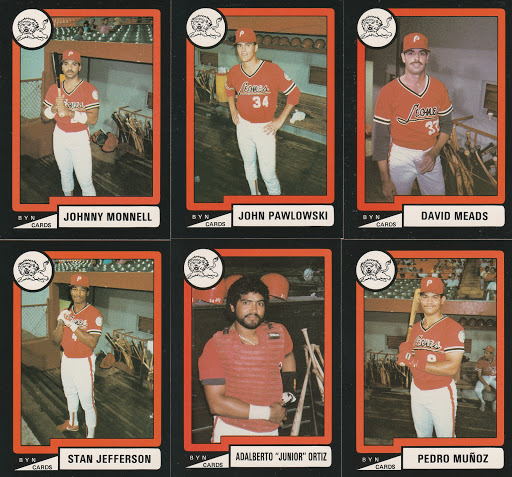 The main reason I picked up this set was for the awesome bat rack cards. As I try to keep the bat rack frankenset going, it's heartening to see all the guys to help me out in a few pages down the line. Ponce is Bat Rack City, baby! Plus, I love adding some less common cards of future former Twins players like Junior Ortiz and Pedro Munoz. 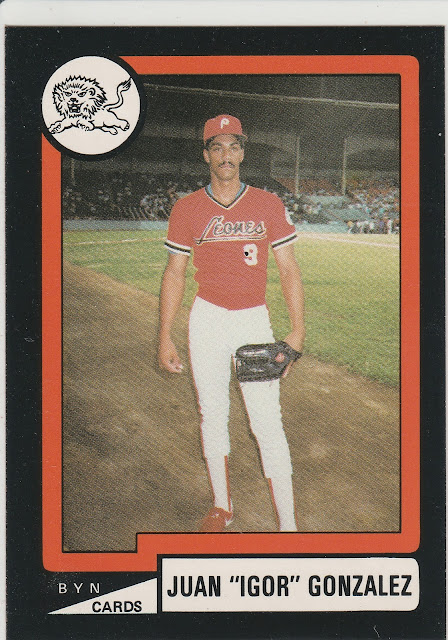 Last but not least is the big name in the set, Juan Gonzalez. Pictured here he is still a few months away from his MLB debut, but he had already picked up his nickname IGOR, which was based on his favorite wrestler, the Mighty Igor. He called himself "Igor the Great," his friends were willing to compromise and just called him Igor. 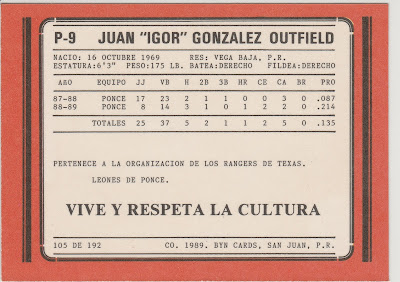 Live and Respect the Culture everyone!
Posted by Brian at 5:33 PM