This is a series of posts on a 1980's Frankenset. Each page features a different team, with 9 of my personal favorite cards from that year's team. You might find players repeated, you'll definitely see brands repeated, but hopefully you'll agree that there are some interesting selections from the 1980s!
In 1981, Oakland won the AL West after a first place finish and a sweep of the Kansas City Royals in the ALDS. They would get a taste of their own medicine in the ALCS, as they were swept by the New York Yankees. Numerous articles and tributes have been written about the 1981 A's. Led by Billy Martin, the team won their first 11 games of the season and never really looked back. 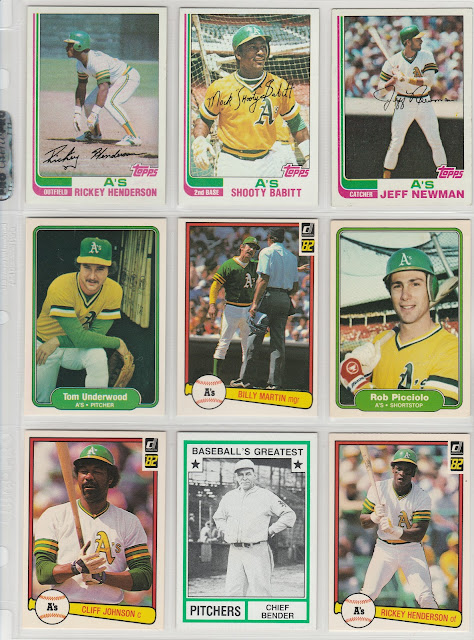 The following season featured Rickey Henderson's greatest base stealing display, but little else from the rest of the team. They finished in 5th place in the AL West, with a 68-94 record. Billy Martin was out following the season, with many questioning his over-reliance on his starting pitching, and wondering if the "Billy Ball" formula was only a short term solution. The June draft in 1982 also yielded some hope for the future -- in the 15th Round, the Athletics scooped up Jose Canseco out of high school in Miami. 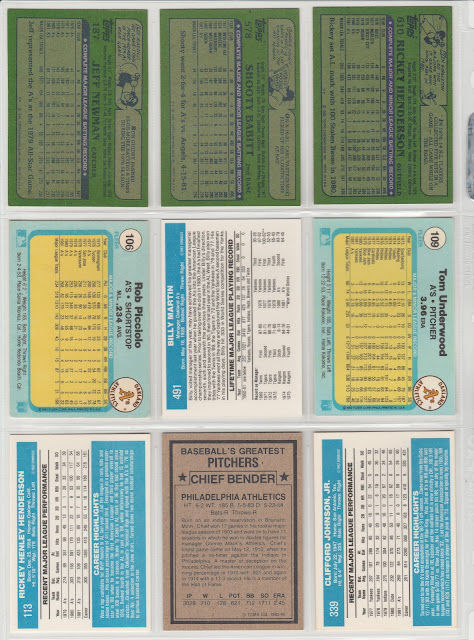