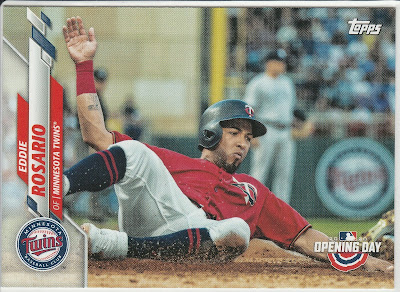 Well well well - we might not have any baseball right now, but the thrill of the chase is still alive. This year, I am chasing a ROSIE RAINBOW so buckle up! Opening Day is a "budget" release, so the parallels don't get too crazy. 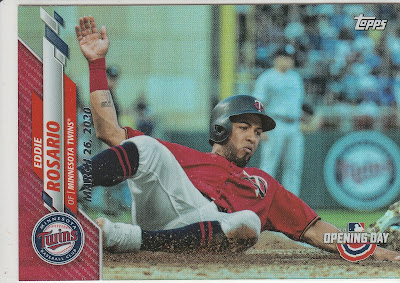 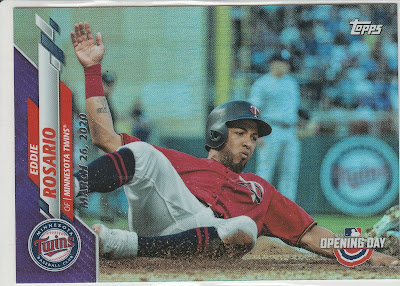 A Purple Parallel from Meijer. 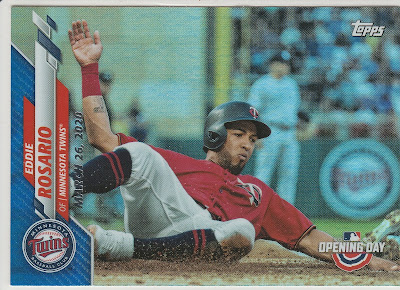 The "official" Blue "Opening Day" parallel, which has a reported print run of 2020 copies. 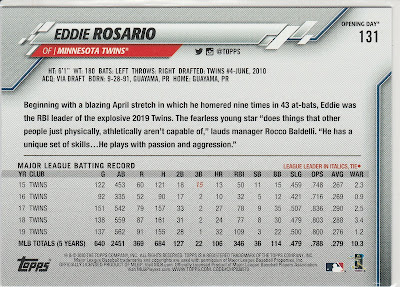 It's not numbered, though, so we'll just have to take Topps' word for it! 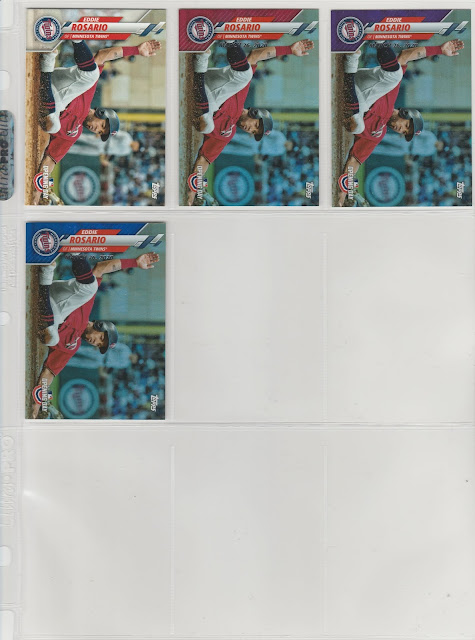 Here's the rainbow so far! 2020 Topps series 2 is still currently scheduled to be released in June, I will be hunting all those pesky parallels, including the clear/acetate parallel numbered to just 10 copies! 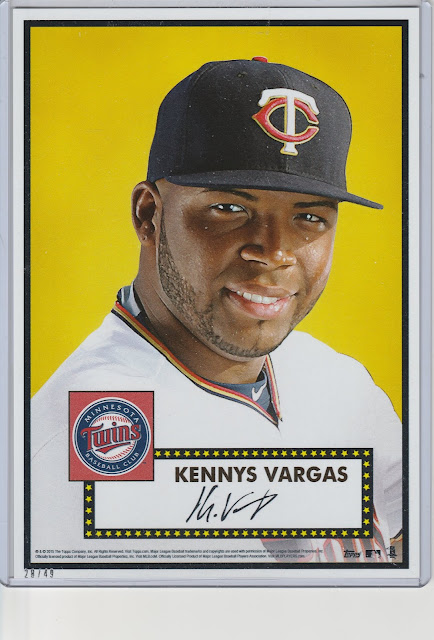 Of course you may recall as regular readers of the blog my "White Whale" is a Clear Parallel of Kennys Vargas from 2015. That ship has sailed most likely, to mix a metaphor or two. But I did find this fun 5x7 of Vargas that was an online exclusive in 2015. This was part of a Twins team set, but I just grabbed the single off eBay for a few bucks.