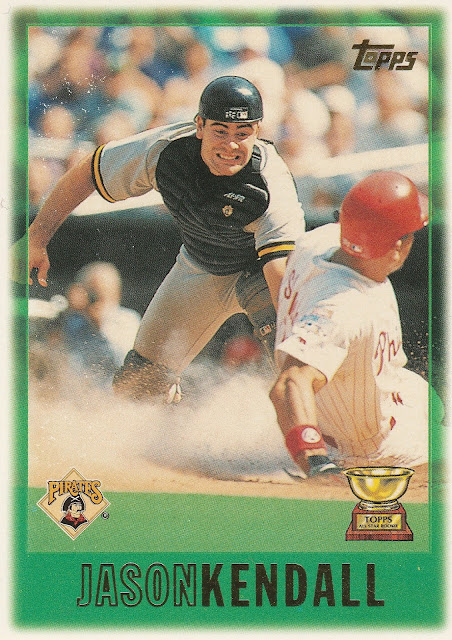 Some might say that Jason Kendall had catching in his blood. That's because his father Fred Kendall was also a MLB catcher, with a 12 year career for several teams. Jason spent little time making a name for himself- earning a trip to the All-Star Game in his rookie year. He hit .300 and turned in stellar defense behind the plate, quickly creating a rapport with his pitching staff. Kendall finished 3rd in the NL Rookie of the Year balloting. 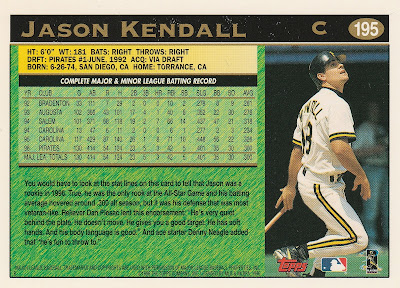 Right from the start, Kendall was a rock - Catching 130 games in his rookie season. He also was stingy with strikeouts, with just 30 Ks in 471 plate appearances. Few catchers in the league in 1996 combined his level of defense and hitting ability, let along first year players, so he was the obvious choice for the 1996 Topps All-Star Rookie Team. 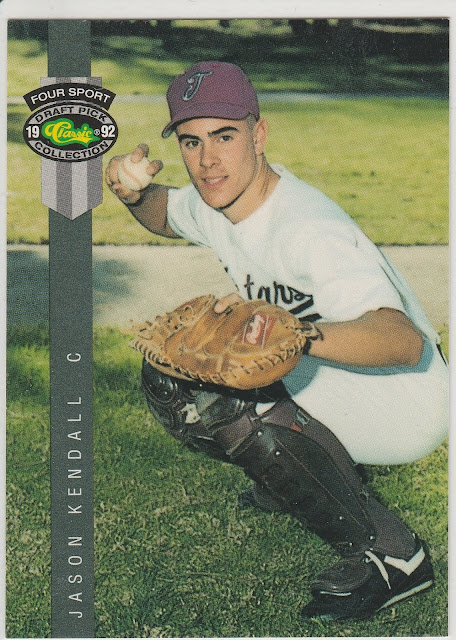 Kendall grew up in Southern California (his dad played several seasons in San Diego) and attended high school in Torrance, CA. He was already a talented hitter -- He hit safely in 43 consecutive games from 1990 to 1992 which tied a National record.

The Pirates drafted Kendall in the 1st round - #23 overall. He worked his way quickly through the Pirates' minor league system, mixing great defense, hitting for average, and speed. Kendall stole 14 bases for AA Salem and then in AAA in 1995 hit .325/.414/.448 and stole 10 more bags. He was more than ready for the big leagues. 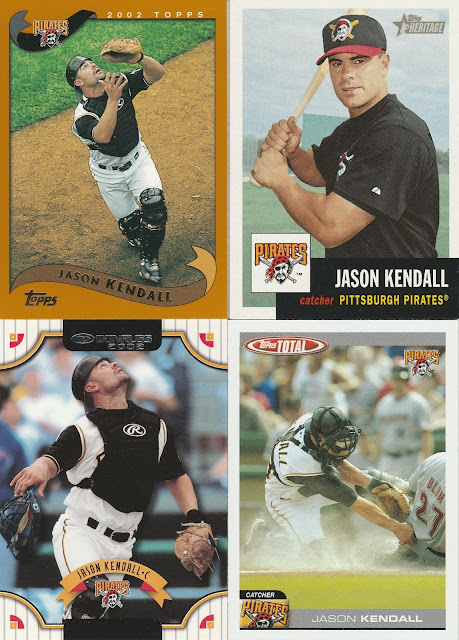 Kendall had a serious ankle injury in 1999 that could have derailed his career. He would would come back strong the following season, even hitting for the cycle in 2000. Over his Pirates tenure, he became their all-time leader in games caught, stole 140 bases, and slashed .306/.387/.418 over 9 seasons. 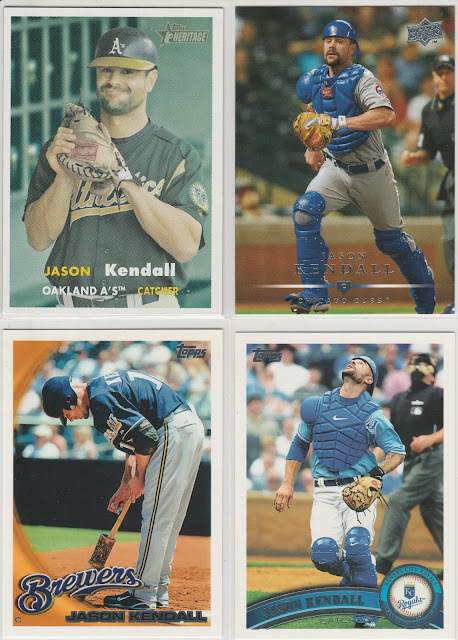 Once Kendall was traded from the Pirates after the 2004 season, Kendall began a nomadic pilgrimage around the big leagues. He spent 2 and a half seasons with Oakland, half a year with the Cubs, 2 years with Milwaukee and a final year in Kansas City.  He made his first post season appearance of his career in 2006 with Oakland, facing off against the Twins. Kendall's rate stats fell off considerably at this time, at one point he had the lowest slugging percentage among all qualified MLB hitters, and in another season (2007) had the lowest OBP and 2nd lowest slugging in the league. 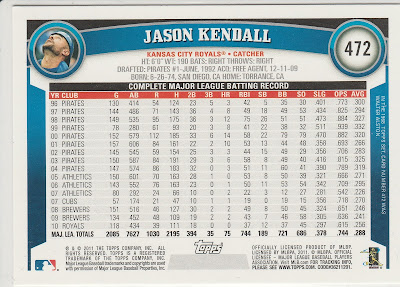 Despite those declining stats, Kendall still had a great reputation in the league as a tough competitor. His ability to block pitches in the dirt and call games made him an asset even as shoulder issues hurt his ability to throw out base stealers. He continued to pile up hits, too, and surpassed 2,000 career hits in 2009. At the time, he was just the 8th full time catcher to reach that milestone. He also holds a record for most stolen bases in a single season by a catcher in the modern era, when he swiped 26 bases in 1998. He was known for crowding the plate - he ranks 5th all-time in HBP.