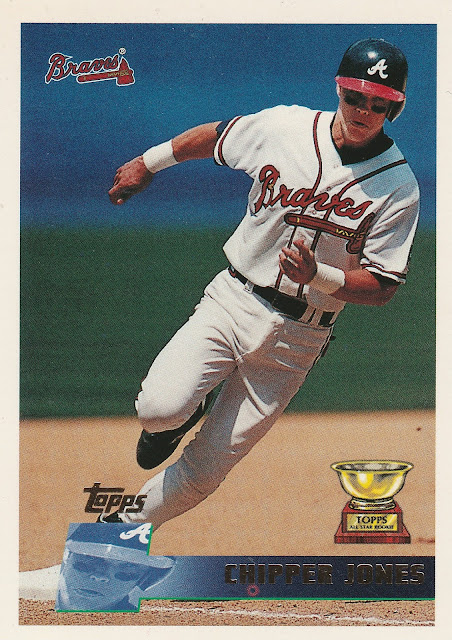 Chipper Jones was an obvious choice for the 1995 Topps All-Star Rookie team. The runner-up for the 1995 Rookie of the Year, Jones led all rookies in games played, runs scored, and Runs batted in. He had 48 extra base hits and swiped 8 bases while playing as the everyday third baseman on the World Series winning Atlanta Braves. 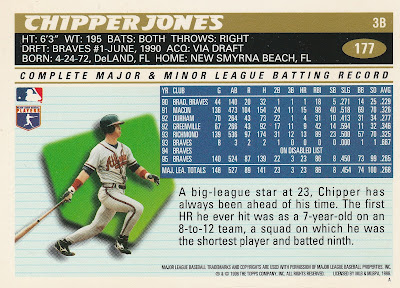 Jones tore his ACL in spring training 1994, delaying his rookie season by a year. He was hoping to compete that season for the left field job, vacated by an injury to Ron Gant in the off-season. Following the year away he embarked on a long and otherwise healthy career as one of the most prolific third basemen in MLB history. 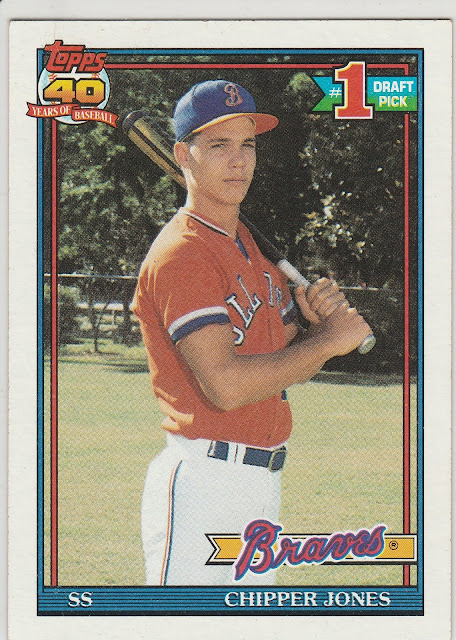 Jones was the #1 overall pick in the 1990 MLB draft, selected in part because pitching phenom Todd Van Poppel was reported to be unwilling to sign in Atlanta. Jones may have been the 2nd choice, but he turned out to be the right one. He was a Short Stop and a pitcher in high school, hitting .483 as a senior and pitching a sub 1.00 ERA with 100 strikeouts to just 25 walks allowed. 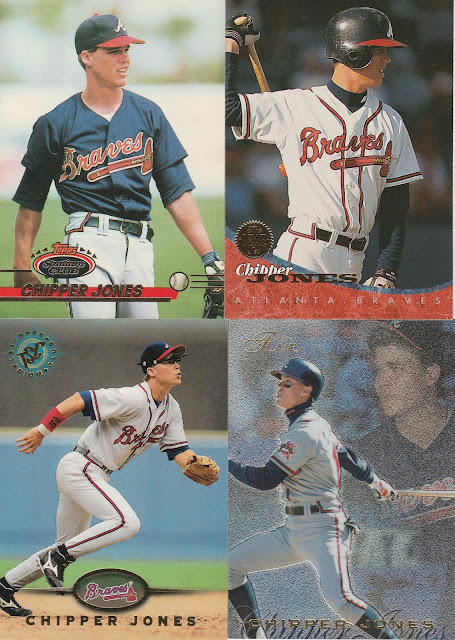 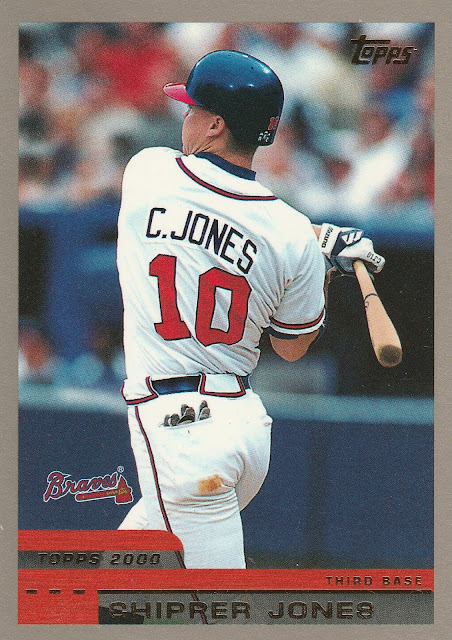 In 1999, Chipper Jones was the NL MVP, and he didn't make the All-Star team. The squad had Matt Williams starting at third, and Padre Phil Nevin and Pirate Ed Sprague as the reserves. Jones did take home his first Silver Slugger award that year, after hitting 41 doubles, 45 homers and slashing .319/.441/.633. His OPS+ was a filthy 169. He led the NL in runs created with 165. 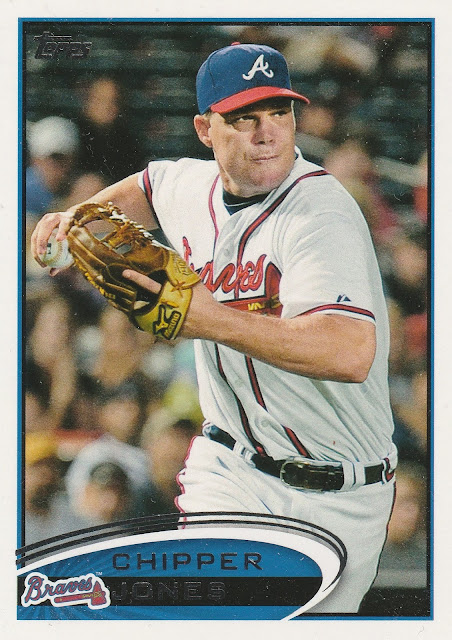 Over the course of his career, Jones would make 8 All-Star teams, win 2 Silver Slugger awards, and add a batting title in 2008 for good measure. He also led the NL with a .470 OBP that year. He is the all-time MLB leader in RBI among 3rd basemen, and leads the Braves franchise in career OBP. He's only the 2nd switch hitter in MLB history (Mickey Mantle is the other) with a career OBP over .400, slugging over .500, and more than 400 homers. He finished his career hitting better than .300 from both sides of the plate. 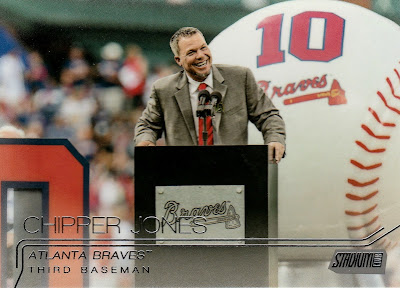 The Braves retired his number in 2013, and he was elected to the National Baseball Hall of Fame in 2018.