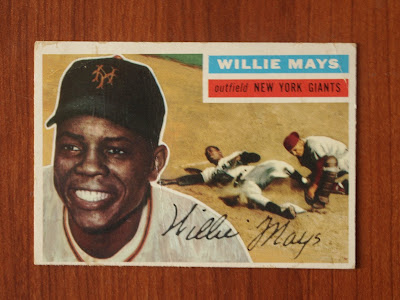 What more do you need? The vintage seller I frequently buy from had this card held for me since the last show. He sold me a Ted Williams last time and showed the Mays to me as well - too rich for my blood, at least it was a couple weeks ago. 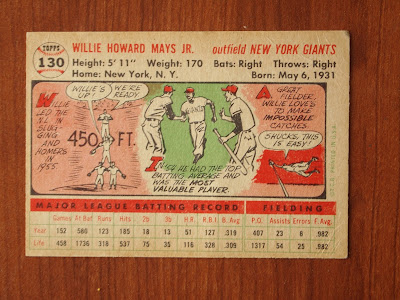 Of course it is part of my set build for 1956 Topps, but if this isn't somewhere on your wish list, all I can say is we got different lists.

The other card the vintage guy had for me had been held for... geez, months now: 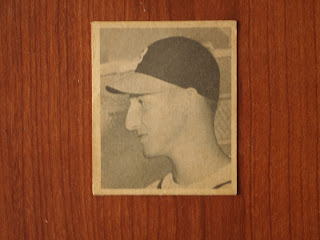 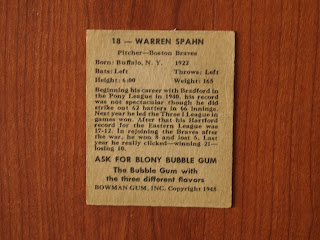 This card broke my previous record for most $$ spent on a single card, and it took putting aside some cash for a couple paychecks before I felt comfortable dropping the big bucks on this one.

Again, it's a card I "needed" to build the 1948 Bowman set, but it would have been on my wish list any way.

Based on my usual card show budget, that would have been it for me this weekend. Since I set that Spahn / Mays $$ aside early, however, there will be more to show later! I also made a trade with another collector, I'll get to that later in the week.
Posted by Brian at 3:15 PM