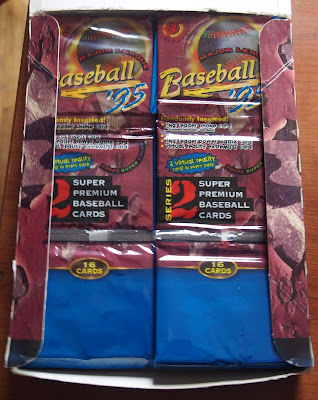 One of the boxes I picked up awhile pack had 6 rack packs of 1995 TSC series 2. Here's what I found in one of those Rack Packs. 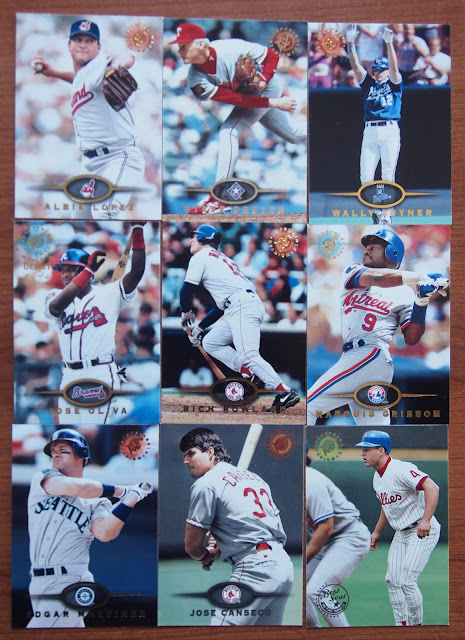 Canseco sighting, this time in Boston - he was quite the mercenary after his first stint in Oakland.
The last card is part of a subset called "Best Seat in the House" featuring info on the various MLB stadiums. 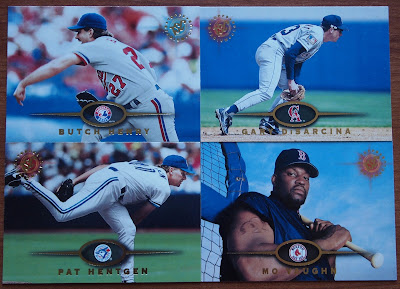 Mo Vaughn looks like a bad dude - check out the double omega branding on his bicep. whoa. 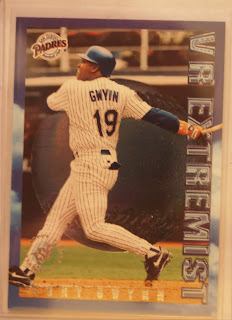 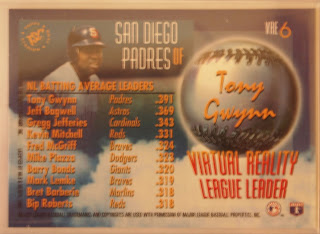 There's something very depressing to me about the 1995 Topps sets' Virtual Reality subsets. I get the idea of wondering what might have happened if the 1994 season finished,  but these cards just remind me of the strike.
Posted by Brian at 7:30 AM