In addition to joining the group break that Weston hosted, I also sent some cards his way since he was the very first person to officially follow my blog. Weston returned the favor and included a stack of Twins with the Group Break winnings: 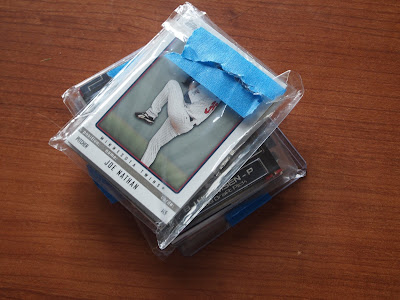 He found some great stuff for me:

The tiny Jacque Jones is at the old Metrodome, and I really like that Brad Radke card.

Paul Molitor has his work cut out for him as a rookie manager, and then there are a couple rookie cards of Twins veterans Trevor Plouffe and Glen Perkins. 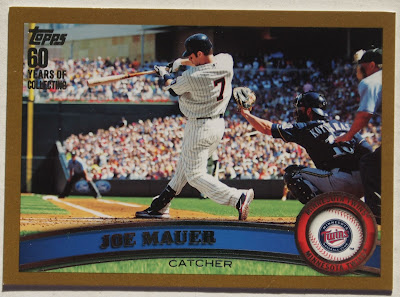 This is one of my favorite Joe Mauer cards - this gold parallel is new to me! 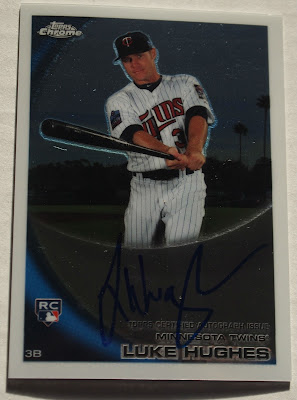 Luke Hughes had a pretty promising rookie stint with the Twins, though he found himself bouncing between AAA and the majors for a few years. In a weird coincidence, Hughes is now teammates with Dan Osterbrock - the minor leaguer who was featured on the low numbered green ink auto pulled from the group break.

Thanks very much Weston, these are Fantastic cards!
Posted by Brian at 7:30 AM