Johnny On the Spot

Yet another awesome mailer came to me recently from Johnny's Trading Spot.  Where do we even begin? 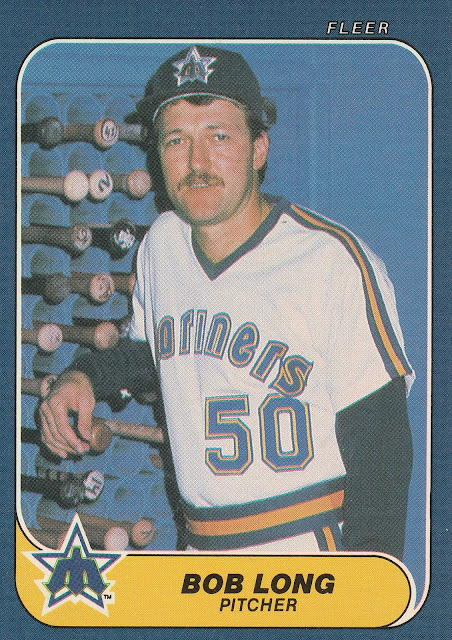 Well, how about a bat rack card? The rest of this post is all Twins, so brace yourselves: 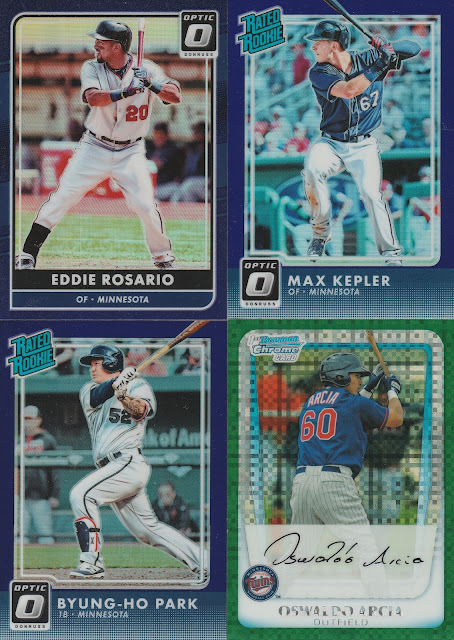 There are always a big stack of parallels, these have been dressed up inside and out with the parallel and the airbrushed uniforms. 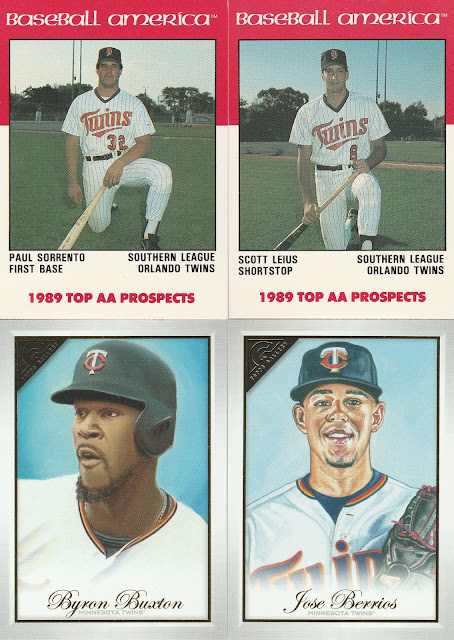 Variety is always in full effect, with prospects old and young. 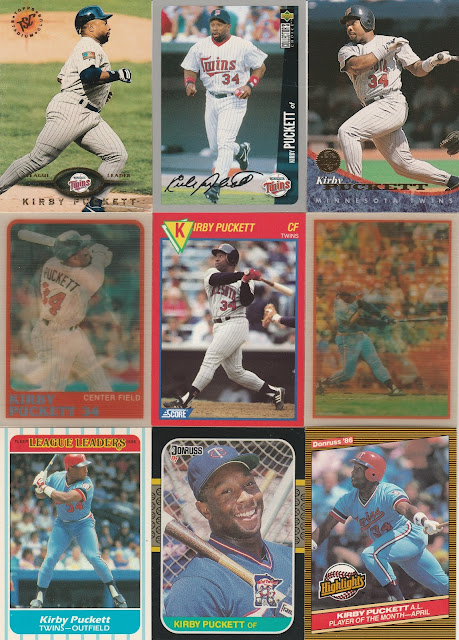 I have more Kirby Puckett cards than any other player, but I think the Silver Signature was new to me, and possibly all three in the middle row - too many subsets and special editions in the 80s and 90s!

These two were both new to me, as there weren't any to be found in my cereal box these days. 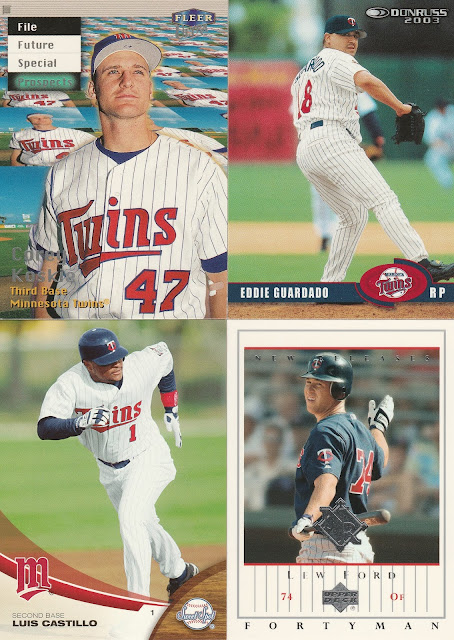 One of my favorite eras of Twins baseball was 2000 to 2005, always a treat to add cards from that half decade. 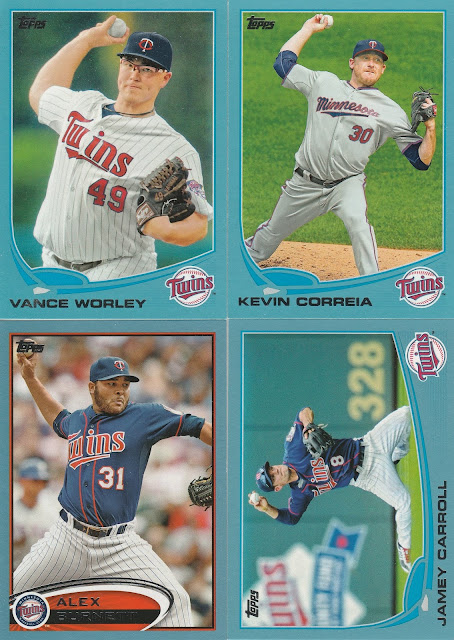 Did I mention parallels? 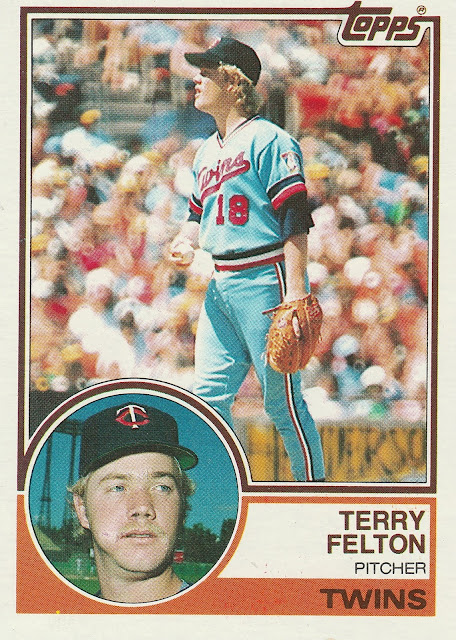 This is a great card, probably my favorite of the stack. Love the soft focus background. Terry Felton started his MLB career with 16 straight losses, leading to his exit from baseball prematurely. At the time of his retirement, he was also the Toledo Mud Hens all time leader in wins, which unfortunately did not translate to success in the majors. Both his 16 game losing streak to start his career, and 0-13 record in 1982 are major league records.  He did record 3 saves in 1982, but by the time this card was released, so was he. Felton went on to become a detective with the Baton Rogue, LA police. 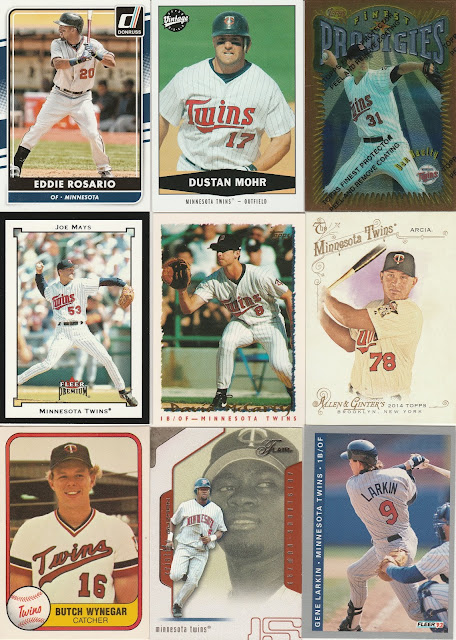 To give a sense of the varied nature of this mailer, here is a sampling of the brands and years included. Thanks again John!