What A Difference A Week Makes

Soooo.... As I was saying, Bartolo Colon drew interest from several teams, and the Minnesota Twins were able to swoop in and sign him to a minor league deal. Speculation is that he could be in a Twins uniform as early as Tuesday against the New York Yankees. 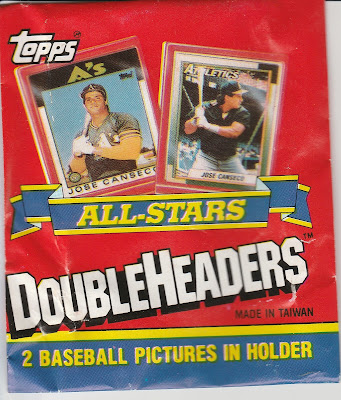 I took a trip over to my local card shop today. Since Three Star Sportscards expanded to a second location, the amount of items out of storage and on the shelves has gone up. There was a nearly full box of these 1990 Topps DoubleHeaders, a strange creation that combined an image of the player's rookie card on one side, and their 1990 Topps issue on the other. 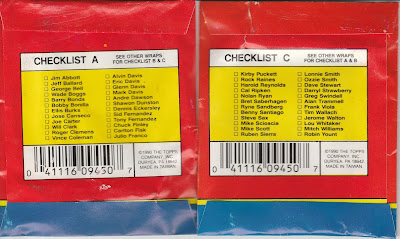 There were 30 packs left, each with one DoubleHeader inside. oddly, there were only "Checklist A" and "Checklist C" packs in the box. 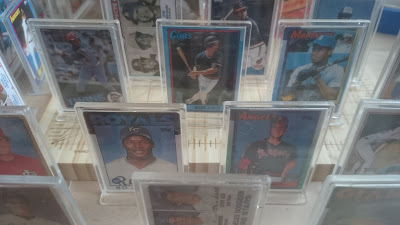 The pictures are thin and glossy like magazine pages, and snapped into place in a plastic stand. 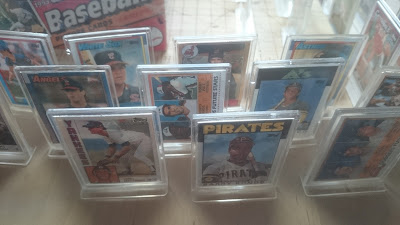 There was a little inconsistency about which card Topps considered to be a player's rookie. Sometimes, they used a Topps Traded version (like Barry Bonds above) or they would use their first flagship card instead. 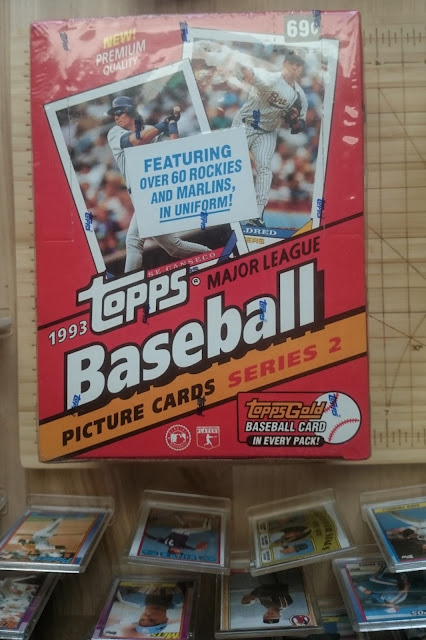 I splurged on this sealed box of 1993 Topps Series Two. It's probably all Derek Jeter rookies. 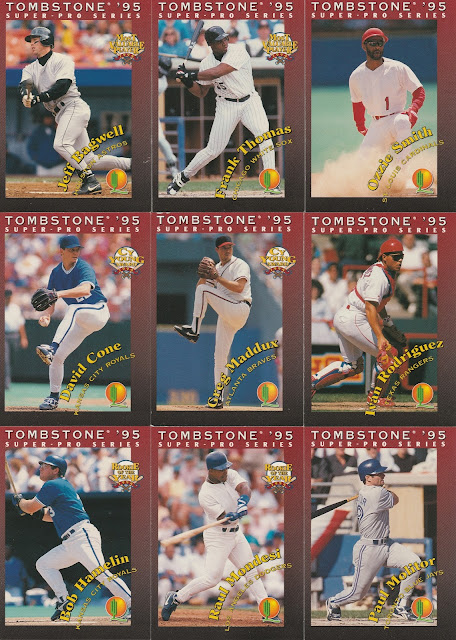 There was a nice collection of oddball sets on a table - Found a fun group of Tombstone Pizza cards for 2 bucks. 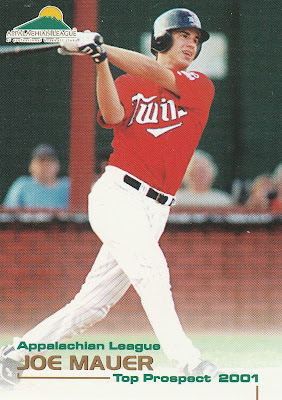 I also picked up a Joe Mauer pre-rookie card from his days with the Elizabethton Twins in the Single A Appalachian League. 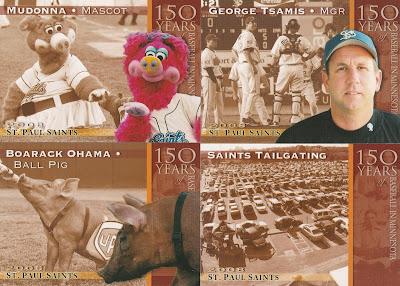 The Saint Paul Saints release a team set every year- in 2008 the set commemorated 150 years of baseball in the state of Minnesota. 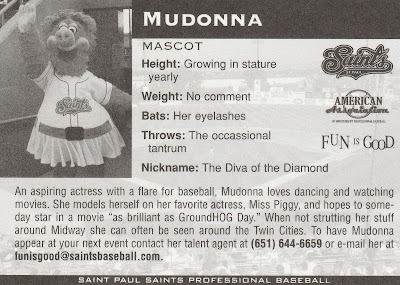 The Saints carried on a tradition from the Veeck family. The son of former White Sox owner Bill Veeck was the principal owner of the team and had no shortage of events and unique promotions to bring in the fans. 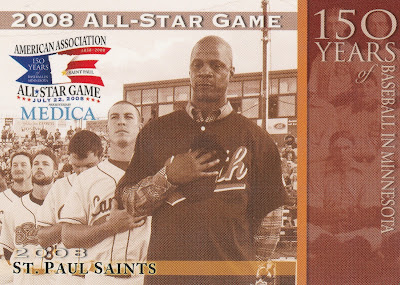 There's a familiar face! Strawberry threw out the first pitch in the 2008 All-Star Game. He played for the Saints briefly before making a Major League comeback with the New York Yankees. 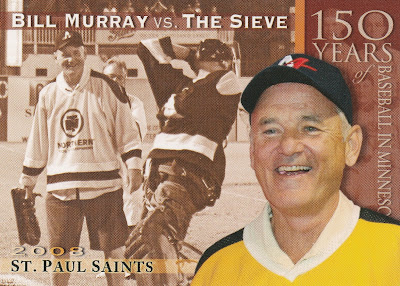 My favorite card in the set - my first Bill Murray card! Murray is a minority investor / co-owner of the Saints, along with a couple other minor league teams in the independent leagues. 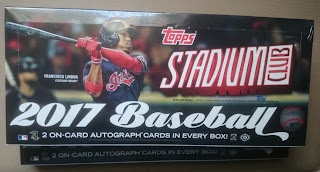 oh and I also bought a couple hobby boxes of Stadium Club, which I will talk about later....
Posted by Brian at 4:52 PM