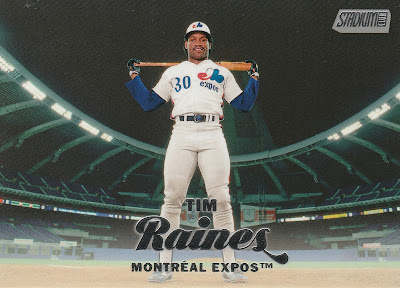 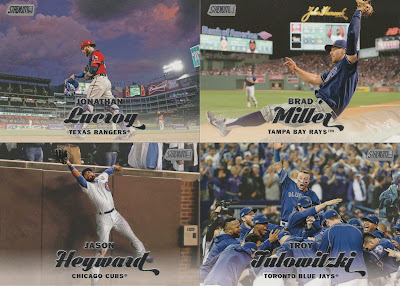 Stadium Club is back in 2017, and the base cards do not disappoint. 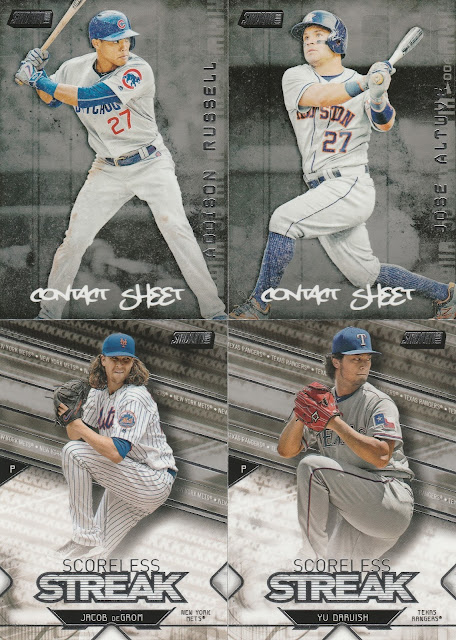 The inserts are a little bit on the boring side - do we need these . . . 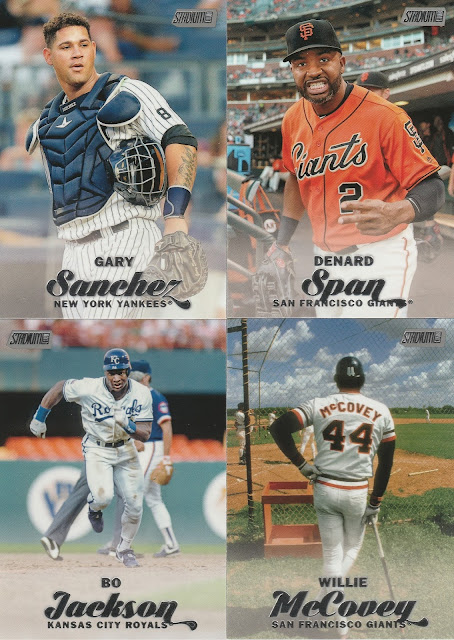 When we could have 1-2 dozen more of these? 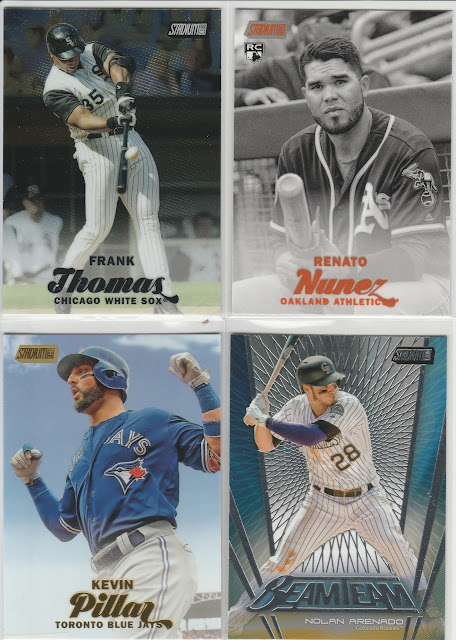 Lots of parallels - Gold, Chrome, etc. Beam Team is not a terrible insert. I didn't pull anything die-cut or clear/acetate this time, maybe they are more rare, or maybe there aren't any?

Gotta show the Twins! I am pretending the Danny Santana card is actually a Jorge Polanco card (Polanco is on the left.) I dig the card either way. Buds at the bat rack! 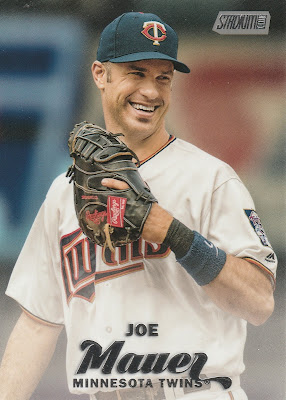 Pulled a Joe Mauer as well, but still short of the full base team set... 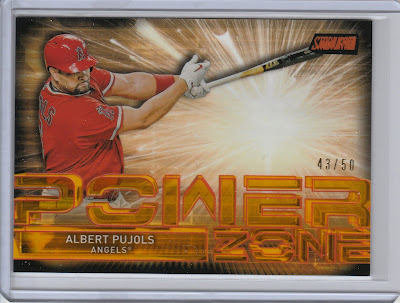 What about hits, you ask? I mean, the base cards are where Stadium Club shines. Even though it's nice to pull a Pujols /50, I'm more interested in base cards. 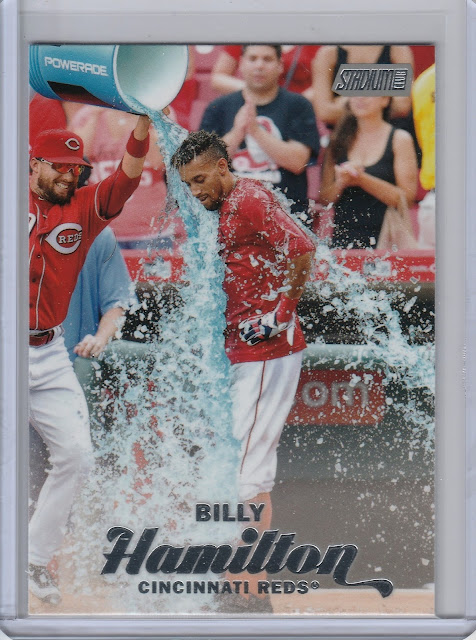 I'm conflicted - this is a SSP photo variation, so I should have been pumped to get this card from my favorite National League team. But Hamilton's regular base card is really cool! I didn't get one in the box, so hopefully I can find one in the wild. 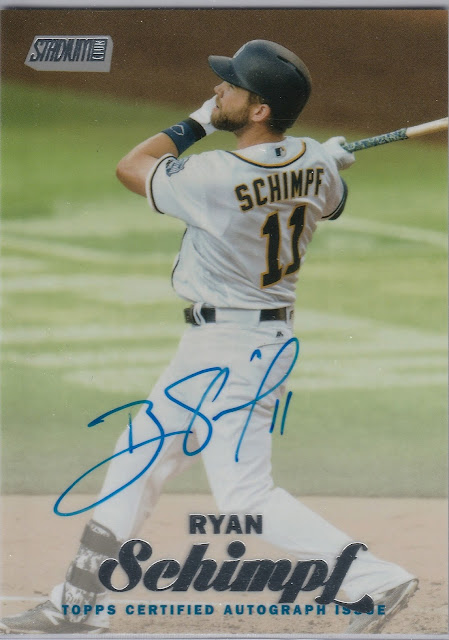 Each box contains two signatures - Ryan Schimpf was pretty much what I was expecting to pull - either a Padre, a Marlin, a Ray... Schimpf is probably on the high end of my predicted autograph. 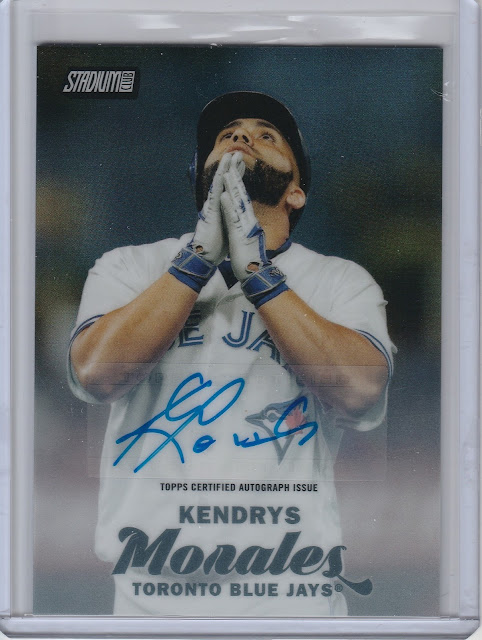 Kevin, check it out! So, I bought two boxes of Stadium Club- box number 2 is remaining sealed until it's my turn for the Transatlantic Triple Break, but I already pulled a great card for the break! This signature is a Refractor, numbered to just 10!

Overall, this box was exactly what I was hoping for - fantastic base cards, a few surprises, a few Twins. I still think they could reduce the inserts to just Beam Team and parallels, and I would have liked the box to have a higher number of base cards, but otherwise this is just what the doctor ordered.