Sometimes You Need a Giant to Slay a Giant

The last time the Twins beat the Yankees in a season series was waaaay back in 2002. In an effort to bolster the back end of their rotation and eat some innings, the Twins signed Bartolo Colon. His first start was last night. Here are a few photos I took during his outing: 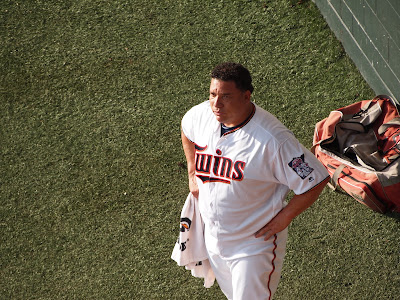 Big Bart looms large in the bullpen before his Twins debut 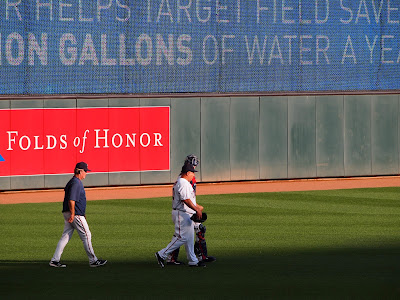 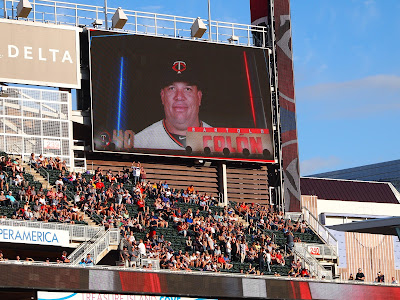 The crowd cheers as Bartolo is announced as the starting pitcher 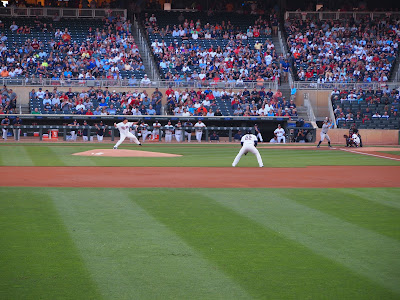 Colon deals the first pitch of the game, ball one. He'd finish the inning by striking out Aaron Judge. 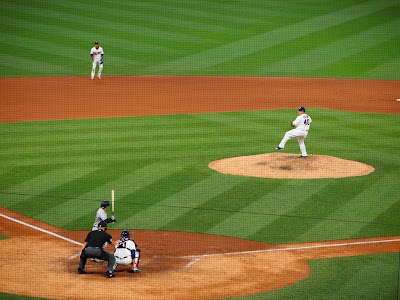 Still dealing in the 4th inning, but Colon would run out of magic and was hit hard with a pair of doubles in the 5th. His final line was 4+ innings, 4 runs allowed. 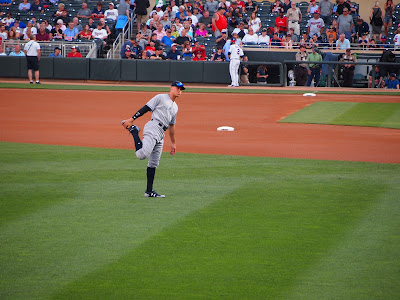 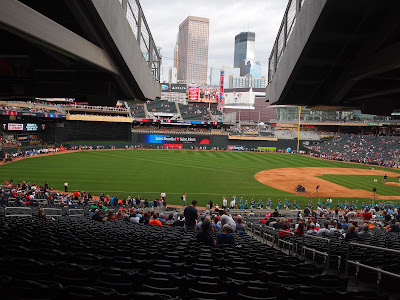 Target Field from the concourse, looking towards Right Field 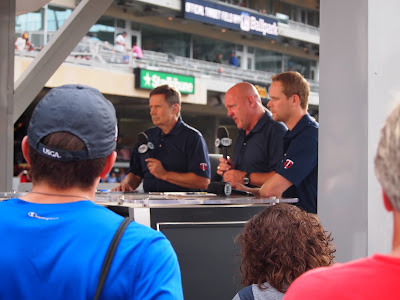 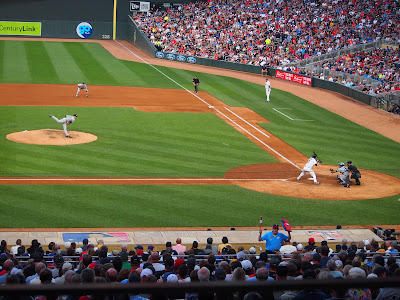 Brian Dozier takes a ball. He would Triple later in the at bat. 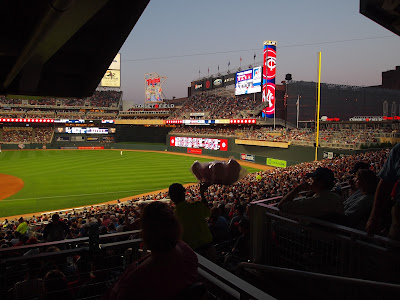 The Yankees have their big inning, Twins Reliever Ryan Pressly gave up 3 hits and allowed 2 runs (not including the runners that he inherited from Colon) 5 runs scored in the inning.

Colon got the loss in the game, and will make at least one more start for the Twins - Monday night in LA against the scorching hot Dodgers. Colon was reportedly mulling retirement following last night's start, I'm hoping he can turn things around and give the Twins some much needed support in the second half.
Posted by Brian at 5:09 PM